Batman Arkham Knight pre-loads are open on Xbox Live, and we finally get to learn the download size of the title for the Xbox One. Batman’s new adventure will require 44.98 gigabytes, which is very close to the 45.4 gigabytes of the PS4 version on the PlayStation Store.

A stunning piece of artwork featuring Poison Ivy, was released via Twitter, and can be viewed below:

Rocksteady has recently released trailers for both the Harley Quinn Story Pack and the Red Hood Story Pack, and they both feature some great gameplay glimpses of the two characters in action. 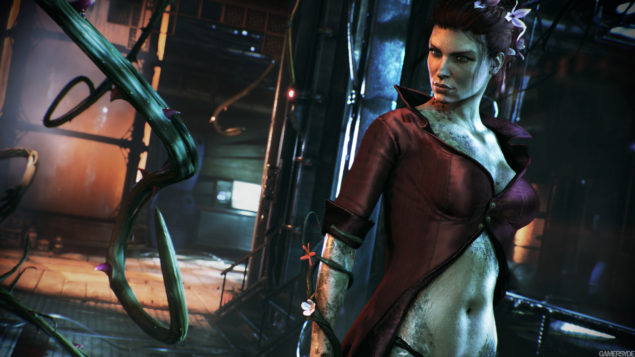