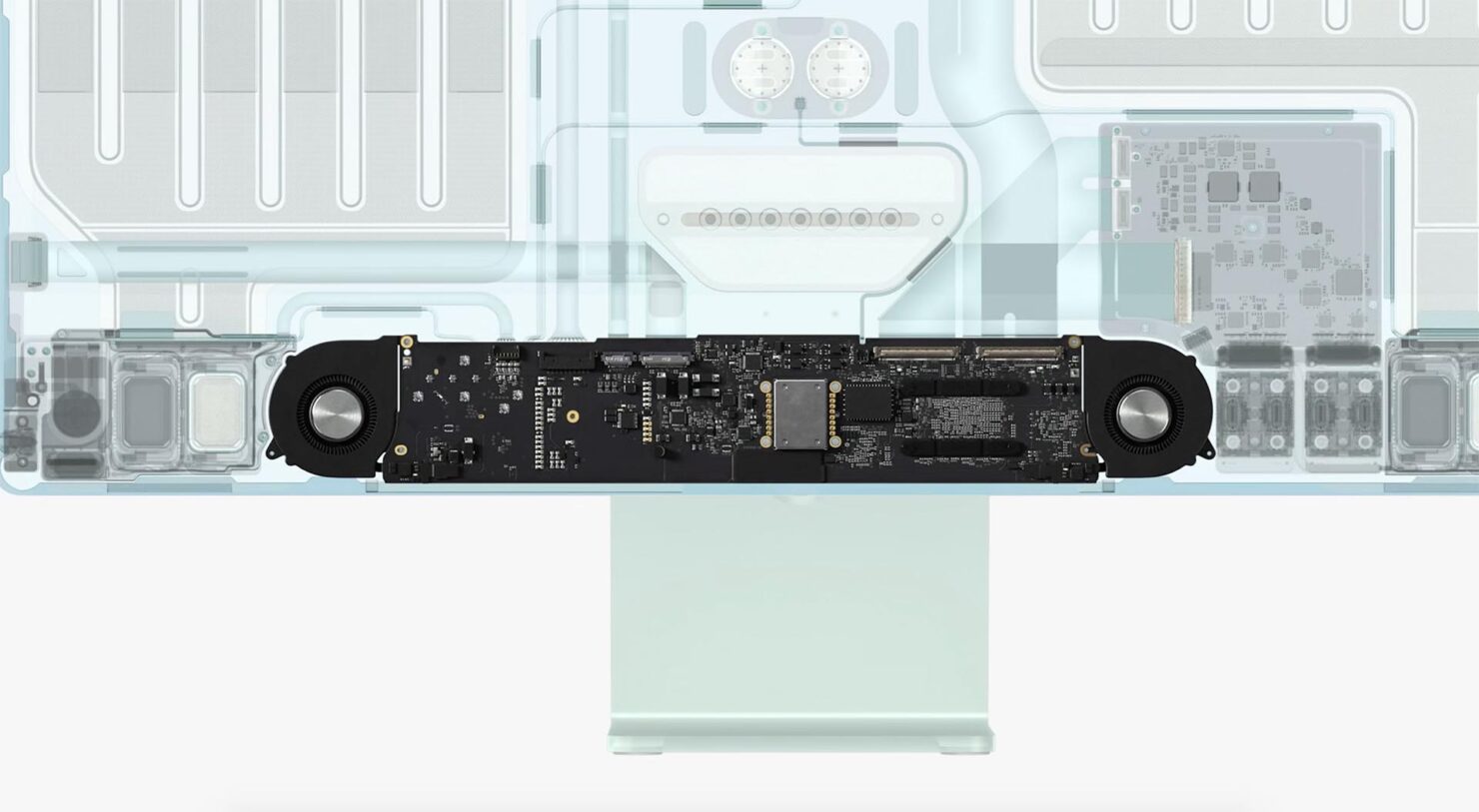 While Apple might not incorporate any changes to its products on the outside, the details on the inside are more pronounced. You may not have noticed this, but the base M1 iMac and the higher-tier options have several differences on the inside, subtly suggesting that if you want the best possible performance, you will have to spend more money. In short, the biggest difference is that the $1,299 24-inch iMac features only a single fan for cooling the M1.

YouTuber Luke Miani pointed out on Twitter that the base M1 iMac features just a single fan for cooling the chipset. If the thread is opened, we find out there are more changes than Apple is letting on. It appears that the least expensive option only features a heatsink to transfer the heat generated by the M1. If you decide to spend a little extra money and get the 8-core CPU and 8-core GPU options, you do not just get two fans for additional cooling, but one heat pipe to effectively transfer the heat away from the SoC.

This is a clever little approach that Apple has followed to reduce manufacturing costs, and it is not the first time the company has pulled it off. Though the M1 MacBook Air and M1 MacBook Pro feature the same Apple Silicon, the ‘Pro’ model sports a dedicated fan, while the other houses a fanless cooling system. Also note that just like the base M1 iMac, the MacBook Air features an 8-core CPU and 7-core GPU. The idea behind Apple getting customers to spend more money on higher-tier models is accompanied by the expectations that users will experience improved performance.

So apparently the base model 24” iMac has only one cooling fan compared to 2 on the higher tier models. I’ve no idea why 🤷‍♂️

This could also be why the expensive M1 iMac models feature an 8-core GPU instead of seven cores for the $1,299 version. However, you might not notice performance differences if you are running some benchmarks because these tests do not last for long, so sustained thermal performance cannot be measured. However, running these benchmarks in a loop or a heavy workload for several minutes, and you will quickly notice why an improved cooling system matters.

In short, if long-term performance numbers matter to you immensely, we recommend picking up the higher-tier M1 iMac; otherwise, you are better off saving some money.