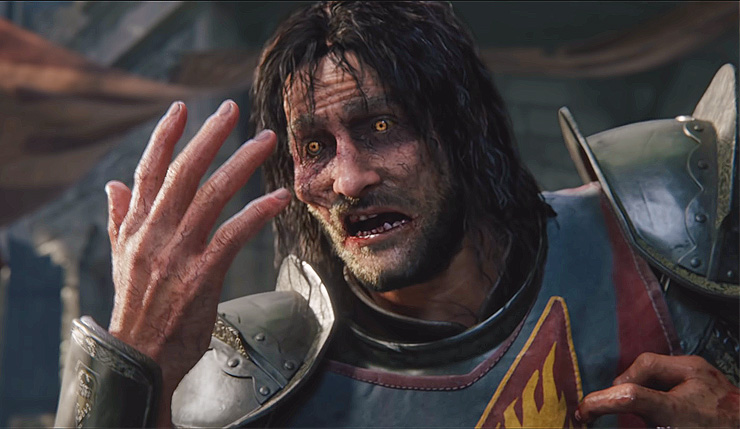 The cat was let out of the bag last week, but it was officially confirmed during today's big Stadia Connect livestream – Baldur’s Gate III in the works at Divinity: Original Sin developer Larian Studios. The game’s debut trailer is certainly memorable, as we see a hapless knight overcome with a dark presence that transforms him into what appears to be a mind flayer. Needless to say, Baldur’s Gate III does not look like it's going to be a lighthearted to romp. Check out the trailer below.

Larian founder Swen Vincke also discussed the scope of Baldur’s Gate III and how his studio came to be involved in the project during the Stadia Connect. According to Vincke, Larian has tripled in size to make the game, which will have “very, very, very high” production values.

We don’t know too much about what Baldur’s Gate III will be about or how it will play just yet. This basic is description is all we have right now:

Created in close collaboration with the Dungeons & Dragons team at Wizards of the Coast, Baldur’s Gate III is based off current D&D mechanics and spells and is the official new chapter in the legendary series. Baldur’s Gate III will push the boundaries of the RPG genre and offer a rich narrative with unparalleled player freedom, high-stakes decisions, unique companion characters and memorable combat. It is Larian Studios’ biggest production ever and will be playable together with friends or as a single-player adventure.

The teaser trailer shows a return of a malevolent presence to Baldur's Gate, intent on devouring it from the inside out, corrupting everything that remains in the Forgotten Realms. Alone you may resist, but together you can overcome. Gather your party.

Baldur’s Gate III has been confirmed for PC and Google Stadia, and for those concerned about such matters, the PC version will not be Epic Games Store exclusive. No launch date has been set for the game.