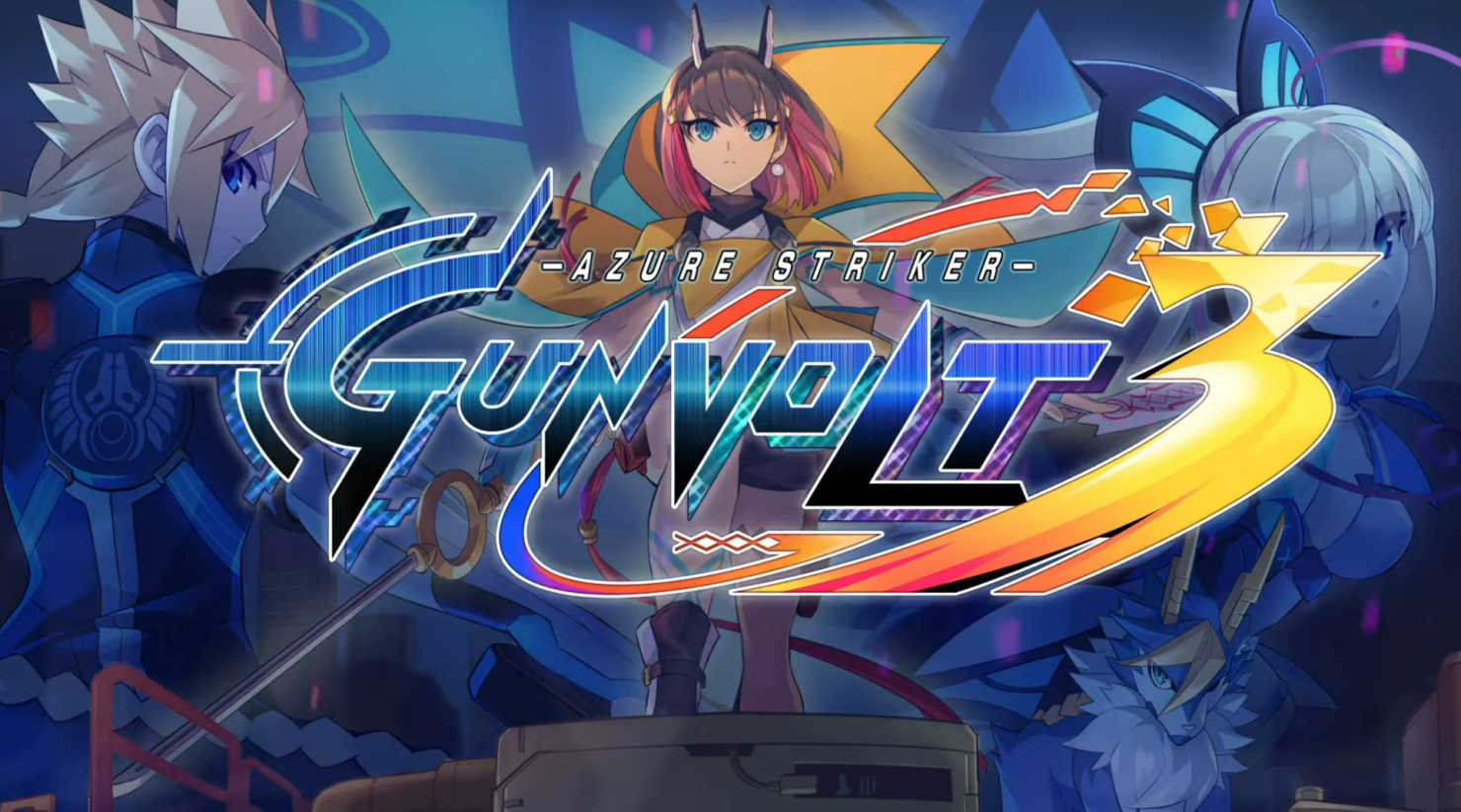 The release date of the long-awaited Azure Striker Gunvolt 3 has been revealed today during this year's edition of New Game Plus Expo (NGPX). Additionally, to celebrate the official release date reveal for Azure Striker Gunvolt 3, the Gunvolt series is having a sale on the Nintendo eShop, PS Store, and Steam. That way, players can get caught up with the series before release.

Starting off with the smaller news, the entire Gunvolt series is going to be on sale on the Nintendo eShop, PlayStation Store, and Steam during select times. Below, you can catch the dates where the series will be on sale:

Today, during NGPX, it was revealed that Azure Striker Gunvolt 3 is coming to Nintendo Switch exclusively on July 28, 2022, fitting the previously announced Summer 2022 release window.

This new entry in the Azure Striker Gunvolt series is a true blue sequel to the previous 2 games and sees the return of action supervisor Keiji Inafune who worked together with director Yoshihisa Tsuda on the first two games. The game features a new hero called Kirin. She's a shrine maiden with a Septimal power that allows her to seal the abilities of others.

In addition to her Septimal powers, she has a unique combat style that combines enchanted talismans and a sword crafted from a pewter staff. You can watch a trailer that shows her and the Azure Striker himself in action below:

As the story progresses, more and more fascinating characters will take the stage, delivering fully voiced dialogue without stopping the high-paced action thanks to the Story Mode+ system. With this system, Characters will be allowed to talk and banter during gameplay, allowing their personalities to shine and the story to develop without diluting the pure action gameplay. Take notes, Mighty No. 9.

Azure Striker Gunvolt 3 is going to cost Nintendo Switch users a total of $29.99 on the Nintendo Switch eShop. While this game might be a downloadable title only, there will be a physical version made by Limited Run Games.

Mighty No.9 – Spiritual Successor to Mega Man to Launch on September 18