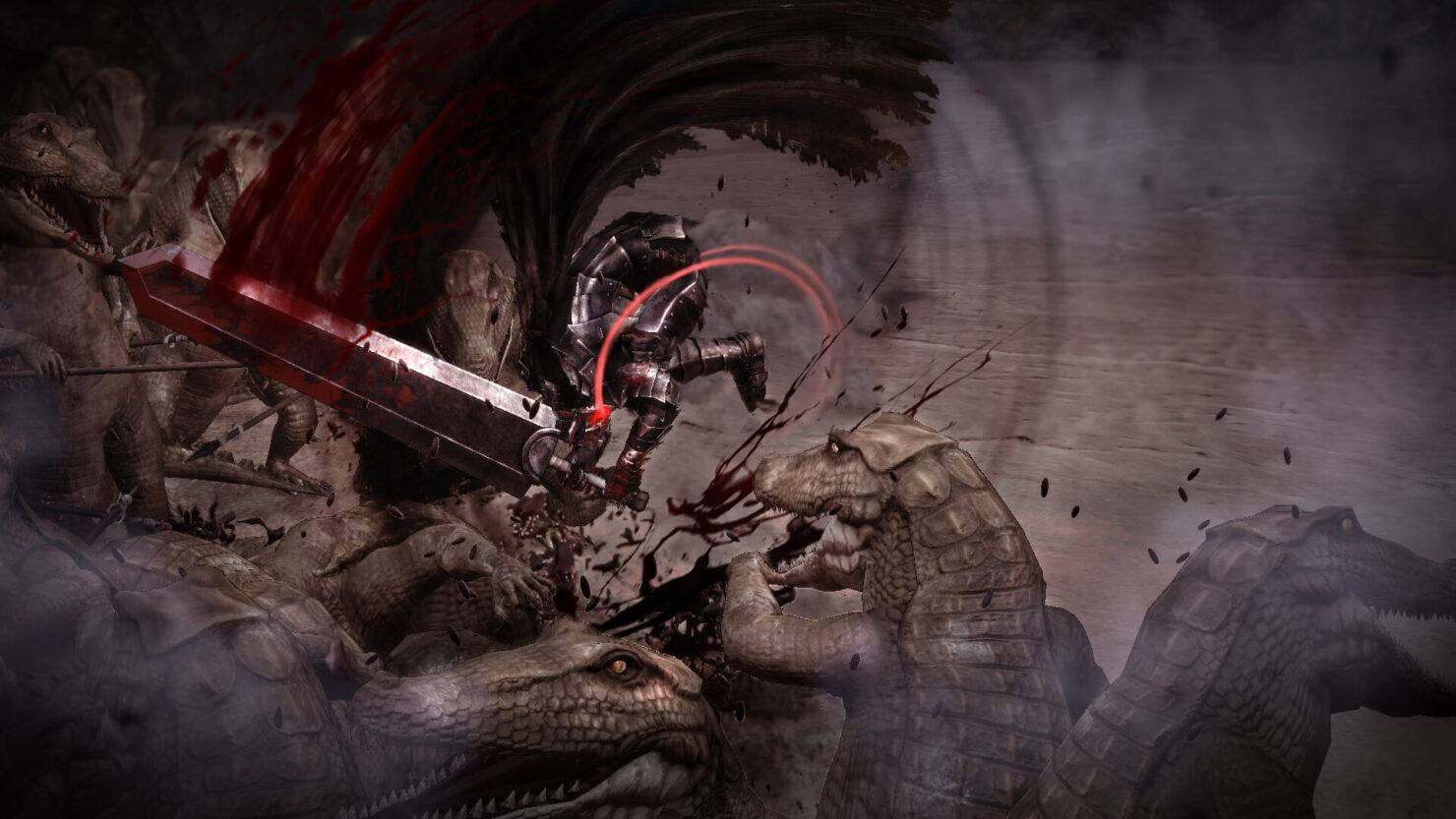 Koei Tecmo has provided additional details on the ‘awakening’ abilities in the upcoming Berserk and the Band of the Hawk.

Developed by Omega Force, the game will be the “most brutal” Warriors title to date. The ‘awakening’ abilities are powerful, game-changing abilities that players will have to unlock. Once unlocked, they will provide temporary boosts that allow players to demolish hordes of enemies.

Players will encounter a smorgasbord of fearsome foes throughout Berserk and the Band of the Hawk. Evil Spirits, Ogres, Kelpies, Golems, Trolls and Demonic Knights are just a handful of the many enemies that players must annihilate during their adventure. Collect raw materials and upgrade weaponry outside of battle to increase attack damage and unlock new combos to wipe out these savage opponents.

Berserk and the Band of the Hawk was officially announced last year and fuses the Warriors franchise with the grim and gruesome atmosphere of the world of Berserk.

“We are finally able to unveil our collaboration between Berserk and the Warriors series. In this game, players can experience and immerse themselves into the world of Berserk as the main character Guts, wielding his powerful weapon Dragon Slayer mercilessly slashing enemies in half, and through the massive story beginning with the Golden Age arc”, said the game’s producer and Koei Tecmo President, Hisashi Koinuma, following the game’s announcement. “The game content will be enjoyable even to those who don't normally play games, so we hope all fans of Berserk will give this game a go. Become a member of Guts and his group, and experience the exhilaration of the most lethal Warriors game within the intense world of Berserk.”

Berserk and the Band of the Hawk will release on February 21 for PS4, PS Vita, and PC via Steam.