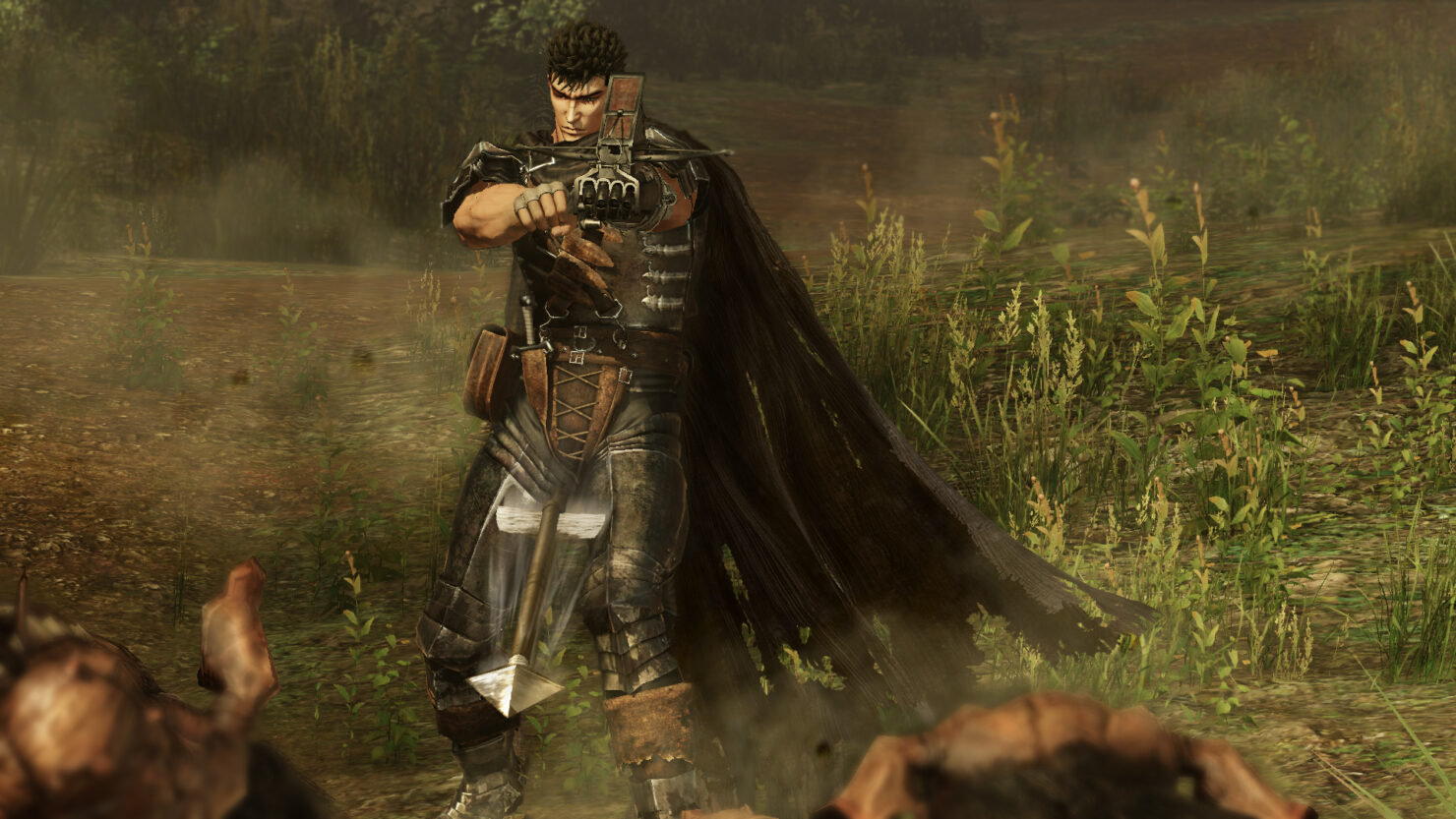 Koei Tecmo America reveals a new game type for Berserk and the Band of the Hawk that's being developed by Omega Force. We also learn some new details regarding sub-weapons and combat.

Endless Eclipse pits Guts and his band of butt kickers against wave after wave inside the Eclipse dimension. This is a challenge mode outside of the main story, where you can complete missions to overcome the deadly Eclipse. It won't be easy as monsters become stronger as you progress through the mode, but there will be useful rewards for those able to clear it.

We also learned how sub-weapons will work into combat. Each character can equip a sub-weapon which allows for an extra boost in a fight. Sub-weapons become available after you use them. Guts, for example, can wield a crossbow and an artificial arm-cannon for deadly long range attacks. The apostle Zodd can perform a crowd clearing rush attack while Schierke has the ability to cast powerful spells to either damage enemies from afar or summon companions to aid her in combat.

Berserk and the Band of the Hawk is based on the hit manga series by Kentaro Miura. Berserk follows the exploits of Guts, Griffith, Casca and the Band of the Hawk as they indiscriminately cut through hordes of monsters and other bad guys. It's being developed by Omega Force, the team that brought you the Dynasty Warriors, which dominates the market for games where a hero with a large weapon fights off hundreds of enemies.

Berserk and the Band of the Hawk is slated for release on February 21st, 2017 for Windows PC (Steam), PlayStation 4 and PS Vita. The screenshots below give you a sense of what type of horrors Guts and his company are in for. Pre-ordering the game at Best Buy, Amazon and GameStop will get you DLC that contains alternate outfits for the characters.