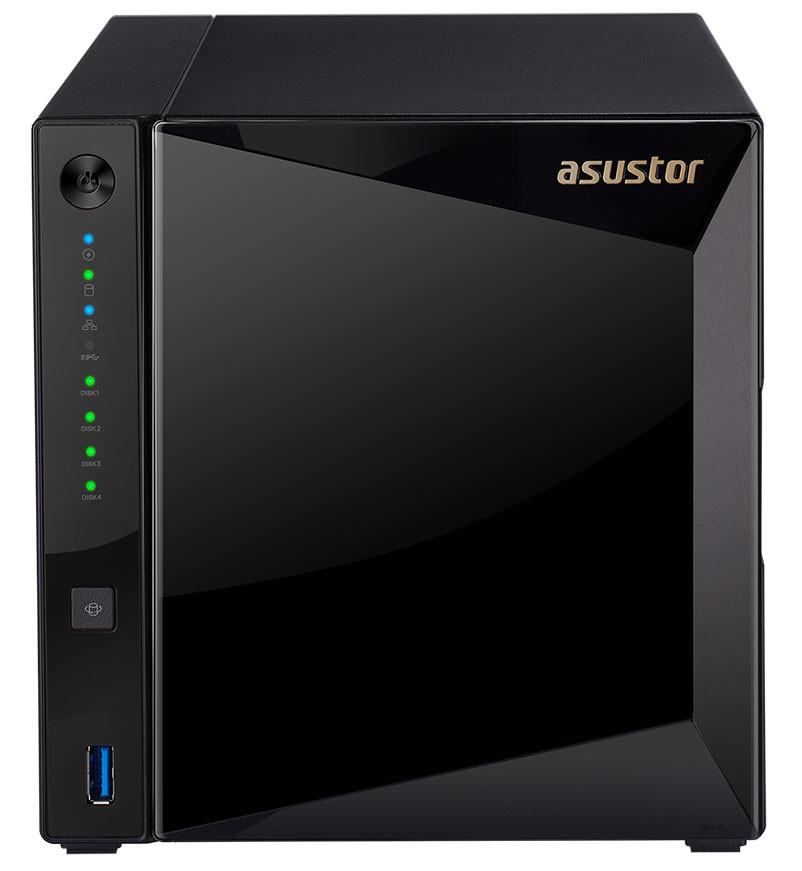 Asustor, has announced today that two new NAS devices will be joining the ASUSTOR family. The AS4002T and AS4004T are our first consumer NAS that integrate 10gb Ethernet with an RJ45 connector. The AS4002T and AS4004T are the world's first NAS containing a Marvell Armada Cortex-A72 64-bit dual-core processor. Compared with the previous generation of processors, these NAS offer 3½ times more computing power. 2GB of DDR4-2400 memory is also included, which is faster and more efficient than DDR3. Both the AS4002T and AS4004T have a 10gb Ethernet port and two Gigabit Ethernet ports, which create a fast networking environment that is 10 times faster than a Gigabit network. Network aggregation technology can also be used to combine the three RJ45 ports to triple the speed of a gigabit connection without 10gb hardware.

The AS40 series is sold with the latest version of ADM. Once initialized by the installation wizard, this fully-featured ASUSTOR NAS can be used immediately to experience the convenience of remote storage management, backup, and sharing of data anywhere and anytime.

"Both beginners and professionals will be more than satisfied with the excellent performance and convenience brought by these two new NAS. It is worth mentioning that a 10-Gigabit network and the full set of equipment is required to achieve maximum speeds. The AS40 series is affordable for both consumers and businesses. We are very pleased to be releasing a NAS that both consumers and businesses will find to be one of the best values for a NAS."

For more information, visit the product pages of the AS4002T and AS4004T.