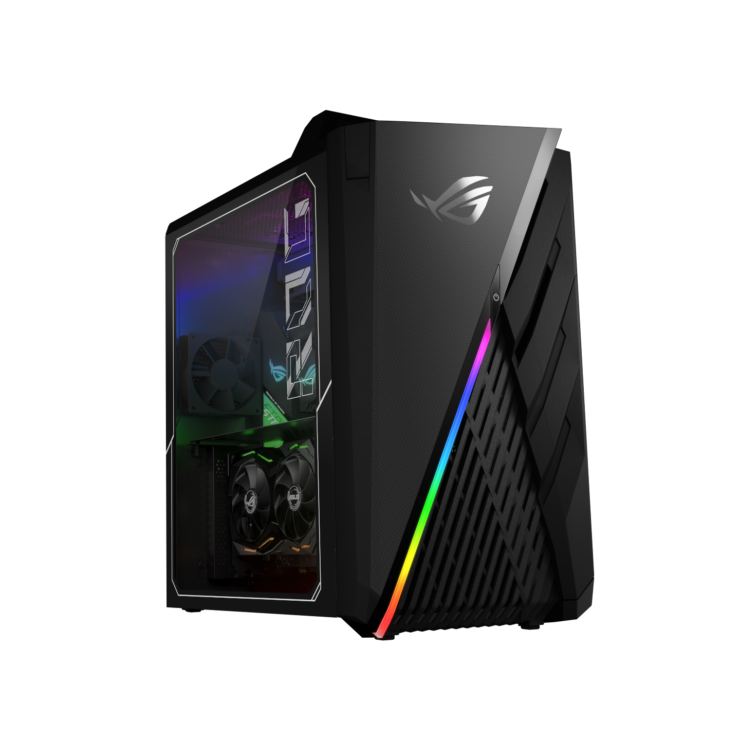 ASUS ROG has announced its new high-end desktop PCs, the eSports-ready Strix GA35 and the Strix GT35. These higher-end models are equipped with top-of-the-line GeForce RTX 2080 Ti, two hot-swap drive bays and a built-in carrying handle to allow transportation to and from gaming tournaments!

ASUS Announces Latest ROG Strix Desktops That Are Made for eSports Gamers and Content Creators!

The two chassis that the GT15 & GA15 ROG Strix utilize have a very similar design, with the ROG Strix GT35 and the ROG Strix GA35 chassis being wider than the chassis on the other ROG PCs.

Both of these desktops are designed to be able to sustain smooth gameplay under severe pressure and offer the flexibility to everything from producing top-quality streams to developing games. The ROG Strix GT35 will feature the next generation of Intel Core processors (10th Gen Comet Lake-S), while the Strix GA35 will utilize a Ryzen 3rd Generation processor, all the way up to Ryzen 9 3950X CPU.

These systems support up to 64 GB of DDR4-3200 memory. The GA35 will deliver smooth gameplay while live-streaming and recording. The installed NVMe SSD comes with up to 1 TB of capacity and select models (AMD based) further accelerate speeds using the latest PCI Express 4.0 Interface. The ROG Strix GA35 is the first ROG system to utilize a new feature Keystone II tech, and this Keystone is an NFC-enabled key that can be docked into compatible devices to quickly access customized settings linked to the user's ROG ID. This feature further makes this PC system more tuned towards the eSports gaming market.

The form factor of both of these systems are ideal for tournament machines, and the chassis includes a durable handle that is able to support up to 30 kg, making these desktops best for transportation between tournaments. The IO ports on this system are fantastic with the front panel offering two USB 3.2 Gen 2 Type-C ports providing speedy access for external storage, on the back of this system. There are six additional ports, including one more USB 3.2 Gen 2 Type-C, along with two dual HDMI 2.0b ports on the graphics cards that allow for a VR headset to run along with a 4K monitor or TV. Both of these desktops look to be fantastic for eSports but also content creations, streaming, and more.

Both the ROG Strix GT15 and ROG Strix GA15 desktop, utilize a smaller chassis when compared to the ROG Strix GA35 or ROG Strix GT35. These desktops can be installed with up to an NVIDIA GeForce RTX 2070 SUPER graphics cards, which enable high frame rates for both eSports titles and AAA titles. Both of these ROG Strix desktops are good for multitasking mastery with its CPU and possible RAM configurations allowing for multitasking and content creation. These desktops are powered by AMD's Ryzen 3rd generation CPUs and Intel's 10th Comet Lake-S processors. The AMD systems are plugged in with a B450 chipset-based motherboard.

This case also offers amazing cooling performance for the relatively small size. To help minimize thermal interference the CPU, GPU, and the motherboard are isolated in the main chamber, while the storage bays and power supply sit below in a separate cooling zone. This case at the highest fan setting only makes 35 dB while gaming in Metro Exodus.

The ASUS ROG GA15 and GT15 offer fast charging and data transfer from one reversible USB Type-C port with a peak interface bandwidth of 10 Gbps via USB 3.2 Gen 2. The rear of this system has five Type-A USB 3.2 Gen 2 port make space for preferred peripherals and other devices that benefit from fast data transfers, like SSD drives. Along with an HDMI 2.0b port enables gaming or streaming with 4K video.