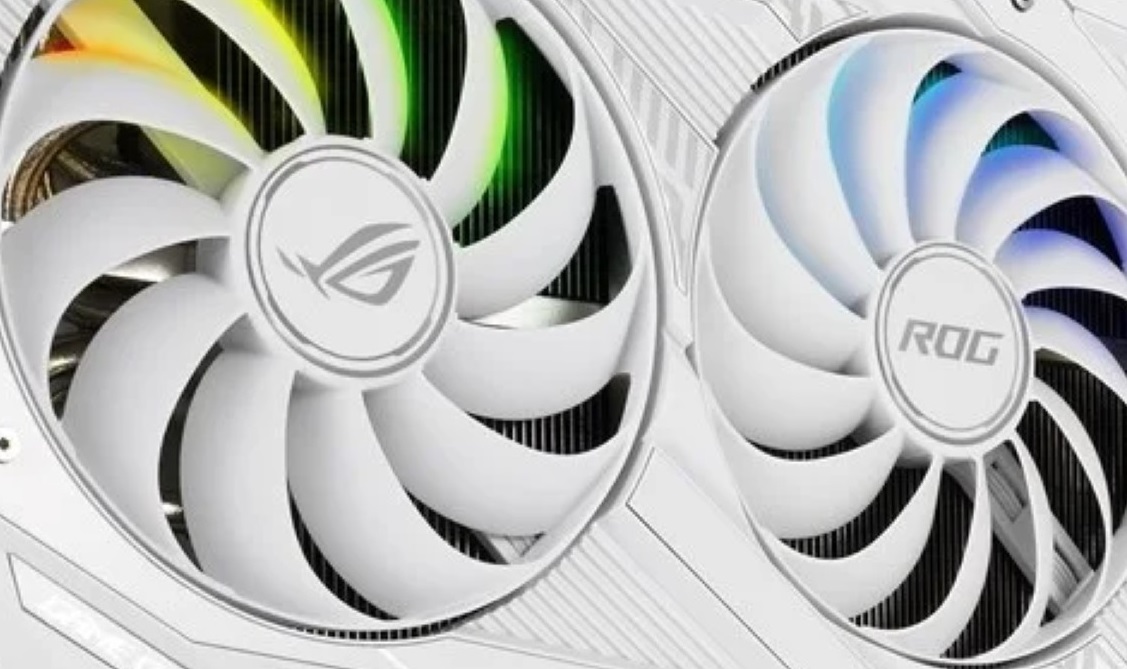 The ASUS GeForce RTX 30 ROG STRIX White series graphics cards come with a beautiful white color scheme. For users building a white-color-themed PC, the card should be a perfect fit while the black variant is perfect for almost all setups. The cards only thing that has changed is the color-scheme & the fact that the OC variants come with a higher factory overclock than the regular ROG STRIX cards which means these variants will also carry a higher price tag. ASUS also has a GUNDAM variant that is priced at around $2500 US.

The card features 3 axial-tech-based fans with 13 fan blades & a massive heatsink underneath the shroud. This cooling design comes in a 2.9 slot form factor which is just a cooler way of saying 3-slot design. In terms of clock speeds, the GeForce RTX 3090 ROG STRIX White will feature an 1890 MHz boost clock which is 30 MHz higher than the ROG STRIX OC variant while the RTX 3080 and RTX 3070 both feature a 1935 MHz boost clock or a 30 MHz bump over the standard ROG STRIX OC variants.

The pricing of these cards is mentioned below (via Videocardz). Do note that the prices include a hefty VAT so that should be taken into account.

The graphics card comes with a nice looking backplate which covers the entire length of the card and even extends beyond the PCB. A small cut out at the back helps push air out from the back. The front of the custom card has a dual-tone design with frames that seem to be made out of aluminum extending out & giving the card a more premium feel which looks similar to ASUS's Poseidon series offerings. The heatsink underneath is made up of a large aluminum fin stack that makes use of at least 6 heat pipes.

ASUS is also be investing in some cool features such as an RGB strip that runs the entire side length of the card. Display options on the ROG STRIX GeForce RTX 30 White series include a pair of HDMI and three DP ports. The ASUS ROG STRIX GeForce RTX 3090 & RTX 3080 White Edition cards come with a triple 8-pin power connector configuration while the RTX 3070 ROG STRIX white will adopt a dual 8-pin connector config.

In addition to the ROG STRIX OC WHITE edition cards, ASUS has also introduced its new GeForce RTX 3090 TURBO graphics card which comes with a blower-style cooler. The card features a matte black colored shroud which features a single 80mm blower fan that blows hot air out of the vents located at the rear I/O plate. The card makes use of a massive copper finned heatsink with vapor chamber cooling for higher heat dissipation. The card features the stock clocks with a boost rated at 1725 MHz and requires two 8-pin connectors to boot which are located at the back of the PCB.

There's no word on the availability of these cards but one can expect them to land in the retail segment in good quantities sometime in early 2021.