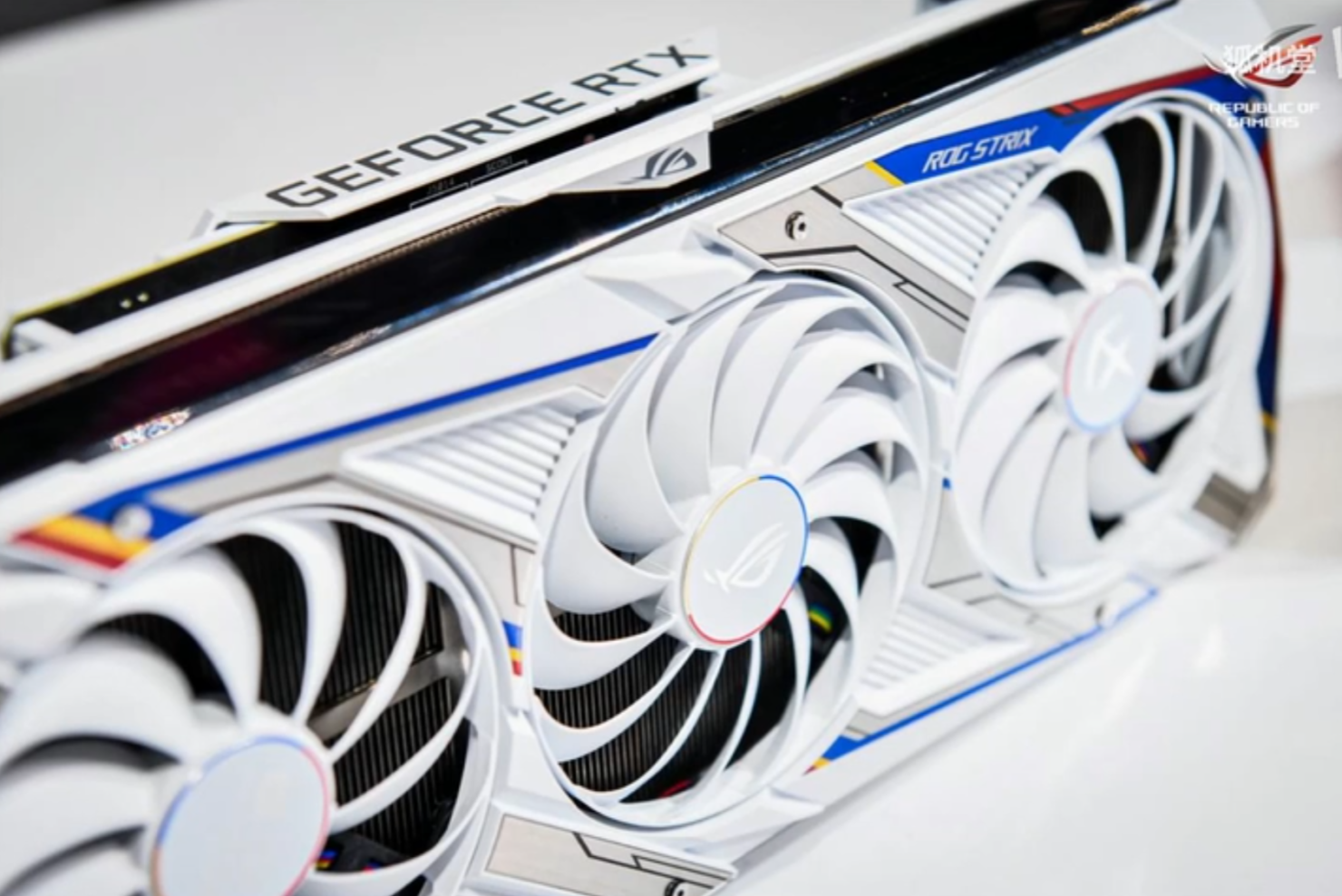 As for the design of the card, the ASUS ROG STRIX GeForce RTX 3090 GUNDAM Edition graphics card look rather impressive with a more aggressive look that comes with three axial-tech-based fans with 13 fan blades & a massive heatsink underneath the shroud. This cooling design comes in a 2.9 slot form factor which is just a cooler way of saying 3-slot design. The graphics card comes with a nice looking backplate which covers the entire length of the card and even extends beyond the PCB. A small cut out at the back helps push air out from the back.

ASUS has mentioned a price of 16,999 Chinese Yen for the graphics card which puts it at around $2500 US. The card is a limited variant that would have minute quantities and would be exclusive for the Asian Pacific market region. Considering that the GeForce RTX 3090 already has a small stock, the GeForce RTX 3090 GUNDAM Edition would be hard to find.

ASUS also unveiled several hardware products and peripherals that feature the ZEON and E.F.S.F faction themes that can be seen below. We already saw the ASUS ROG Maximus XII Extreme Z490 Gundam edition motherboard a few days ago which the Chinese media has provided a better look at today.

As per ASUS, the products were announced as the 40th anniversary of the Gundam series and will be available in the coming weeks but exclusively for the Asian Pacific market as stated above.