Assassin's Creed Unity is now out and running on both the latest consoles and PC, but prospective buyers may want to wait a little before getting their hands on it because it looks like the launch of the most technically advanced title in Ubisoft’s historical fiction open world action-adventure stealth video game franchise hasn’t been a smooth one. The latest game is reportedly suffering from several considerable technical problems, among which, the most notable is “crazy low” frame rates and other issues such as glitches, lag, and evident NPC and texture pop-in bugs. 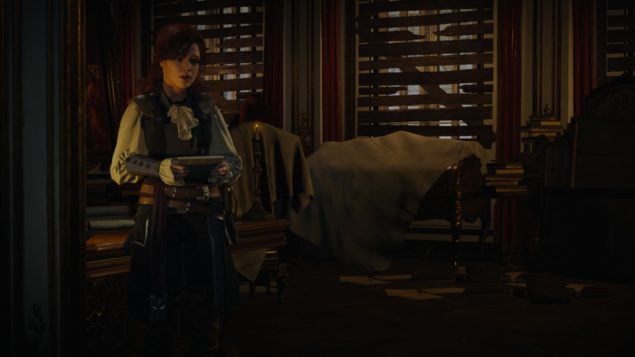 It appears that all the pre-release rumors and early reports about Assassin's Creed Unity being plagued with several significant technical bugs were pretty much true, as now that the game is out and running across multiple platforms, there are reports coming in with gameplay videos as proof, suggesting that Ubisoft’s latest gem is unfortunately not all that crystal. The game suffers with what players are calling “crazy low” frame rates, as well as quite a number of other issues such as NPC and texture pop-in bugs that have been specifically reported before.

To start, you can check out a gameplay video captured by ZeroX03Gaming from the PlayStation 4 version of Assassin's Creed Unity below. It showcases severe in-game faltering while player tires to perform an act as simple as scaling along a wall inside a church, which is nothing nearly as complicated to render as scenes showing huge crowds of people around in the fictional Paris. Reddit User Merkwerk commented about his experience saying the game’s frame rate on the PlayStation 4 is "not even close to a locked 30 fps, it feels like it's running at 20 something most of the time." He added, "I've had it drop way below that a couple of times already."

User Shehan1993 commented; “Are you guys experiencing pop ins and huge frame rate drops especially in huge crowds? I’m playing on the ps4. Got any advice to fix this?” He is clearly not the only one, as another user, iQuebic, stated “I think my PS4 is dying because I’m having a lot of problems with framerate and textures lately, now I’m playing the part where you have to blend in the crowd to get past the guards and the clothes textures pop in big crowds is horrible. Is it really my PS4 or games just run poorly lately?”

Clearly, it is not only the PlayStation 4 version of Assassin's Creed Unity that is suffering from all the performance issues, Xbox One version is playing its part too. According to Reddit user 'unvirable', the game on Xbox One is "really running sub 30fps, which makes it unplayable." Thewouldbeking also forwarded his advice saying; “I would like to warn anyone thinking about buying this game. I got it with my Xbox bundle. I just started it, and it runs sub 30 frames per second constantly. I would advise to wait until its fixed or not buy it at all. It is practically unplayable.”

PC players have also contributed in reporting that Assassin's Creed Unity surely needs a major patch. TotalBiscuit, a well-known YouTube commentator, has reported that the PC version of the game also suffers from various issues such as "killer [pop-in]," lighting that is "glitchy as hell" and in general, a "MASS of bugs." Furthermore, TotalBiscuit and other PC players have reported on Steam forums that the game appears to be poorly optimized, and to hit smooth frame rate without annoying lags, players need to have a pretty high-end rig.

It is quite disappointing, but not at all surprising to see how Assassin's Creed Unity is plagued with all these performance issues that are affecting players’ gameplay experience. Ubisoft revealed last month that the game has been carefully optimized on the latest consoles to reach 900p native resolution with a smooth frame rate of 30 per second. The publisher has not yet said a word on the topic, so stay put as we will put up all the news regarding the game as soon as it becomes available.