Ubisoft has been showing off Assassin's Creed Unity, the latest installment in the remarkable and most critically acclaimed historical fiction action-adventure open world stealth video game, ever since it was officially revealed early this year, and if one thing that if said, will stand truly fit for the game, is that being the most graphically advanced Assassin’s Creed title ever, it looks absolutely wonderful on latest consoles and PC. You can check out the latest Assassin's Creed Unity NVIDIA tech optimizations for GeForce GTX graphics cards on PC in the new video below. 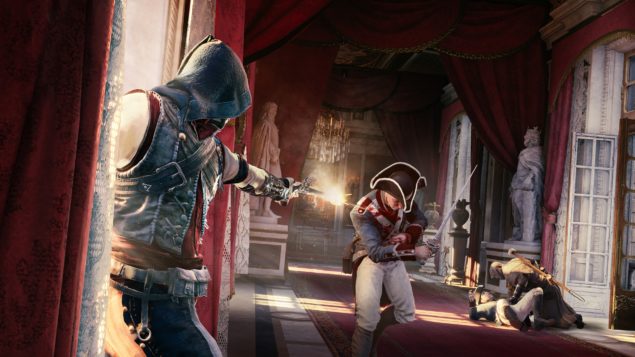 Promising to offer almost everything that previous titles in the Assassin’s Creed series lacked, the upcoming next-gen exclusive Assassin's Creed Unity is boasted as the best and most alluring game in Ubisoft’s historical fiction video game franchise. Not only the game features advanced graphics and textures that make the in-game 18th century Paris look admirably photorealistic, it also offers “completely rebuilt” stealth, combat, traversal mechanics, and other improved elements that combine together to offer an overall rich and immersive gameplay experience.

All the good stuff that Assassin's Creed Unity packs will be displayed at a native resolution of 900p and 30 frames per second on latest video game consoles, but of course, PC players will be able to enjoy the game at full HD 1080p resolution and even higher, though only if their machine packs that massive power that the game demands to layout all those pixels. As reported almost a week ago, running Assassin's Creed Unity on PC won’t be easy for everyone, for even the minimum system requirements list a Core i5-2500K processor and GTX 680 or AMD Radeon HD 7970 or above with at least 2GB of VRAM as necessary pieces of hardware to run the game.

If the game requires such hardware power to run on PC, it will most certainly make players’ in-game time worthwhile with all the advanced graphical technology working to offer most immersive Assassin’s Creed experience ever. A new video that was released today on Assassin’s Creed UK YouTube page shows some advanced NVIDIA graphical optimization and features that have been designed for GeForce GTX graphics cards. Assassin's Creed Unity already looks splendid on latest platforms, but these additional implementations, such as temporal anti-aliasing and percentage-closer soft shadows, give a great boost to the graphic quality of the game.

You can check the Assassin's Creed Unity NVIDIA tech optimizations for GeForce GTX graphics cards in the video right below.