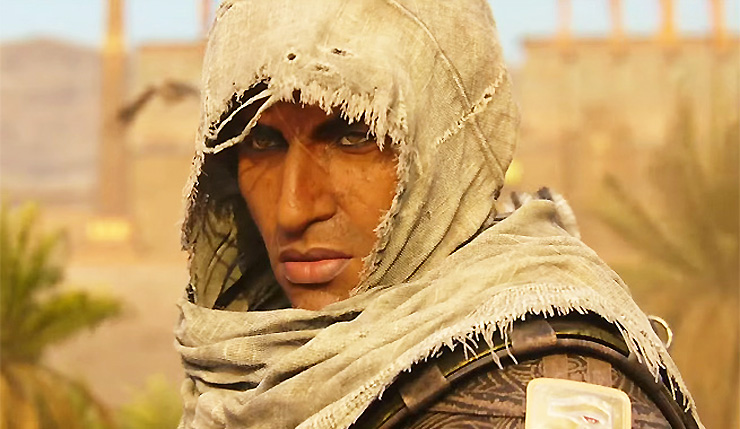 The PC version of Assassin's Creed Origins is a bit of a CPU hog. Sure, you’d expect a game as large and visually impressive as Origins to put some strain on your system, but a lot of folks with hefty i7 quad-core processors are seeing CPU usage spike to nearly 100 percent, which is a bit out of control.

So, why is Origins such a CPU glutton? It seems a double layer of DRM could be to blame. According to a report from Torrentfreak, Assassin's Creed Origins attempts to foil pirates by using both Denuvo and VMProtect anti-piracy tech.

Basically, Ubisoft have implemented VMProtect on top of Denuvo, tanking the game’s performance by 30 to 40 percent, demanding that people have a more expensive CPU to play the game properly, only because of the DRM.

Once a surprisingly-effective piracy deterrent, Denuvo anti-tamper has lost its edge this year, with games like Ubisoft’s own South Park: The Fractured But Whole being cracked within 24 hours. Doubling up on DRM isn’t an elegant solution, but it has kept Origins from being immediately cracked.

For their part, Ubisoft have denied their heightened DRM measures effect performance. According to them, Assassin's Creed Origins is simply too much game for most CPUs:

We’re confirming that the anti-tamper solutions implemented in the Windows PC version of Assassin's Creed Origins have no perceptible effect on game performance In order to recreate a living, systemic and majestic open world of Ancient Egypt, where players can witness all of its stunning details, its beautiful landscapes & incredible cities, in a completely seamless way with no loading screens, Assassin's Creed Origins uses the full extent of the minimum and recommended PC system requirements.

Ubisoft has also just released a new Assassin's Creed Origins patch, which, among other things, promises to deliver “improved stability and performance,” so perhaps CPU usage will be improved.

What do you think? Is Ubisoft being fully forthcoming about their DRM and its effect on CPU usage? They haven’t denied Assassin's Creed Origins is doubling up on DRM, and we know anti-tamper tech like Denuvo puts an extra strain on the CPU. The notion that two forms of DRM running at once would have “no perceptible effect” on performance seems a bit far-fetched, but there’s no way to prove it one way or the other. "Assassin's Creed Origins is just too darn big and awesome for most computers" is also a perfectly reasonable hypothesis.

Still, the most important thing is that the frame rate runs fine with most configurations as tested by Keith. Assassin's Creed Origins is available on PC, Xbox One, and PS4. You can check out Wccftech’s review-in-progress of the game, right here.