Ubisoft struck gold ten years ago when it launched a brand new IP called Assassin's Creed. The game, although not without its flaws, was a breath of fresh air at the time and immediately enthralled a whole host of fans with its secret conspiracy across time.

The first sequel, Assassin's Creed II, managed to build upon the previous installment's strengths while refining over its weaknesses. To this day, it's widely considered to be the best entry in the franchise. It was also the last game to have enjoyed a gap of two years in release time, being launched in 2009.

Afterward, Ubisoft published six back-to-back main new entries from 2010 to 2015. Each installment inevitably shrunk on the innovation and the huge sales eventually suffered, too, until the publisher decided to skip 2016 to "evolve the game's mechanics", at long last.

The result of this effort is Assassin's Creed Origins, due to launch tomorrow, developed by the same team behind Assassin's Creed IV: Black Flag. We've only got our review code a couple days ago, which isn't nearly enough to properly delve into the game's story and progression. As a result, this is our first review-in-progress due to be updated at a later date with the full score and evaluation. 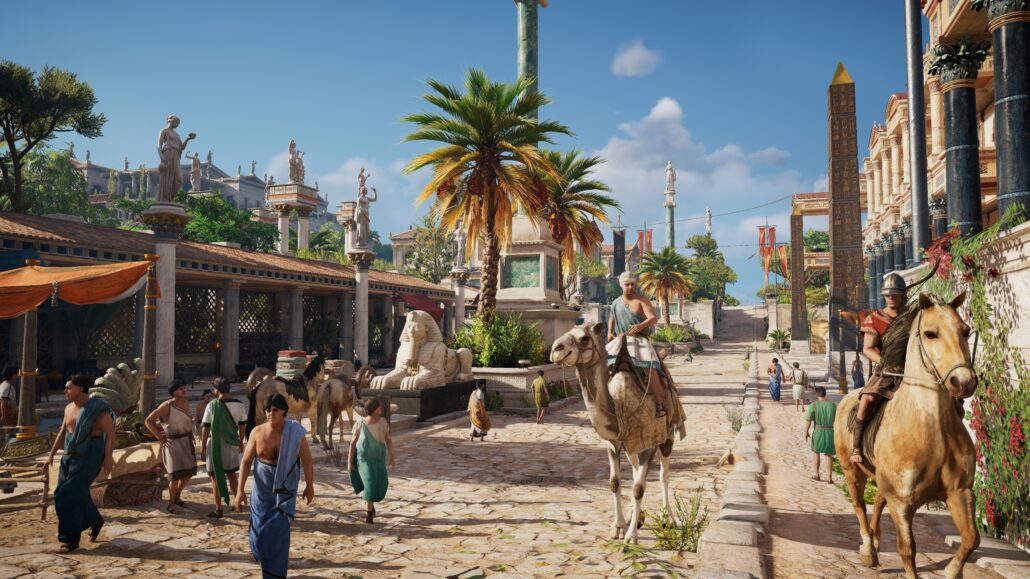 Meanwhile, though, I can say for certainty that Assassin's Creed Origins does have evolved mechanics. In fact, the game is essentially an open world action RPG in the vein of Horizon: Zero Dawn or The Elder Scrolls/Fallout. You've got leveling, the ability to loot (and upgrade) weapons and armor of different qualities and the likes.

As a major fan of this genre, I can't say I wasn't pleased with this new direction. There's a reason why more and more developers are choosing to inject RPG elements into their games - they give additional breadth and depth.

At the same time, there is a noteworthy drawback for Assassin's Creed in particular. The series' trademark ability to be able to assassinate your targets instantly upon sneaking on them is severely limited this time around if your target is a higher level than your character.

That's right, as in most RPGs you'll now encounter foes that are virtually impossible to vanquish until you've grown in power. These enemies are signaled by the game with a skull, once again very much in the tradition of roleplaying games. I tried taking on a few skull-marked bandits near a tomb and while my hits barely made a dent into their health bar, it only took them a couple to send me in death (or desynchronization, to be precise). Needless to say, I had to stand down after a few tries and vow to come back later for vengeance.

This change may not sit very well with Assassin's Creed fans, and it does mean Origins loses a bit of the franchise's identity in this process.

Another majorly overhauled area has been the combat system, often cited as one of the biggest flaws of the latest franchise entries. I have only good things to say about combat - it's a huge improvement on all counts compared to the "paired animation system" employed up until Syndicate. Simply put, combat has never been this good in Assassin's Creed - it's fluid and satisfying thanks to great animations.

In Assassin's Creed Origins you'll dictate exactly where the swings go, finally. There is an optional lock-on for targeting, but I wouldn't recommend it when using a weapon capable of hitting multiple enemies at once. The huge variety of weapons is a great asset as it will allow you to pick whichever playstyle suits you best.

Everything has a pro and con. Maces deal a lot of damage, but they're really slow. Spears are faster while having the longest reach, but their damage is average. Dual blades, on the other hand, are lightning quick and deal significant damage, but only to a single target.

Critically, unlike other games, Assassin's Creed Origins doesn't allow you to hide behind your shield (which is active at all times) or beyond your character's dodging prowess. You can still take damage while your shield is up or while you're dodging if the enemy's attack actually connects with your character's hitbox. 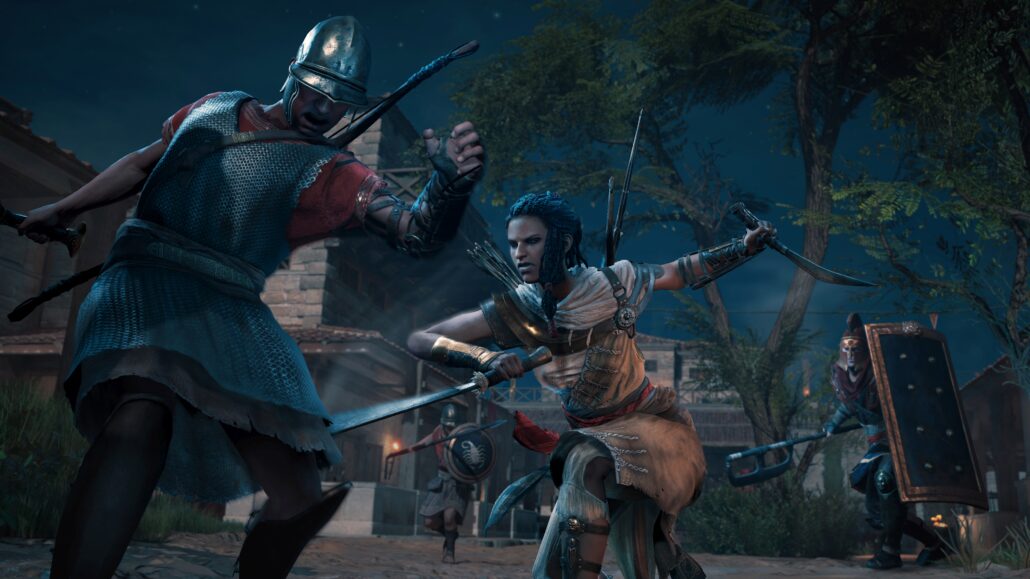 The AI will keep on your toes, too. Even on Normal difficulty, it can be a challenge if you're not careful and each enemy uses a completely different tactics. For example, Hyena packs will try to overwhelm you with non-stop attacks from all sides, while human Archers will always try and back away from you, possibly even climbing ladders to be able to shoot you from a distance.

Going back to weapons, each feels different yet useful in its own way. It's a good thing that you can use skill points to unlock the ability to switch between two melee weapons and two ranged weapons at once. Speaking of, there are also multiple bow types - Predator bows, for instance, have increased stealth damage but Bayek can only hold a handful of arrows for them before needing to refill.

The arrows in particular are one of many ways where the development team demonstrated their attention to detail. They can get stuck on various surface types and you can grab them back to refill your quiver, but this is just the tip of the iceberg. You can light braziers in tombs simply by going near them with your torch, without having to press any button - it's a contextual action.

Once in a while, sandstorms will sweep through areas and reduce visibility for everyone in it. This is another dynamic opportunity that Bayek can take advantage of when infiltrating an outpost.

Overall, Ptolemaic Egypt truly feels alive in every possible way. For the first time in the franchise, Assassin's Creed Origins features full NPC schedules which can be a factor in your target's demise.

Every NPC in the game will eat, sleep, work according to a schedule. You can check what they're doing at a specific moment by using Senu, your eagle, and zooming on your target. There are also small caravans that you can scout from above and Senu will reveal what kind of material they're transporting; that's one of the options to secure resources.

Another is hunting animals, which is fun due to the realistic ecosystem involved. You'll see birds swooping down on small preys and killing them, and if you're close enough you can get the loot without any effort.

This is mostly important for crafting, which basically consists of upgrading certain pieces of your equipment after collecting the necessary resources. Upgrading Bayek's quiver will increase the amount of arrows that can be carried at once while upgrading the breastplate increases health points and upgrading the bracers boosts melee damage.

In a similar way, Assassin's Creed Origins allows you to keep upgrading a certain weapon or armor if you like the skin and stats. You'll have to go to the Blacksmith NPC and shell out a fair amount of Drachmas (the game's currency), though. 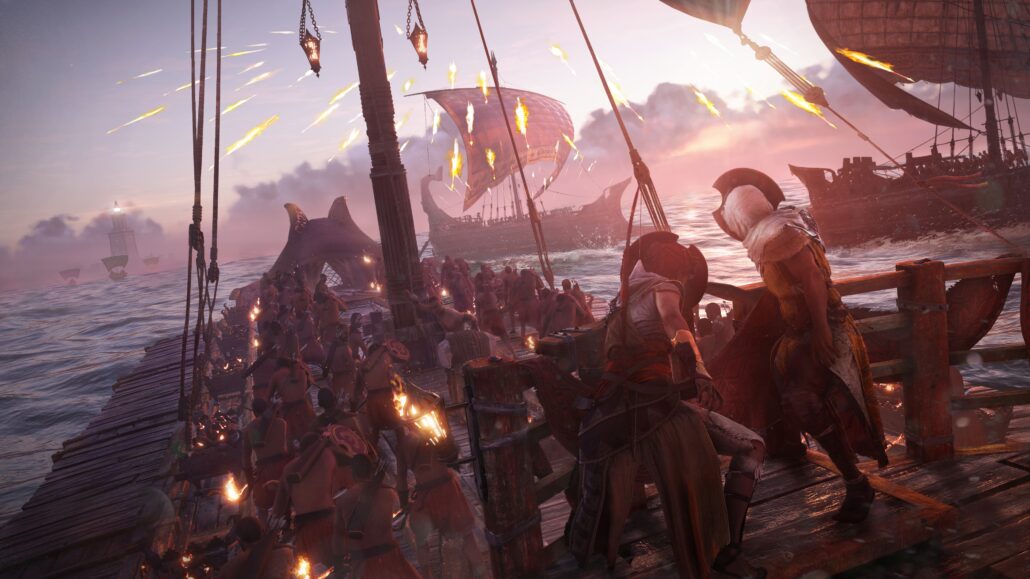 Finally, it's worth mentioning that Assassin's Creed Origins looks fantastic on PC with max settings. The draw distance is one of the longest I've seen yet in a game, the water looks amazing (as expected from the makers of Black Flag) and so does the desert, which has never been recreated with this kind of fidelity before. Sadly, the gameplay footage below was incorrectly recorded in 1080P, so it doesn't fully do justice to the game. We'll have 4K footage up soon, anyway.

It's also one of the best PC ports in the whole Assassin's Creed franchise, in all likelihood. Even without the Day One update which should add more stability and performance optimizations, Assassin's Creed Origins runs very well. In fact, with the Very High preset my 1080Ti/i7 6700K GPU/CPU combination was able to achieve an average frame rate of 54 fps in the built-in benchmark. A few settings can be bumped up to Ultra, which brought down the average frame rate to 52 fps.

Truth to be told, there are busier areas in the game where I've experienced some dips, but there are several ways to address this. You can enable 'Adaptive Quality' and target 60fps, which should lower anti-aliasing quality while striving for the target frame rate, or just lower the resolution to something like 90% of your native one. This proved to be more effective in my experience, though Keith will have a more thorough performance article with benchmarks soon - stay tuned. 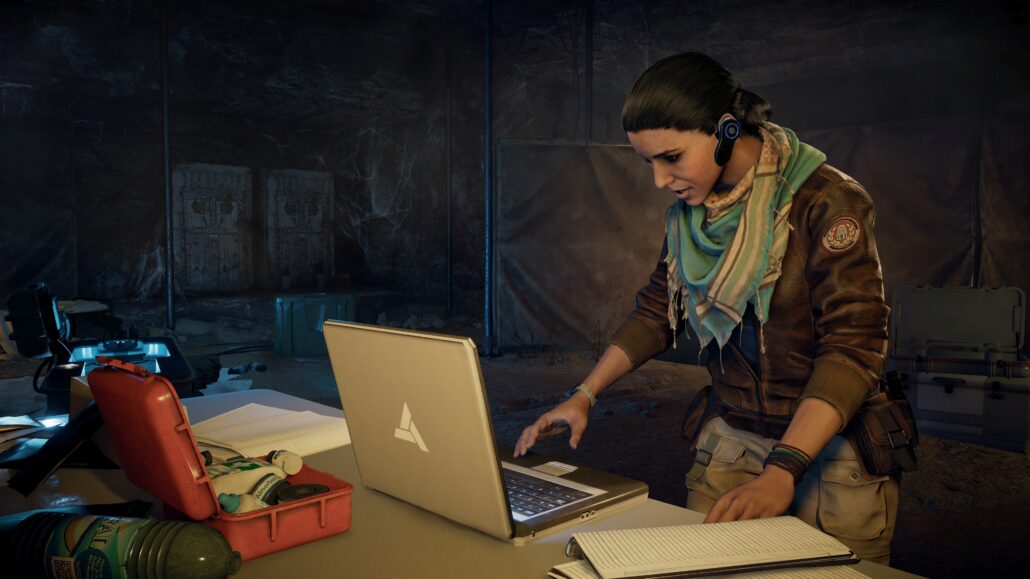 Overall, besides the aforementioned lack of instant assassinations in some cases, I do have a lingering concern regarding the depth and variety of content, an important aspect of games belonging to the open world genre. Ubisoft stated that it would always be meaningful, but I still have to check whether this will actually be the case.

Other than that, though, Assassin's Creed Origins is looking great so far. Check back soon for our full review, which will also include our opinions on the story - including the modern day part, which is indeed included as you can glimpse from the screenshot above.

Reviewed on PC (code provided by the publisher). You can buy it on Amazon.