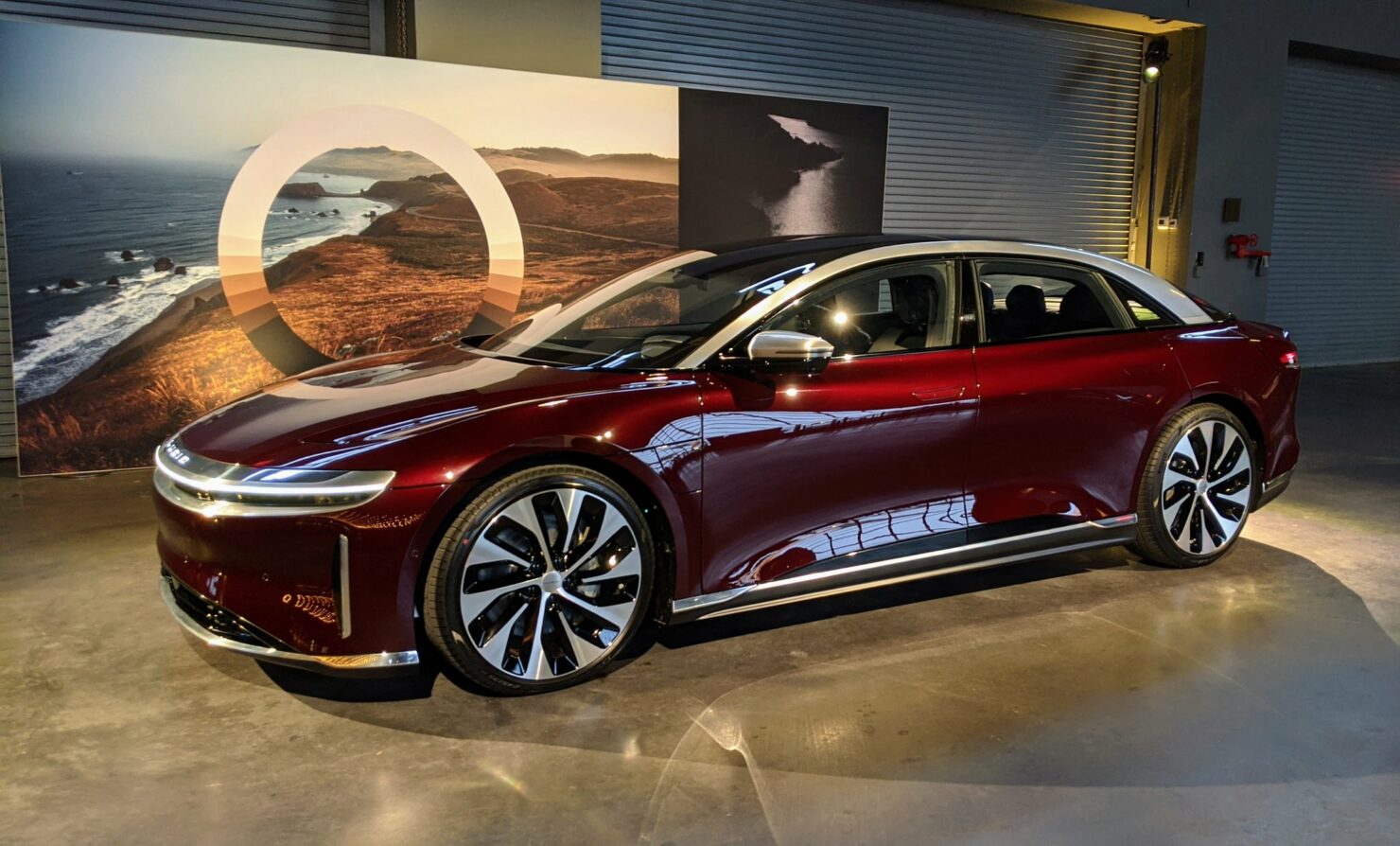 Lucid Group (NASDAQ:LCID), an American manufacturer of luxury electric vehicles, just might end up as an ancillary beneficiary of the ongoing dramatic rise in global crude oil prices. 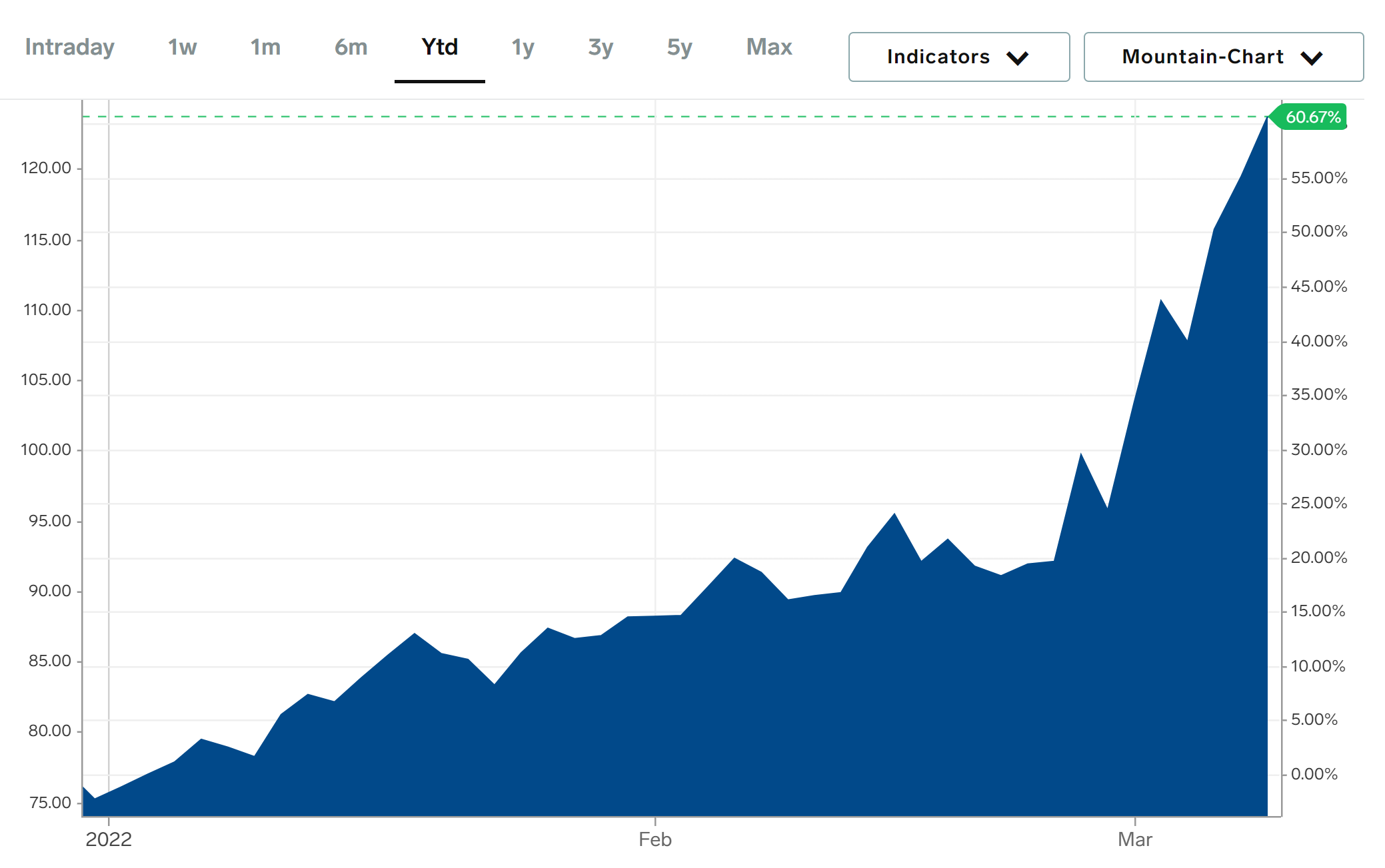 The global crude oil benchmark, colloquially known as the Brent Crude Oil, closed yesterday at $123.70, corresponding to year-to-date gains of over 62 percent as global financial centers grapple with the fallout from Russia’s unprovoked incursion into Ukraine and the attendant volley of financial sanctions emanating from Western powers on Russian commodity and energy exports.

Against this backdrop, the Saudi oil giant Aramco is now slated to become the world’s largest company by market capitalization by displacing Apple (NASDAQ:AAPL). As an illustration, Aramco currently has a market cap of SAR 8.66 trillion ($2.31 trillion). Apple, on the other hand, has a market cap of $2.57 trillion, based on yesterday’s closing price. This means that Aramco’s market cap is just around 11 percent below that of Apple and rapidly catching up amid the ongoing global inflationary impulse driven by the specter of Russian oil export disruption. So, how does this situation benefit Lucid Group? Let’s delve deeper.

Lucid Group (NASDAQ: LCID) Stands to Benefit from the Expanding War Chest of the Saudi PIF

The Saudi PIF has a 4 percent stake in Aramco, equivalent to over $81 billion. It also stands to receive hefty dividends from Aramco amid the current oil price boom. This growing proverbial war chest of the Saudi PIF might end up benefitting Lucid Group.

As per the Form 13F filed by the Saudi PIF with the US SEC back in February, the sovereign wealth fund retained a stake of 1.015 billion shares in Lucid Group, valued at over $38 billion as of the 31st of December 2021.

Nonetheless, it should be noted that this filing pertained to Q4 2021, when Lucid Group’s shares held by the Saudi PIF were still under lock-up. As a refresher, a large proportion of Lucid Group’s founder shares, including a whale-sized stake held by the Saudi PIF via its subsidiary Ayar, exited the customary lock-up period in January 2022. Since these founder shares were awarded at prices that constitute steep discounts relative to the stock’s current market price, many analysts contend that it is only prudent for the Saudi PIF to take some profit by reducing its stake in Lucid Group.

However, given the financial boost that the PIF is set to receive from Aramco, the sovereign wealth fund just might eschew a material liquidation of its stake in Lucid Group, barring the proportion of liquidation that has already happened before the Russia-Ukraine war.

We’ve continued to contend that the Saudi PIF was unlikely to materially reduce its stake in Lucid Group in order to maintain leverage before the finalization of the terms around an EV production facility that the company is expected to establish in the Kingdom by 2024. That eventuality materialized toward the end of February when Lucid Group and Emaar, The Economic City (Emaar EC) – a public Saudi joint-stock company – finalized a 25-year lease agreement at the cost of SAR 113.5 million or $30.26 million to establish a sprawling EV manufacturing and assembly facility.

Since this development coincided with the outbreak of the Russia-Ukraine war and a broad-based rally in global commodities, including oil, the PIF certainly has the fiscal room now to wait for a recovery in the share price of Lucid Group before taking materially higher profits. Consequently, Aramco’s soaring profits just might stave off a carnage in the EV manufacturer’s stock price that would result from a material reduction in the Saudi PIF’s gargantuan stake.