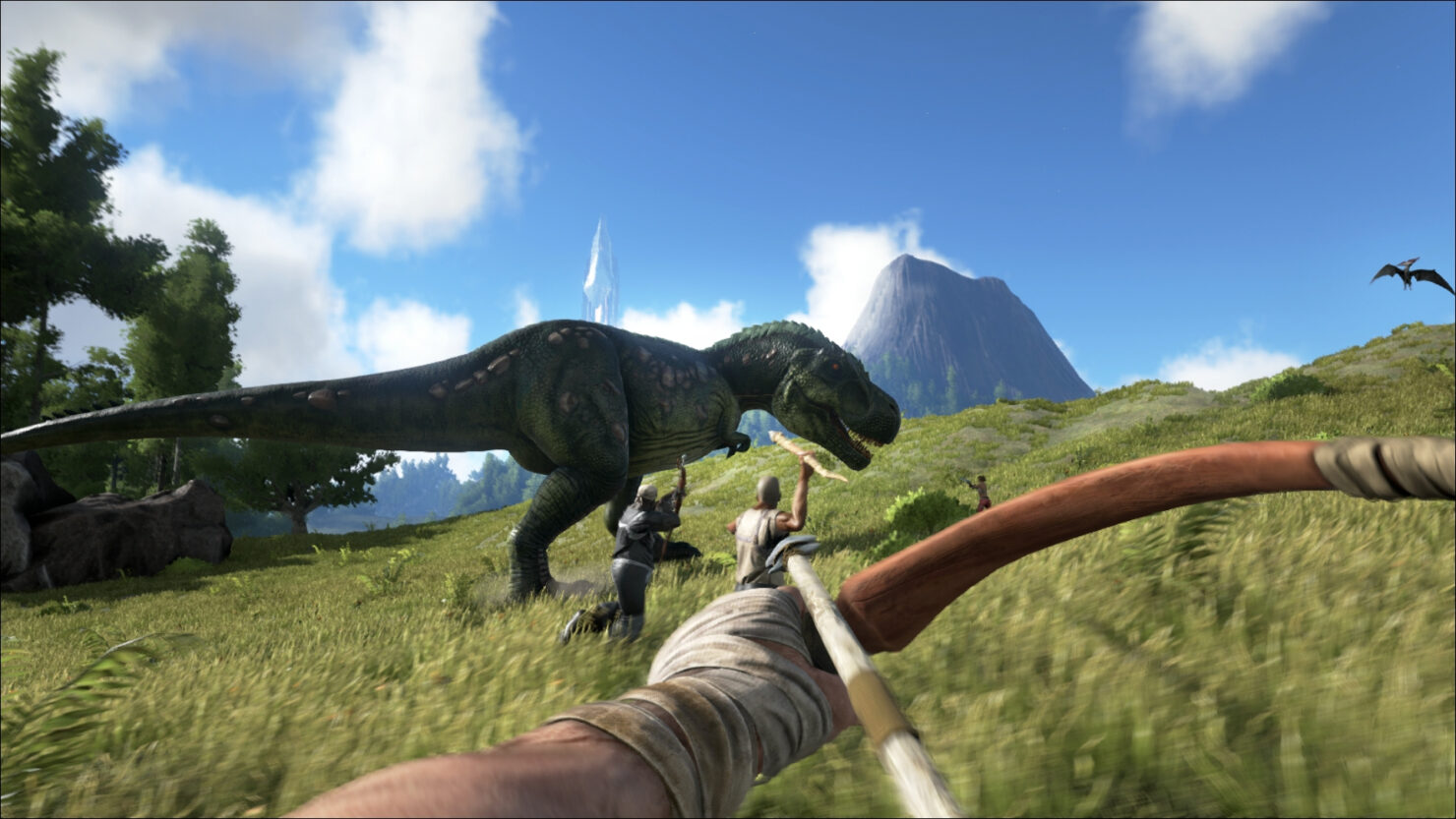 Studio Wildcard's Jesse Rapczak was featured in an interview with Geoff Keighley during the YouTube E3 2017 Live Show, where he announced that ARK: Survival Evolved would be targeting 60FPS on the platform while that is "not possible" for PS4 Pro. It should be noted that he probably means at 1080P or higher resolution since PS4 Pro users can already choose to run the game at 60FPS by dropping the resolution to 720P (1280x720).

It's amazing. It's basically like Epic settings on PC, we're targeting 60FPS. We recently introduced variable frame rate, but on Xbox One X with the extra horsepower, you'll notice less variation in your frame rate even in busy situations.

The PS4 Pro also has improved frame rate when compared to PS4. Before the XB1X, it was the best console version of ARK, but it's hard to argue with that 6 teraflops [laughs]. Having the same frame rate in our game isn't really possible, there are a couple reasons for that: the XB1X not only has a faster CPU than PS4 Pro, it also has a lot more RAM. I'd say there's a 50% performance difference.

The Xbox One X is great. Everything from the devkits is so much easier to develop for. It's faster in all sorts of ways, especially for us developers it's easier to iterate. In terms of horsepower, it's just phenomenal, it is expensive but when you think about the price for a similarly specced PC, it doesn't unreasonable at all to me.

Overall, the quality is going up a lot. It would have been easy to say, hey, let's just take the Xbox One version and crank up the resolution, but actually we've brought over some enhanced effects from PC. We've actually got volumetric lighting and clouds on Xbox One X, higher draw distance that is equal to PC's Epic settings, higher resolution textures...

Another interesting tidbit of news is that Windows 10 and Xbox One versions of ARK will have cross-play functionality and cross-buy, even retroactive. There won't be any cross-buy or cross-play with the Steam version of ARK, though.

The game is due for release later this year and we should get a launch date very soon.