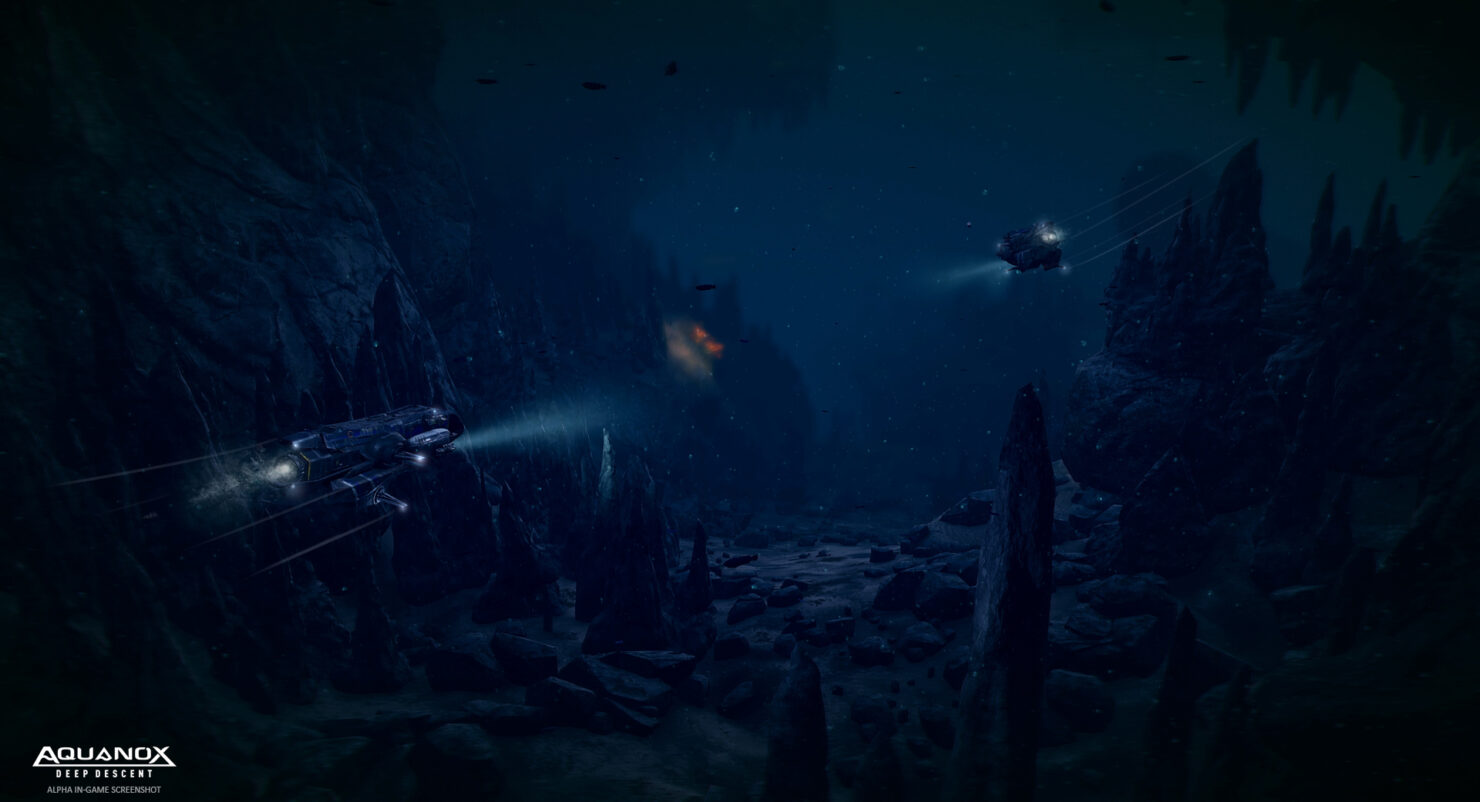 The elder gamers among you might very well remember a series of underwater shooter games called Aquanox. The franchise now belongs to THQ Nordic, which partnered with Digital Arrow to create Aquanox Deep Descent.

The game was funded via Kickstarter on September 11th, 2015 with  $95,979 in pledges and it's now approaching the final release, currently scheduled for Q4 2017 on PC. Meanwhile, the first Multiplayer Closed Beta test is ongoing and we've got a thousand codes that will immediately open the gates for you.

Do note that the beta runs from 6pm CET Friday, April 28th to 6pm CET Monday, May 1st, featuring two game modes – Team Deathmatch and 4v4 Deathmatch – across two different maps against other online players (with AI opponents filling any empty slots). These are Steam keys, so you can redeem them there.

Aquanox Deep Descent is a first person underwater vehicle shooter, in which players control a variety of customizable ships to engage in fierce battles in the dystopian deep sea world of Aqua.

In the near future, the Earth's surface has become uninhabitable. What remains of humankind lives in former mining and research stations, deep below the surface of the sea. Born and raised in the only world we know, the loose network of underwater settlements, torn by the war for resources and dominance between various factions.
Take control of a team of highly trained fighter pilots and experience an epic story in the dark world of Aquanox. Send your enemies down to Davy Jones's Locker with well-aimed torpedoes, mortars, mines and more. Explore the deepest corners of the oceans - mysterious, hazardous, uncharted.