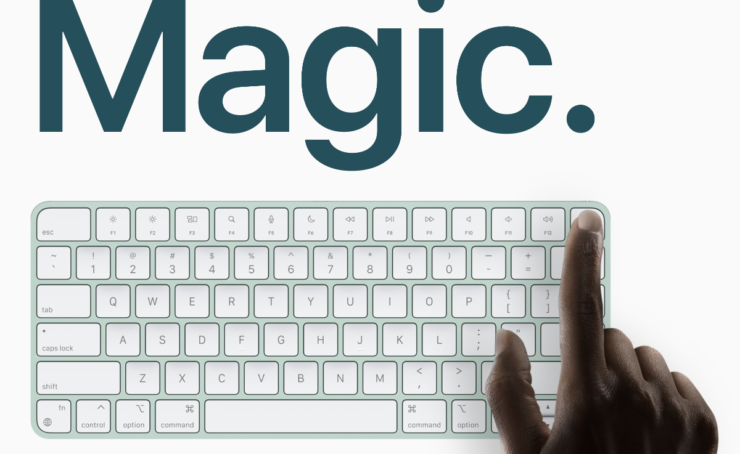 Will the new iMac Magic Keyboard with Touch ID work on your Mac? The answer is a mixed bag but allow us to explain.

Update: The Touch ID sensor on the Magic Keyboard will work with any Mac that has a built-in Touch ID scanner. More details can be found here.

Apple's new 24-inch iMac comes with an optional Touch ID Magic Keyboard for the 7-core GPU model while it ships as standard on the two higher-end options. But the question everyone has been asking is this: will it work on my Mac? The straight answer is: it will, but partially.

See, the thing is, the new Magic Keyboard will only ship with the 24-inch iMac itself and Apple currently has no plan to sell it separately. But, if you do buy the new iMac with the Touch ID-laden Magic Keyboard then you will be pleased to know that the keyboard will work all of your M1 Macs, including the Mac mini, MacBook Air and MacBook Pro, with Touch ID over Bluetooth.

You can only buy them with the M1 Mac (for now?) but you can use them (with Touch ID!) on other M1 Macs, or just as BT keyboards (no Touch ID) on Intel Macs/other devices. https://t.co/mOOp5mbmg2

But, there is always a but, if you pair the keyboard with an Intel Mac, regardless of which model it is, the keyboard bit will work fine but Touch ID will not work at all. The reason for this is simple: the keyboard requires the Secure Enclave in the M1 chip, something which Intel Macs completely lack.

Long story short, there is no point in sourcing this keyboard if you plan on using it with an Intel-based Mac. But if you are going to do it anyway, then that is entirely your call.

We are certain that Apple will start selling this keyboard separately, eventually. After all, why would not anyone have a pastel colored keyboard on their desk, right? I am sure Apple wants to put these keyboards everywhere.