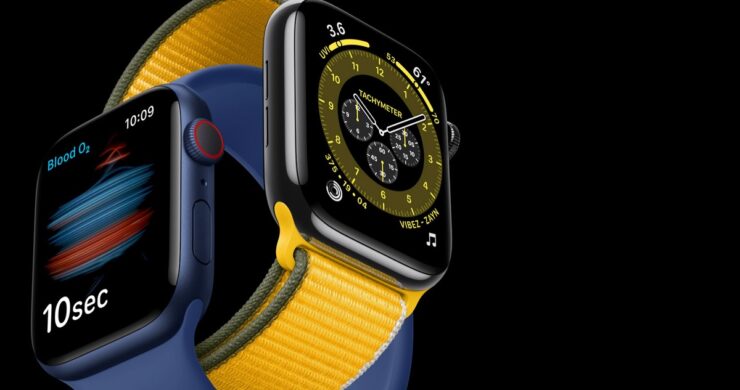 It is almost given at this point that Apple will push the envelope to the max with its Series 7 smartwatch in terms of display size. In fact, we previously reported that the Series 7 will indeed get exclusive watch faces to take advantage of the larger display, but today’s report by Bloomberg goes a mile extra in details.

The watches will be marketed as 41 millimeters and 45 millimeters, an increase from the current 40- and 44-millimeter versions, according to the people, who asked not to be identified because the specifications aren’t yet public. But those sizes refer to the vertical dimension of the case. The new screen itself -- measured diagonally -- will be about 1.9 inches on the larger model, up from 1.78 inches.

The report goes deeper into the exclusive watch faces the Series 7 will be getting. There will be four new watch faces that will arrive with the new smart watch: Modular Max, Continuum, Atlas and new exclusive Nike / Hermès watch faces.

Modular Max is described as an upgrade to the current Infograph Modular watch face.

A new face, dubbed Modular Max, will show the time digitally alongside one small complication -- showing information like the day of the week, outside temperature or quick access to an app -- with larger complications that span the length of the screen stacked on top of each other below. That’s an upgrade from the current Infograph Modular, which can show only one large complication.

Continuum seems like a fun addition that will change throughout the day as time passes by. Atlas, on the other hand is meant for timekeepers who want to see all 24 timezones at the same time.

The Nike and Hermès watch faces will see an upgrade.

Apple is also working on new faces for its Hermes and Nike-branded Apple Watches. The Hermes version has numbers that change hour by hour, while a new Nike face features numbers that move based on a person’s motion.

Needless to say that Apple Watch Series 7 will be a big upgrade, quite literally. We can expect it to have squared off edges, a more powerful S7 chip, and it will most likely won’t feature blood pressure sensors.

We can expect Apple to announce the wearable in a special event this month, in September.