Apple TV 4: Everything We Know So Far – Roundup

Here's a roundup of Apple TV 4 features, specs, price and release date, based on leaked reports and rumors flying around. 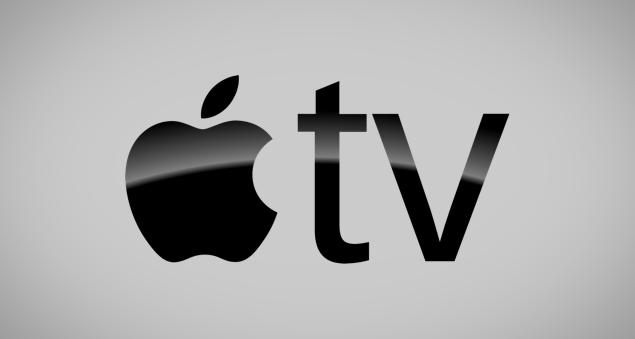 Apple is all set to announce a brand new Apple TV 4 at its big event next week, on the 9th of September. Based on all the reports and rumors that are circulating on the Web, here's everything we know so far about the yet to be announced device.

According to a recently published report, the Apple TV 4 will be larger than the current Apple TV 3 which the Cupertino company ships for $69. It's highly likely that the new set-top box will feature the same app icon like design which we have come to know over the years, but of course, Apple is bound to throw in a few tweaks to make the device look a lot flashier and prominent than before.

The new Apple TV 4 will come with a brand new remote which will feature a touchpad for interacting with the on-screen UI, while also featuring a microphone for Siri commands. Apart from that, reports suggest that the Apple TV 4 remote will feature two tactile buttons for 'Home' and 'Siri' and a volume rocker as well.

Apart from a new remote design, it's also rumored that the Apple TV 4's remote control accessory will also sense motion, which would highly likely serve its purpose more in gaming that anything else.

Unlike before, the Apple TV 4 will have a color matching remote with the main hardware itself, and of course, it will be made of metal.

Unlike the current Apple TV UI, the Apple TV 4 will feature a brand new on-screen look, with a much more enhanced underlying software which will be based on iOS 9. While we don't know the specifics of the UI, one concept designer has done a good job in visualizing what Apple might have in store for us.

Apple is all set to throw in WiFi 802.11ac standard support in the Apple TV 4, something which is a marquee feature in its other lineup of devices such as the iPhone, iPad and of course, the Mac.

This one's a biggie and something which has been rumored for quite a while, the Apple TV 4 will feature an App Store of its own, and will have full support for third-party apps and games.

As we mentioned above, the new Apple TV will support Siri, and will also come packed with a universal search feature, allowing the voice assistant to tap into multiple sources such as Netflix, Hulu and iTunes to get multiple results in one fell swoop.

Given the rumored support for third-party apps and games, the new Apple TV 4 will allegedly have support for external Bluetooth game controllers, according to a report published by 9to5Mac.

No 4K Support Just Yet

With 4K being the new standard for video based content, reports are suggesting the new Apple TV 4 won't have support for the 4K standard just yet.

Despite being a new device, reports suggest that the Apple TV 4 will feature the same ports which can be found on the current model. So don't expect anything new on this end.

On this end nothing much has circulated around the Web, but given how Apple has opted to introduce the new 12-inch Retina MacBook in three colors - silver, gold and space gray - it's likely the Cupertino company will opt for the same options for the Apple TV 4.

The new Apple TV 4 is said to arrive in two memory configurations - 8 and 16GB. It's also likely that the device will be able to store content for offline playback, given the storage options.

The Apple TV 4 will be announced next week at Cupertino's big keynote, and will be available to ship in October.

That's everything we know far regarding the Apple TV 4. While there are bound to be many surprises thrown into the mix, we can't wait to see what Apple will have in store for us at its keynote next week.

Be sure to check out our complete roundup on what we expect Apple to announce at its event next week. Furthermore, the entire event will be live streamed, and the details for that can be found here: How To Live Stream September 9th iPhone 6s Event On iOS, Apple TV, Mac, PC.