Apple is expected to launch its next-gen iPod later today. Ahead of this expected iPod launch, Apple has taken down its online store. 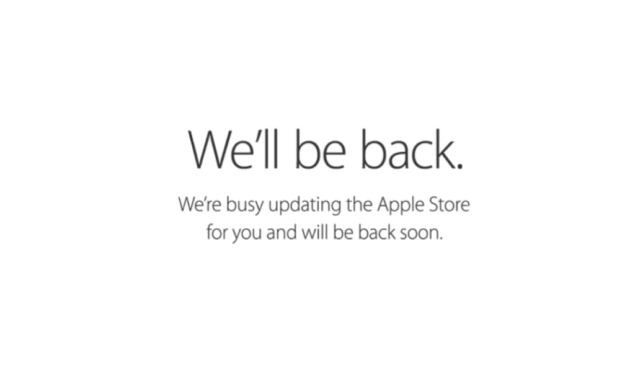 Many had believed that there won't be any new iPods coming from Apple. However, in the past few months we kept spotting things here and there that indicated that Apple could in fact release a new iteration of iPod for those who don't want the cellular features in their gadgets. Earlier, a reputed publication shared that, “Apple will be rolling out a refreshed line of iPods today, according to sources.”

This refreshed iPod lineup expected today will bring major improvements with a 64-bit processor and an 8-megapixel iSight camera. It is rumored that iPod touch will come with a motion co-processor that will help user track down steps and distance among other metrics. More storage will also be offered in the upcoming 2015 iPods. New iPods will be offered in dark blue, dark pink and well, gold.

Until now just another rumor, Apple's taking down the online store has given a strong green light that we indeed are going to see the sixth generation of iPods possibly later today. With Apple's Music now making waves in the industry, it is likely that Cupertino tech giant has timed this delayed release of 6th gen iPod to keep the music fans fall for the iPods all over again.

Have you been looking forward to some new and more powerful iPod Nano and Shuffles? Today's definitely going to be your day.