Just recently, we received news concerning the price tag of Verizon’s 16 GB iPhone 6s, and now the company is looking revive its iPod lineup with 64 GB iPods. Part of why the Cupertino tech giant might be looking to release these products in to the market is because it wants to generate a significant amount of revenue and notoriety from its Apple Music Service. The 64 GB iPods will include three devices, which are as follows: 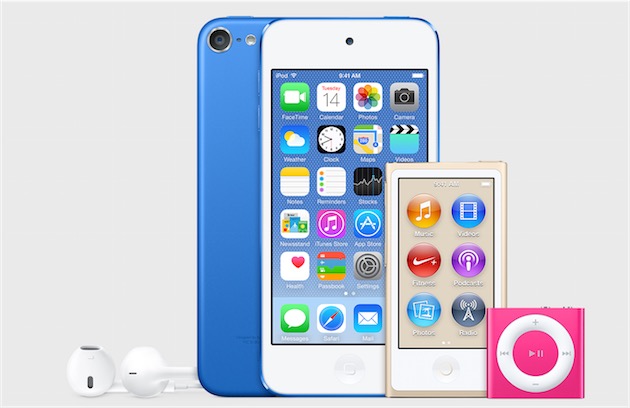 According to igen, the 64 GB iPods mentioned above are going to be available to purchase in the following colors:

The source also mentions references number that have been uniquely designated to a different product, with the details of all 64 GB iPods provided below:

We expect the new iPod touch to sport impressive hardware specifications, so in short, we might be looking at an A8 present in the device. Looking at how Apple incorporated a previous generation SoC to its 5th generation iPod (to refresh your memory, it was a dual-core A5 SoC), we should expect the device to be running the same mobile chipset that is currently present in the company’s iPhone 6 duo.

As for the price tag, the new iPod touch and the remaining devices are expected to feature a much larger one compared to its previous generation counterparts due to the amount of onboard memory present in them. If the upcoming iPod touch is incorporated with an A8 chipset, then you should expect that price to shoot up.

Looks like we are going to be waiting anxiously for July 14 to arrive to see what surprises Apple has in store for use. Would you like to see 64 GB iPods get unveiled by Apple? Let us know your thoughts.