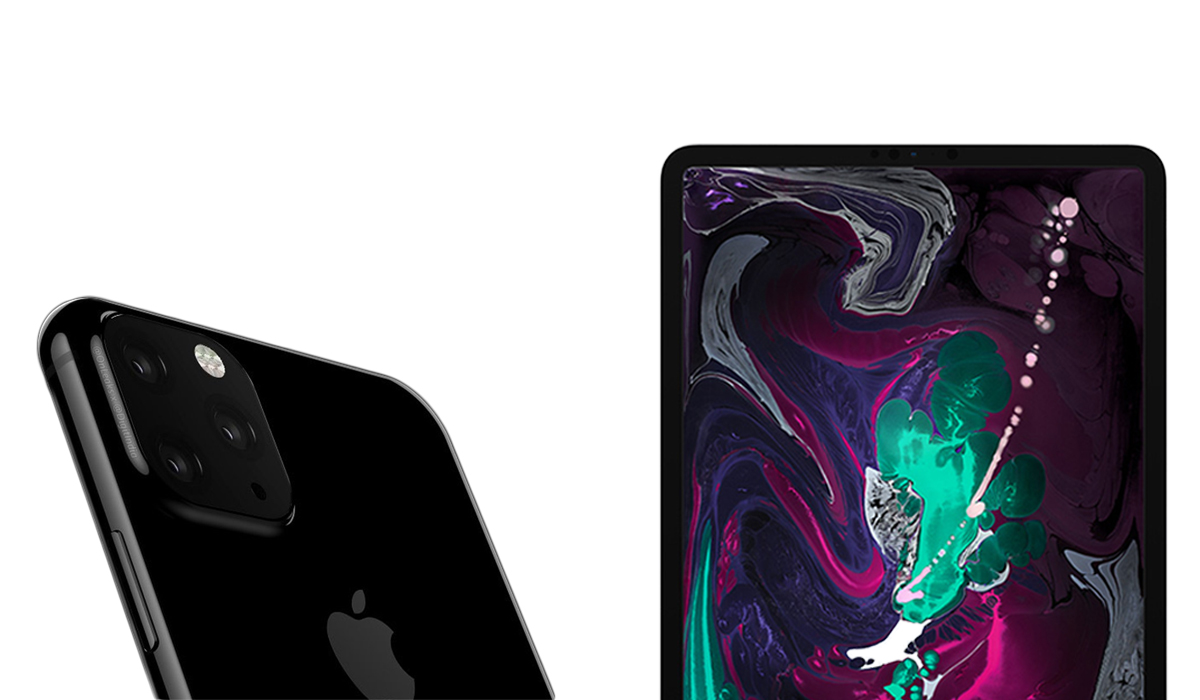 If there ever was a time for Apple to start working on advancing its iPhone lineup for the future, it would be now. According to the latest report from Bloomberg, we’re going to be treated to the best iPhones yet. As most of you know thanks to earlier leaked renders, at least one model from the 2019 iPhone lineup will feature a triple camera setup. The company is also planning newer iPad models this year, among other improvements and introductions from the tech giant.

According to people familiar with the matter, the rear-facing long-range 3D camera will scan the environment to create 3D dimensional reconstructions of the real world. These cameras will work up to 15 feet horizontally and will be significantly better than the current iPhone 3D camera system. In contrast, the cameras used in the current-generation iPhone lineup operates at a distance of 25-50 centimeters and it’s just for Apple’s Face ID. Newer technologies are expected to be adopted in the 2020 lineup, such as a laser scanner in place of the existing dot projection technology.

One of the many new features include an extra camera at the back that will enable the new iPhone to capture enhanced images, along with improving the AR experience. Apple is reportedly in talks with Sony about testing camera sensors with the new systems. In fact, we reported that the Japanese giant might supply both Apple and Samsung with 3D sensors for their mobile devices. According to people close to in-depth information, Apple intended to use the advanced optics solution for this year’s upcoming iPhone lineup, but the move was delayed.

What Does Apple Have Planned for This Year?

For 2019, Apple will be launching three new devices. One will be an iPhone XR successor, which will use an LCD screen and is rumored to sport a 4x4 MIMO design for faster wireless speeds and data transfers. It could also be the last iPhone to feature an LCD panel as Apple is reportedly eyeing a future where all of its mobile devices will feature OLED screens. The successors of the iPhone XS and iPhone XS Max are codenamed D42 and D43, respectively, with the larger of the two expected to come with three cameras at the back.

Of course, the remaining two models scheduled to launch this year will come with upgraded camera systems, but if you want to experience the best in the business from the technology giant, you’ll have to spend the extra cash and get your hands on the iPhone XS Max successor. The third camera is said to offer a larger field of view and enable a wider range of zoom. It will also be capable of capturing more pixels so Apple’s camera software would be able to fit in the subject that may have otherwise been cut off from the actual shot. This will include corrections from not just still shots, but video too.

Apple is also reportedly planning an upgraded version of its Live Photo feature, with the new version doubling the length of the video from three to six seconds. The California-based giant is testing some models of iPhones with Type-C USB ports. The newer models will feature an upgraded Apple SoC, along with a faster Face ID solution and a smaller notch, according to different leaked renders.

Beyond iPhones, Apple is said to launch a successor of the iPad 6 and it will feature a 10-inch display and a faster chipset. The unveiling of the new iPad model could take place as early as spring and according to people familiar with the matter, it will retain the Lightning port. The company is also said to be readying a cheaper iPad mini and according to a developer, the slate could get Apple Pencil and Smart Keyboard support.

There’s plenty to look forward to this year, and if this wasn’t enough, 2020 will hold more surprises, so stay tuned and we’ll be back with more updates just like these.