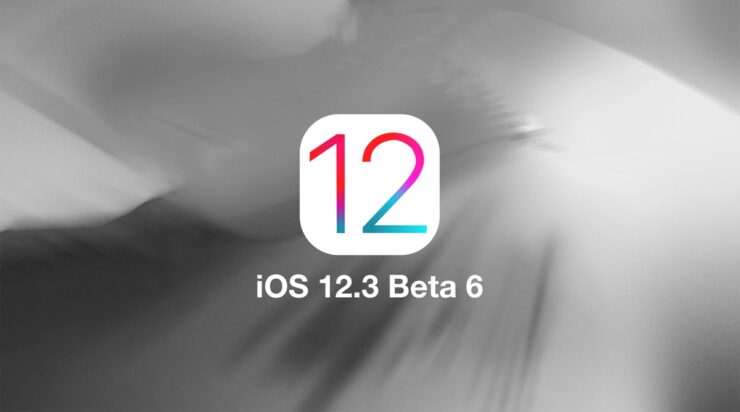 Apple has just seeded iOS 12.3 beta 6 for iPhone and iPad developers around the globe. This release features even more fixes and performance enhancements.

The Cupertino company has been hard at work churning out new software in the background, slowly moving towards the final release. Today, the sixth beta of iOS 12.3 is available for registered developers and if you have one of the previous updates installed from this lineup then you can grab the latest build over the air.

In order to download iOS 12.3 beta 6, connect your device to a WiFi network, navigate to Settings > General > Software Update and download the update from there. The changelog mentions nothing more than bug fixes and performance enhancements but obviously that is a good thing to be had at this point if you are using a device on which the beta is installed on is your a daily driver.

Given how close we are to WWDC 2019, it's somewhat safe to assume that the final build of iOS 12.3 will be available to download within a couple of weeks. Or, dare I say, might actually become available for the public next week for download. Whenever the update is available, we will inform our readers about it.

If you don't have an Apple Developer Program membership at hand, and you still want to take the latest beta for a spin then you can do it for free. It's as simple as heading over to beta.apple.com using your iPhone or iPad and sign up using your Apple ID on the website. Once done, you will then be directed towards downloading a configuration profile onto your phone or tablet after which the update will be pushed to you over the air. I highly recommend testing out the beta on a device that is not your daily driver so that the bugs under the hood do not hamper your daily routine. Rest, is your call.