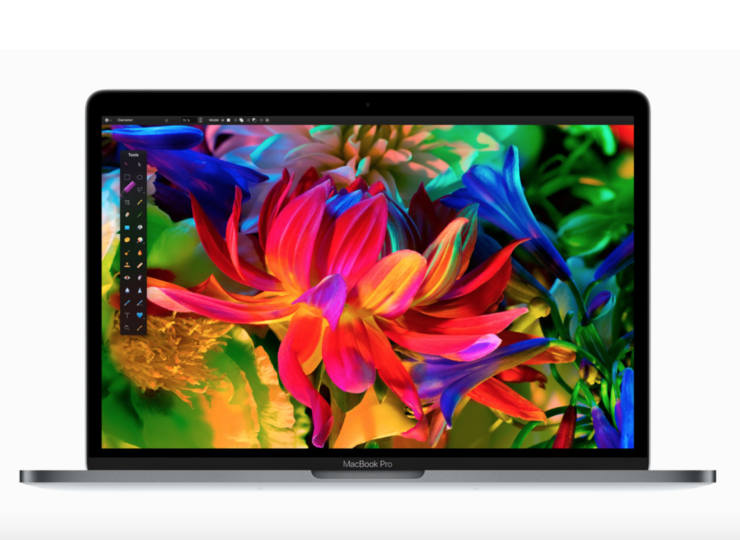 It's here folks. Apple's finally launched the 13 and 15-inch variants of the MacBook Pro 2016. The notebooks have been in the rumor mill for a long time. We've heard conflicting details surface, so it's finally a relief to see actual products launching. Just as is the case with other launches, the 2016 MacBook Pro lineup also falls in line with what had already surfaced in the rumor mill. Wondering what changes Apple's made this year? Take a look below to find out more.

When we talk about design, there's very little that Apple could have changed on the MacBook Pro. The laptops utilize unibody Aluminum frames after all, and minimalism requires removal of all unnecessary aesthetic details. That being said, today's MacBooks from Apple still manage to add to their predecessors in terms of design. Speaking of dimensions, the 13-inch MacBook Pro stands at 14.9mm, making it 17% thinner than the previous model. It weighs in at 3 pounds and is 23% smaller in volume. You can rely on Apple to consider the 'volume' of a notebook and that's exactly what we got at today's event.

For the 15-inch variant, the weight stands at 4 pounds, marking a 20% decrease in volume. Dimension wise, the notebook is 15.5mm thin. The Force Touch trackpad makes an appearance and is 2x larger.

The highlight of today's event has been Apple's Touch Bar. It's the most exciting feature for the MacBook that made several rounds on the rumor mill. The Touch Bar, as predicted will adapt to whatever software you're using at the time.

It's also Retina, so there's going to be some crisp icons for you to look at. A rather delicious feature of the MacBook Pro is Safari's display of browser tabs in the Touch Bar. It'll be a lot more than just a simple strip folks.  You'll be able to scroll through photos, make emails bold and do much more. It really just might be the defining feature of the notebooks. Apple's intelligently integrated right click functionality and touch capabilities in a single customizable strip this time.

You get Touch ID unlocking at the power button, which highlights Apple's attention to aesthetics and design, simultaneously. You'll also be able to switch accounts using multiple fingerprints, for Apple Pay.

Now, let's move to what really matters for the MacBook Pro. Apart from Touch ID, Force Touch Trackpad and the Touch Bar, we also get some performance upgrades. The 13-inch MacBook Pro features Intel's Core i5 and i7 processors, with Iris Pro graphics. For the larger variant, you also see AMD's Polaris make it on the board. It'll feature up to 4GB of VRAM and will be 2.3 times faster. SSD storage will feature space up to 2TB. Core i7 for the 15-inch MacBook Pro will stand at 6th gen, quad-core, 2133MHz memory.

Apple really has paid some careful attention to the MBP. This time, you get four Thunderbolt 3 ports, which include support for USB Type-C. What's more interesting is that any of these ports can also be a charging port. So you can say goodbye to having charger orientation problems. What we're wondering is what happens if you connect four chargers to the MacBook Pro at the same time. Don't try it.

Each key on the MacBook's keyboard will be individually back-lit and the keyboard will feature Apple's upgraded butterfly mechanism. There's also a dedicated key for Siri. Battery life is up to 10 hours.

Moving towards pricing and availability, you'll have to dish out $1499 for non Touch Bar, traditional 13-inch version, $1799 for 13-inch Touch Bar model, and $2399 for 15-inch Touch Bar model. Shipping for the non Touch bar version starts today. For the rest, Apple's provided a time frame of 2-3 weeks.

There have been some serious updates made this year for the MacBook, especially in terms of functionality. We'll have a wrap-up for today's event soon. Till then, let us know what you think of today's updates in the comments section below.