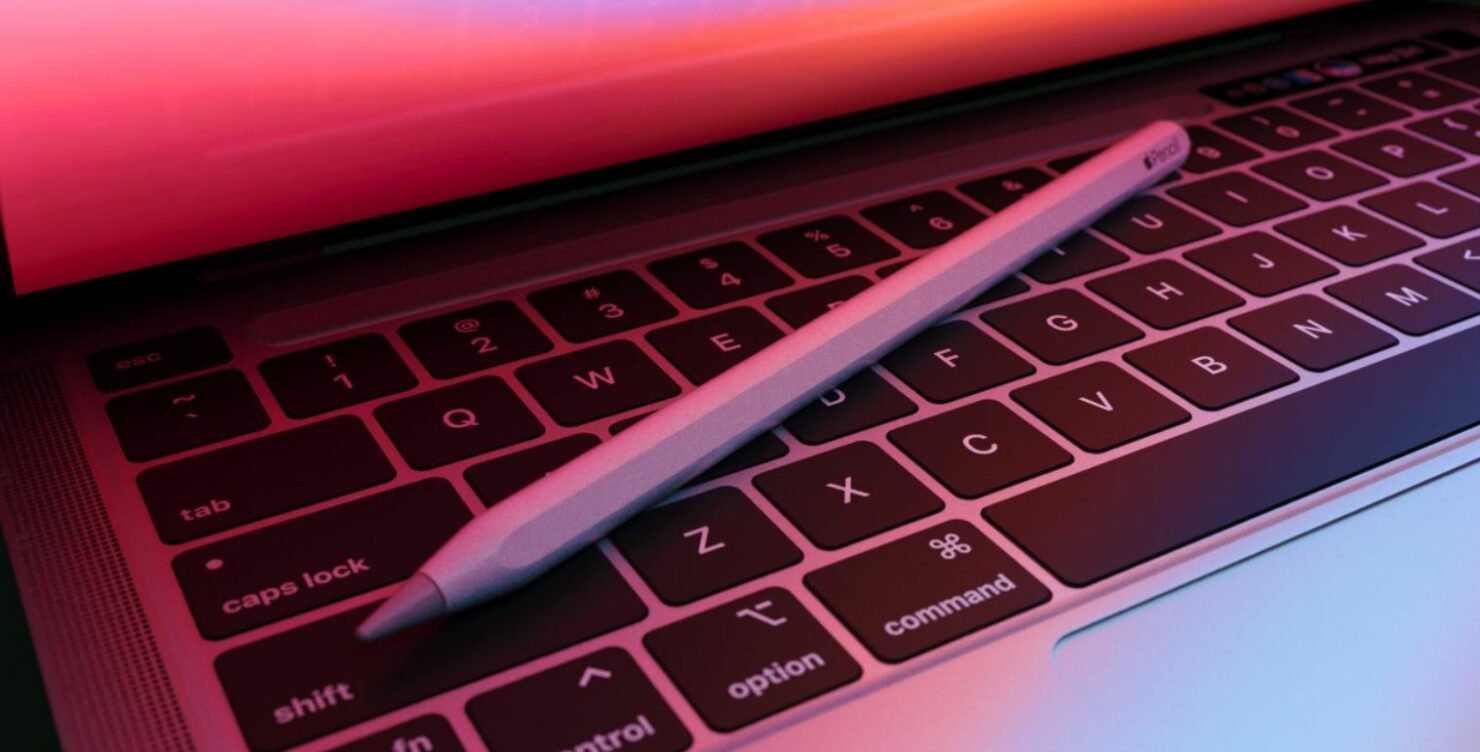 Apple is on the road to introduce new MacBook Pro models, potentially later this year. The new machines will be powered by Apple Silicon as part of its transition from Intel processors. There has been a lot of details pertaining to the upcoming 14-inch and 16-inch MacBook Pro models. One of the biggest rumors is that Apple might be looking to ditch the Touch Bar in the upcoming lineup. While it is too early to speculate at this point, a new concept has emerged that replaces Touch Bat on the MacBook Pro models with a dock or case for Apple Pencil.

Apple recently filed a new patent in which it describes a retainer for the Apple Pencil situated in the place of the Touch Bar. Designer Sarang Sheth has created a new MacBook Pro concept in which he has created a model of the patent. As you can see in the images added below. the MacBook Pro does feature a smaller fraction of the Touch Bar. In addition, the MacBook would also feature touch gestures using the Apple Pencil. The smaller Touch Bar would carry functions like Siri and quick access to other apps. 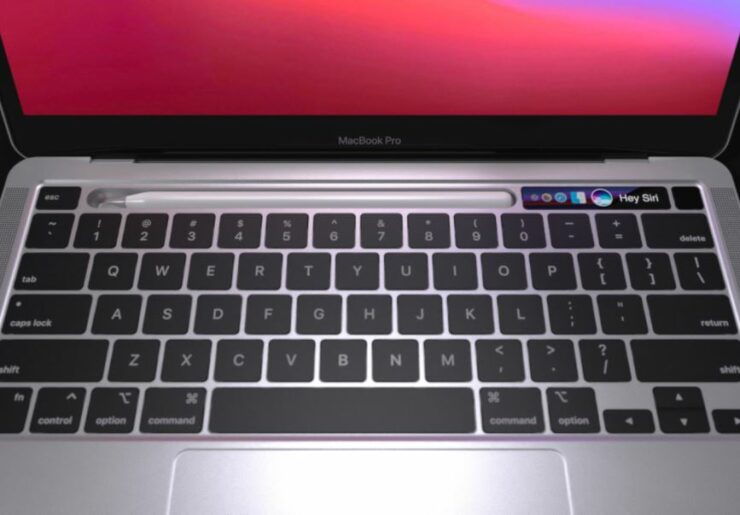 While the MacBook Pro concept is great to look at and far from reality at this point in time, we would be surprised if Apple introduces the upcoming models with touchscreen capabilities. TakeAp note that Steve Jobs was not a major fan of touchscreens on Macs saying that it would be "ergonomically terrible." In addition, Craig Frederighi also coined back in 2020 that a touchscreen on a Mac is not one of Apple's plans. 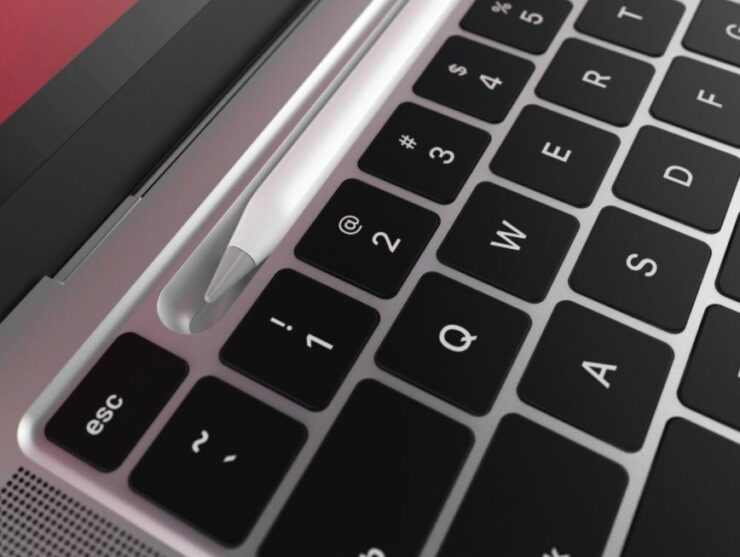 Nonetheless, the MacBook Pro concept is great to look at, and possibly it would be suitable for a lot of creative tasks. Another aspect to note here is that Apple's patent (via Patently Apple), filed earlier this week with USPTO, explains how Apple could potentially use a retainer for the Apple Pencil on the Mac.

“The present invention relates to incorporating an Apple Pencil that is removably mounted to a MacBook keyboard. While the Pencil is in its retainer it could act as a mouse to move a cursor. Uniquely, a high-end lighting system is built-into the retainer and the Apple Pencil wherein the Pencil can replace the top F-Key row with the functional key symbols illuminated on Apple Pencil with full functionality.”

You can check out more MacBook Pro concept images here and let us know if you think adding an Apple Pencil is a good idea. This is all there is to it, folks. Share your views regarding the new concept in the comments section below.