When it comes to its devices and launches, Apple's known to be notoriously secret and go to far lengths in order to conceal its plans. But judging by the sheer amount of iPhone 6s duo leaks we've seen so far, and the iPhone 6 duo leaks that we saw last year, the company seems to be going out of touch. But that doesn't stop Apple from coming up with clever methods to disguise its upgrades, and a patent registered in Europe by the Cupertino company might just confirm the 3D Force Touch rumors for the iPhone 6s duo.

Even though its been speculated for quite a while that the upcoming iPhone 6s Duo will be coming with Apple's Force Touch technology, a report just two days back ended up adding new spice to the mix. While the Apple Watch's Force Touch has the ability to differentiate through two different gestures, according to a latest report, the iPhone 6s duo coming this month will be taking things to an all new dimensions. Apple's hard pressed to add some consumer worthwhile upgrades to its S lineup of device this year in order to maintain or add to the present iPhone momentum and 3D Touch as its being called right now might just do the trick for it.

Now folks over at PatentlyApple have done some digging around Apple's current patents for Force Touch and have managed to spot something rather interesting. Apple's patent, filed in Europe as we mentioned above, includes a reference for detecting three different touch strains, with different variables added into the mix. To be more precise, 3D Force Touch on the iPhone 6s duo might included strains going by the names of Euser, Epyro and EcTE. 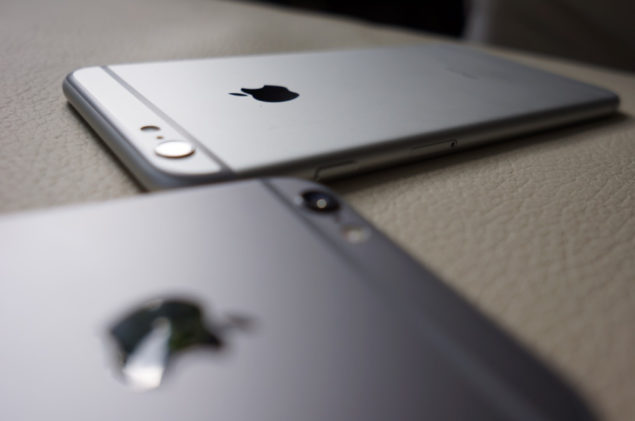 What this means it that if today's information turns out to be correct, then the iPhone 6s duo will be coming with sensor that detect inputs through measuring the actual force of a command, measuring its pyroelectrics and coefficient of thermal expansion. Looks like the third layer is in place to discount any negative impacts that temperature might have on inputs on the iPhone, through taking in data from three multiple strains.

Apple's iPhone 6s and iPhone 6s Plus are set to be launched by the company in less than two days from now at the Bill Graham center. They're expected to feature an all new A9 SoC on board, coupled with Force Touch, a Rose Gold color option and several enhancements to both the rear and the front camera of the devices. Stay tuned and let us know what you think in the comments section below. We'll keep you updated if this develops.