Apple's event this year was undoubtedly one the most gadget-packed event from the company that we've seen in quite a while. We've seen gadgets ranging from the iPhone 6s, the iPhone 6s Plus, an all new Apple TV, the iPad Pro, and finally the much needed iPad mini upgrade, in the form of the iPad mini 4. Last year, the iPad mini 3 saw a rather complimentary upgrade from Apple, with the main focus of its event on the iPad Air 2. Well, things have changed this year and now we get a much improved slate. Take a look below for all the details. 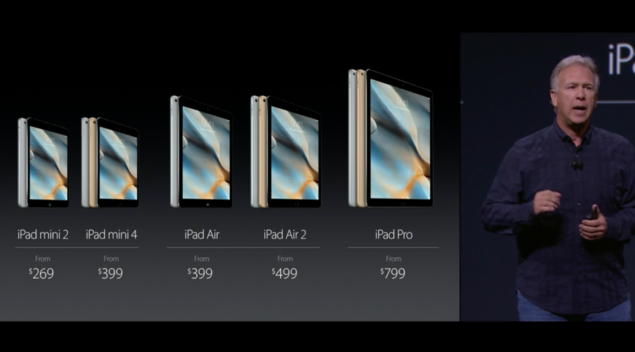 So what's the latest iPad mini 4 from Apple all about? Well, for starters, it comes with the Apple A8X, the same tri-core Cyclone CPU that made waves with the iPad Air 2 last year. The A8X is capable of achieving frequencies of up to 1.5 GHz for each core and comes with 3 billion transistors. It also comes with an eight cluster GPU, which adds two more to the six found on the iPhone 6 and iPhone 6 Plus' A8. It's a custom GPU from Apple, and we're eager to see if the company has made further changes under the hood on the iPad mini 4's A8X.

The iPad mini 4 comes with a starting price tag of $339, as the iPad mini 2 sees its price slashed to $269. In Apple's own words, the device is essentially an iPad Air 2 in a smaller shell, so we'd be interested to see what the company does to upgrade the iPad Air lineup.

The new iPad mini 4 will be available in November alongside the new 12.9-inch iPad Pro which the Apple has introduced with an Apple Pencil. If you've been looking for a smaller slate with a ton of punch, then Apple has answered your prayers in the form of the iPad mini 4.

Interested in the iPad mini 4? Could Apple do more? Let us know what you think in the comments section below and stay tuned for the latest.