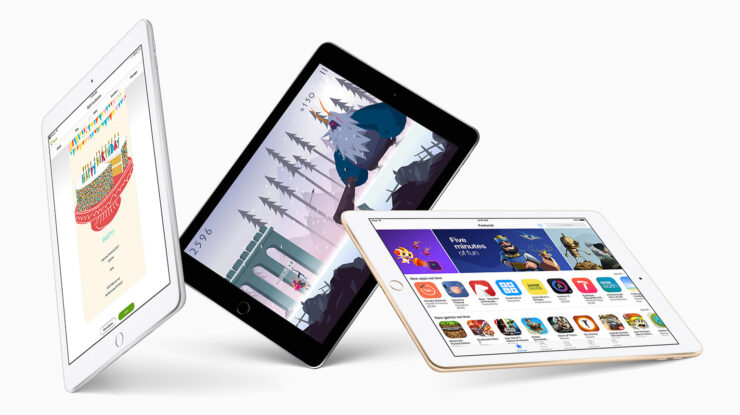 When it comes to tablets, Apple is the undisputed leader with a market share of more than 26 percent. The company continues to do better than its competitors, thanks to innovations such as the Apple Pencil support. However, iPads are not the cheapest tablets out there. Take the 6th-generation iPad as an example, with the 128GB variant costing $429. However, if you have been looking for a discount, Amazon is offering just that.

Avail the $100 Discount on the 9.7-Inch iPad While the Offer Lasts

Amazon has reduced the price of the 9.7-inch iPad by $100. This means that you can now get the 128GB variant of the sixth-generation iPad with Wi-Fi connectivity for just $329. The 32GB variant has also received a price cut and is now retailing on Amazon at $249. The prices of the Wi-Fi + Cellular variants of the 9.7-inch iPad have also gone down. Moreover, all three color options, namely Silver, Gold, and Space Grey are available.

This is quite a deal and it’s not every day that Apple tablets are discounted so you might want to hurry up as Amazon hasn’t mentioned how long the deal will run or how many units it has in stock. To recap, the sixth-generation iPad sports a 9.7-inch LED display with a resolution of 2048 x 1536. Apple Pencil is also supported but you will have to buy the accessory separately.

It is also equipped with a 1.2MP FaceTime HD Camera and an 8MP rear camera. It can shoot 1080p HD videos seamlessly. The 9.7-inch iPad also features Touch ID instead of Face ID. If you want facial recognition, you’ll have to upgrade to the 2018 iPad Pro lineup. It runs iOS 12 and offers up to 10 hours of battery life.

Is the iPad 5 Still a Great Deal After the iPad 6? With This Discount, It Definitely Is