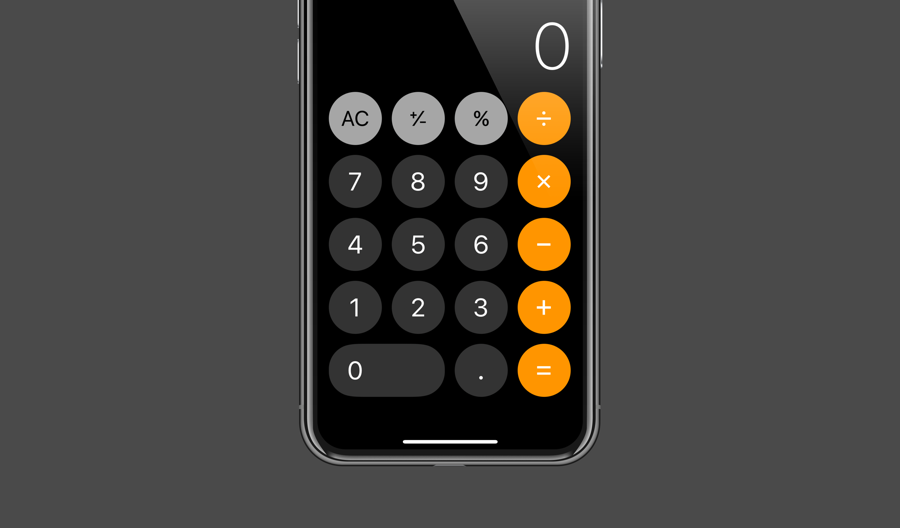 The 1+2+3 Calculator bug from the original iOS 11 release has been properly fixed in iOS 11.3 Beta.

The iOS 11 Calculator Bug Has been Fixed, Animations Restored in iOS 11.3 Beta

In iOS 11.3 Beta however, Apple made even more changes, brining back the animations while also ensuring that users get the correct answer every single time, no matter what they press and how quickly. If you have iOS 11.3 Beta installed on your iPhone right now, you can check this out for yourself as well.

If you are really eager to try out iOS 11.3 right now, you can do so by enrolling yourself into the Beta Software Program. It's absolutely free, and signing up takes no more than a couple of minutes. Once done, just download the beta profile on your device and the update will be pushed to you over the air instantly which you can download over WiFi. Just make sure you have backed up everything to a safe location before going ahead though as you are dealing with beta software here.

iOS 11.3 is a feature-packed release and brings in quite a big of new stuff to the table, especially for iPhone users. It even allows users to approve family purchases using Face ID, which is a huge deal. You can read all about the changes here.

Given that we are sitting on the first beta of iOS 11.3 right now, it'll be a while since we end up seeing the final release seeded to the public. Whenever it does, we will update our readers about it.