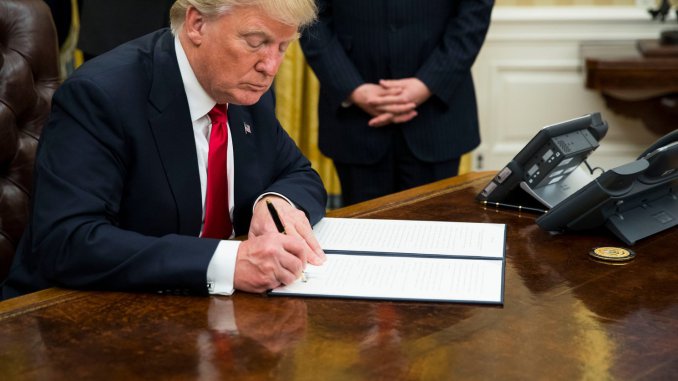 Earlier in February, a number of tech companies had filed a legal brief opposing President Trump's first executive order on immigration. Apple and Google were among the first to respond to this travel ban. However, these tech giants have now reportedly "backed away" from the legal fight against the second version of this travel ban.

"Apple, Google and Facebook are among more than 60 technology companies that appear to have backed away from the legal fight against U.S. President Donald Trump's controversial travel ban, deciding not to put their weight behind a lawsuit seeking to block the second version of his executive order," Reuters reported late last night.

While the first amicus brief that was filed to oppose the original executive order had received support from 127 companies, the latest brief filed in the federal court in Hawaii on Tuesday on behalf of Silicon Valley companies listed support of only 58 companies.

Microsoft, Dropbox, Netflix, Twitter, Intel, Kickstarter are some other companies that had supported the original brief but didn't sign the latest one. However, while Reuters' report is based on the fact that the above-mentioned companies haven't signed the "friend-of-the-court" brief yet, they could still do so. For example, Uber was reported to be in the process of adding its name to the brief.

Companies will have an opportunity to join the effort as it moves through the court system, said Robert Atkins, a New York lawyer and co-author of the brief. "We do expect the group to expand."

It should be noted that Google and Apple were among the most outspoken companies who not only signed the original brief but had also donated to the crisis funds. Google CEO Sundar Pichai had said it is “painful to see the personal cost of this executive order on our colleagues”. Cofounder Sergey Brin was also spotted at a march at San Francisco International Airport. Apple CEO Tim Cook had written a letter to his staff, noting that "Apple would not exist without immigration".

Reuters added that while the lawsuit may have lost some big names, it is still likely to succeed. A Hawaiian judge last night ordered an emergency halt to the latest ban, saying that it would cause "irreparable injury" by violating First Amendment protections against religious discrimination. Another judge in Maryland also blocked the latest travel ban, which was due to begin midnight on Thursday. President Trump has called this ruling "unprecedented judicial overreach".

While it is unlikely that Apple, Google or other tech companies are more favorable to the second travel ban considering how heavily they rely on immigrants, none of the companies responded to a Reuters' query on why they have chosen not to sign the latest brief.