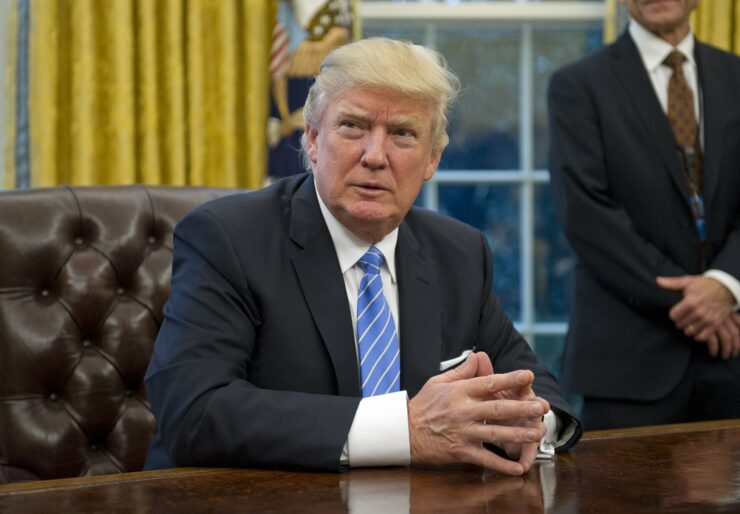 According to Reuters, several technology companies plan to meet today to discuss filing an amicus brief supporting lawsuit that challenges last week's immigration order. President Donald Trump issued an executive order on Friday restricting immigration for 90 days from seven Muslim-majority countries. Since then, a number of tech companies have protested what is being called a "Muslim ban" with statements and funds to crisis management groups.

The report said the meeting will discuss filing an amicus brief. Amicus briefs are filed by parties who want to offer information or argument to the judge, but are not litigants in a case. Speaking to Reuters, Michal Rosenn, general counsel for fundraising company Kickstarter, said the effort began on Monday.

"We're all very shaken. We're shaken to see our neighbors and our families and our friends targeted in this way. All of us are trying to think about what we can do."

Amazon and Expedia have already filed declarations in court supporting a lawsuit that was filed by the Washington state attorney general. Council on American-Islamic Relations has filed another lawsuit challenging the order is unconstitutional. "If the tech companies decide to file an amicus brief as a group, it is unclear which case they would weigh in on," Reuters said.

Washington says the new restrictions will increase national security. But the tech sector isn't seeing eye to eye with the President.

The technology industry is probably the most affected by Friday's order as the sector heavily relies on resources and talent from around the world. In an earlier post, we shared with our readers how Silicon Valley reacted to the Muslim ban, including messages from Google, Apple, Elon Musk, Twitter, and others. Several companies are also offering financial support for organizations that are fighting the order legally or are backing immigrants. The donations so far sent to the American Civil Liberties Union have reportedly exceeded what the organization receives in one year in online donations.

Yesterday, Google employees from eight campuses also staged a protest and walked out in protest of the immigration ban and in support of their colleagues. One of the Google employees, an Iranian green card holder, was reportedly detained in a US airport over the weekend.