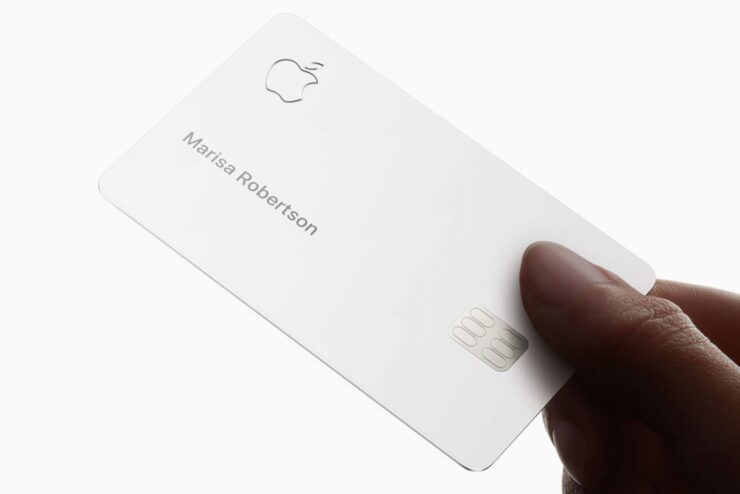 Back in August, the Apple Card was and for this venture, the Cupertino giant has teamed up with Goldman Sachs, which acts as the issuing bank. For now, the company is enticing consumers with instant cashback up to 3 percent. However, if you are wondering if Apple Card features really set it apart from conventional credit cards, your opinion might be invalided by a Russian baking executive.

Speaking during a CNBC-hosted event in China, David Rafalovsky, Chief Technology Officer of Russia’s Sberbank, said that the Apple Card features are nothing mind-blowing. He said that it is just a regular credit card that is paired with a digital wallet and doesn’t have any significant improvements to speak off. Rafalovsky doesn’t consider things such as ‘no fees’ as something innovative.

Other than taking a dig at the ‘run of the mill’ Apple Card features, Rafalovsky also criticized other banks for not bringing out any groundbreaking features. He believes that banks should now start using voice technology but perhaps without relying too much on tech companies. Basically he wants consumer banks to innovate on their own and hopes Russia will lead the way.

“It’s another credit card with a few innovative features. It’s well received on the market, and I’m happy it happened this way. But it’s another credit card. How do you innovate if everyone is using the same ingredients on the table?” Rafalovsky said. “What will make your end product better than your competitors?”

Although Apple has created its titanium credit card, it has been developed by Goldman Sachs. It is locked to Apple devices and works with Apple Pay. So, the company is providing a front-end service and for now, Siri doesn’t have any Apple Card shortcuts. One of the main Apple Card features is the availability of user-friendly information and focus on financial wellbeing. The card works anywhere where MasterCard is accepted in the U.S.

Apple wants to make its credit card as mainstream across the globe as the iPhone. The company intends to roll it out to more countries in the future, which might not be an easy feat as different markets have different banking rules and regulations but it should provide a decent incentive for customers when they want to avail some discounts for future Apple products.