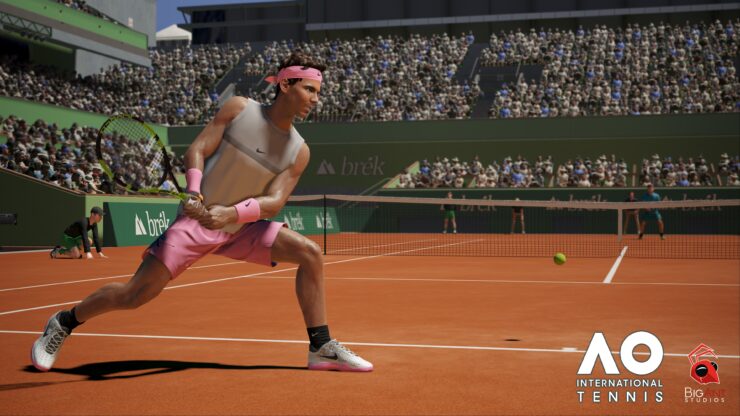 Big Ant Studios confirmed today that the tennis game AO International Tennis will release next month on PC and consoles.

The game launching on May 8th will come with a set of features that should make fans of the genre, and the sport, quite happy. AO International Tennis will also be enhanced with PlayFace, an in-depth character creator software which allows users to create photo-realistic characters.

AO International Tennis Runs at Native 4K on Xbox One X, 1080P on PlayStation 4 Pro; Switch Port Being Looked At

Play Around The World

Play glamorous and prestigious tournaments all over the world, on all court surfaces. Take the title in Singles, Doubles or Mixed Doubles. Select your favourite player - or play as yourself through an entire career, all the way to #1 and the biggest championships of them all.

Play on your surface of choice, each has a distinct play style and presents different challenges. Master the techniques required for each and adjust your approach to truly excel.

Play an epic 5-set Grand Slam final, or play with one of the more experimental formats, like Fast Four, for a quicker tennis game. Or design your own! AO International Tennis is all about customisation, allowing you to play your game, your way.

Venue Creator – Design Your Own Championships

Enhance any mode with custom stadiums created in a unique venue by either yourself, or others in the community. From your local courts to a renowned international stadium, the editor allows you to tailor countless elements and share your creations online.

Don’t stop at a single court, either; create an entire venue with multiple courts. Customise the main, outside and show courts and create your dream ‘park’ for hosting a tennis championship.

Start out as a star, or work your way from the bottom, climbing through the rankings, all the way to #1 in the world. There are hundreds of tournaments that occur every year – are you able to replicate the success of one of the great tennis champions to select the right tournaments to play in, and then perform well enough at those tournaments to get the ranking points you need to get into that top 100, then top 50, top 10, and finally #1, playing against the world’s best?

If you're curious about the game, a playable demo is now available on Steam. PC system requirements have also been revealed.

AO International Tennis launches on PC, PlayStation 4 and Xbox One on May 8th.