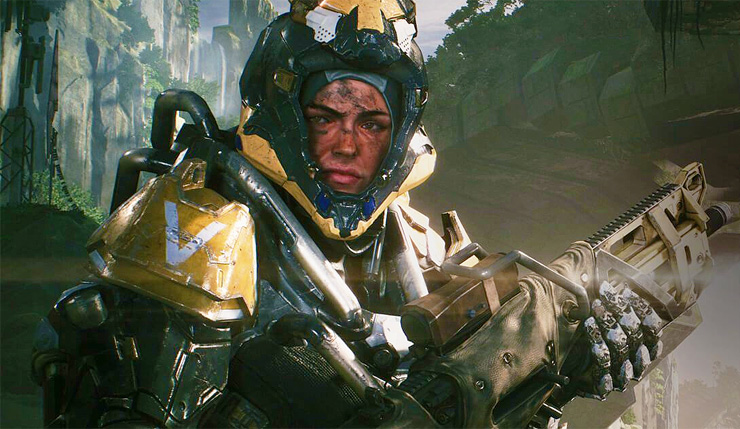 BioWare has tried a lot of different things over the years, but, for the most part, the studio’s approach to storytelling has remained consistent. It seems that may be about to change. Due to Anthem’s much-touted shared open world, player choice and character interaction will only happen in the game’s hub, and BioWare recently admitted the game will deemphasize telling traditional big, branching stories, in favor of more on personal narratives.

Sounds a bit concerning, but in an interview with GamesIndustry.biz, Anthem director Jon Warner insisted these storytelling changes shouldn’t be looked at as a departure.

"If you look at BioWare games on a spectrum, from Baldur's Gate to Neverwinter, and Jade Empire to Knights of the Old Republic, to Mass Effect and Dragon Age, you'll see that the games have always been about evolving our technique and storytelling...so the way that we look at it, Anthem is not a departure, it's the continued evolution of our craft and our technique. I think once players get their hands on it and dive in they are going to find a world that is well realized and full of rich characters that you're going to want to get to know, and you'll be the hero of your own story, and honestly that is the heart and soul of a BioWare experience."

Warner also played down some of the turmoil going on behind the scenes at BioWare. In recent years,  Dragon Age creative director Mark Laidlaw, Dragon Age writer David Gaider, Mass Effect writer Drew Karpyshyn, general manager Aaryn Flynn , and Baldur’s Gate and Dragon age lead designer James Ohlen have all moved on to greener pastures. According to Warner, this is just a case of BioWare becoming more like the rest of the industry…

"It's really interesting. I think BioWare is kind of a peculiar place in that we haven't had a lot of departures for a period of time and there is always in the tech industry especially, and video games in particular, a certain mobility in the workforce as people go from project to project, and people have tended to settle on BioWare for long periods of time. We still have lots and lots of veterans that have been around for a long time, and honestly I think this is just BioWare being a little bit more like the rest of the industry as talent kind of flows...I think an important part of staying vital, staying relevant and being able to continue to tell interesting stories and create amazing experiences. I view it as natural and healthy."

Warner also touched on Anthem’s live-service approach, promising to deliver a generous and engaging experience. If you’ve got the time, do check out the full GamesIndustry article, as there are a few other interesting tidbits contained within.

What do you think? Is what’s going on with Anthem and BioWare a natural, healthy evolution, or is something rotten in the province of Alberta? Anthem hits PC, Xbox One, and PS4 on February 22, 2019.