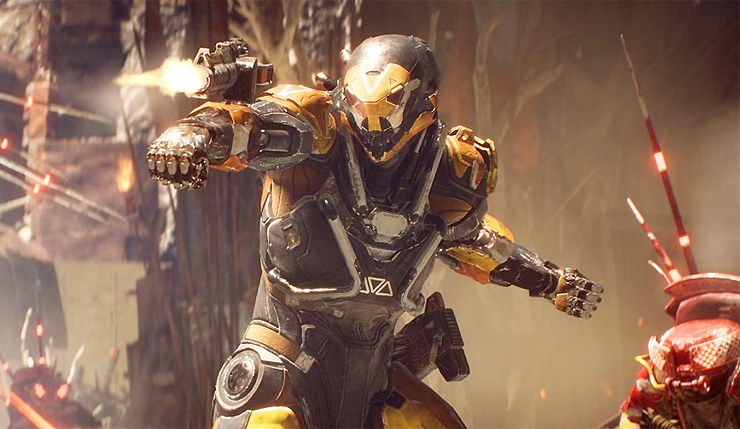 BioWare has lost another one. Anthem lead producer Ben Irving, who has acted as one of the public faces of the game, is leaving BioWare after eight years. He announced his departure in a series of tweets…

After 8 amazing years at BioWare I have made the decision to move on and have accepted an exciting opportunity at another gaming company. Since the first time I played Baldur’s Gate many many years ago, BioWare was the dream place I always wanted to work. I will forever be grateful to all the people who gave me the chance to work on great products with amazing people. I believe Anthem has a bright future - there is a great team working on it and I look forward to following its progress (and playing it!) from the sidelines. I have really enjoyed interacting with the Anthem community. Through the good times and the tough times. […] I wish nothing but the best for all of you.

Following much hype, Anthem arrived in a rough, incomplete state, but BioWare has been making an effort to improve the game. Last week they finally launched the long-awaited Cataclysm event, which adds a variety of new content and features. While we don’t know Irving’s motivations for leaving BioWare, it seems like he stuck around to get Cataclysm out the door before jumping ship.

Irving’s departure is just the latest sign not all is well at BioWare. The studio has lost a number of high-profile names in recent years, including  Dragon Age creative director Mark Laidlaw, Dragon Age writer David Gaider, Mass Effect writer Drew Karpyshyn, general manager Aaryn Flynn, and Baldur’s Gate and Dragon age lead designer James Ohlen. They were also forced to shut down Mass Effect: Andromeda developer BioWare Montreal and a recent exposé painted an unflattering portrait of a studio beset by chronic management and an addiction to crunch.