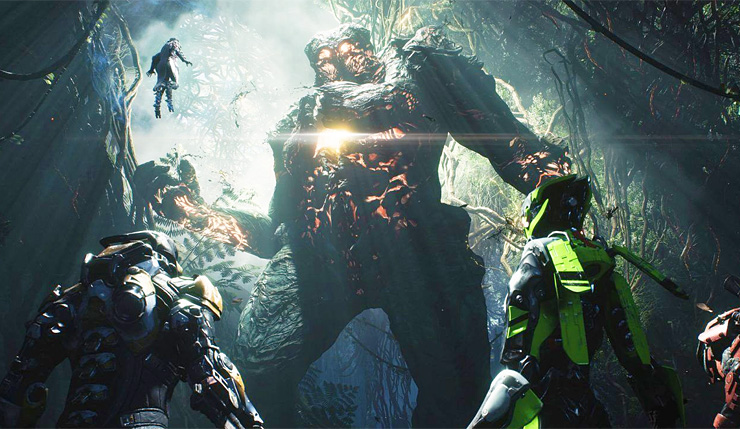 Anthem’s early-access release is just a little over a week away, and EA and BioWare have revealed a bunch of new details about the game’s post-launch support. BioWare is working on three “acts” of post-launch content – the first act, entitled “Echoes of Reality,” drops in March. 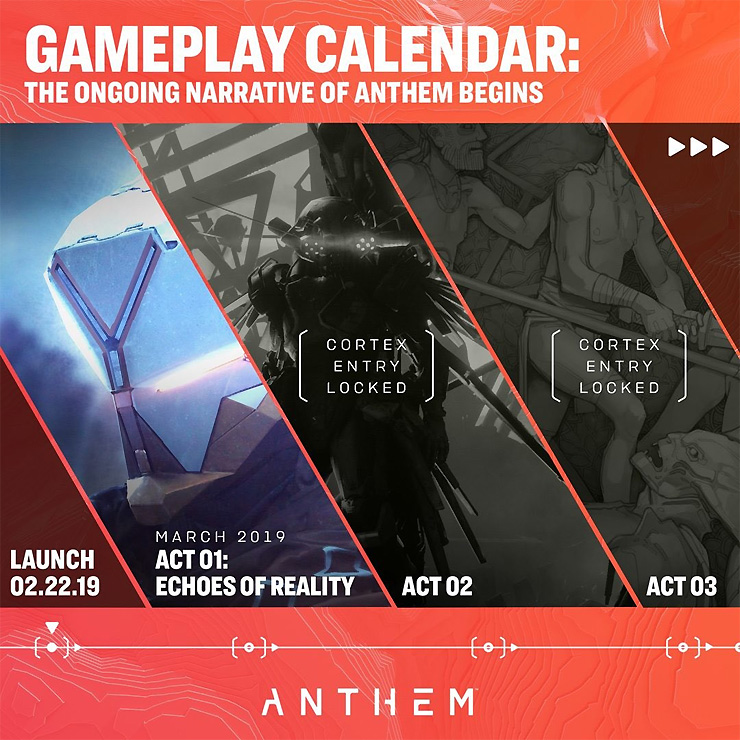 Echoes of Reality will, itself, consist of three updates – Evolving World, Stronger Together, and The Cataclysm. As we learned recently, Cataclysms are seasonal events that will provide new, more imposing challenges for the player. You’ll likely have to tackle them multiple times, collecting new gear along the way, to fully complete them. 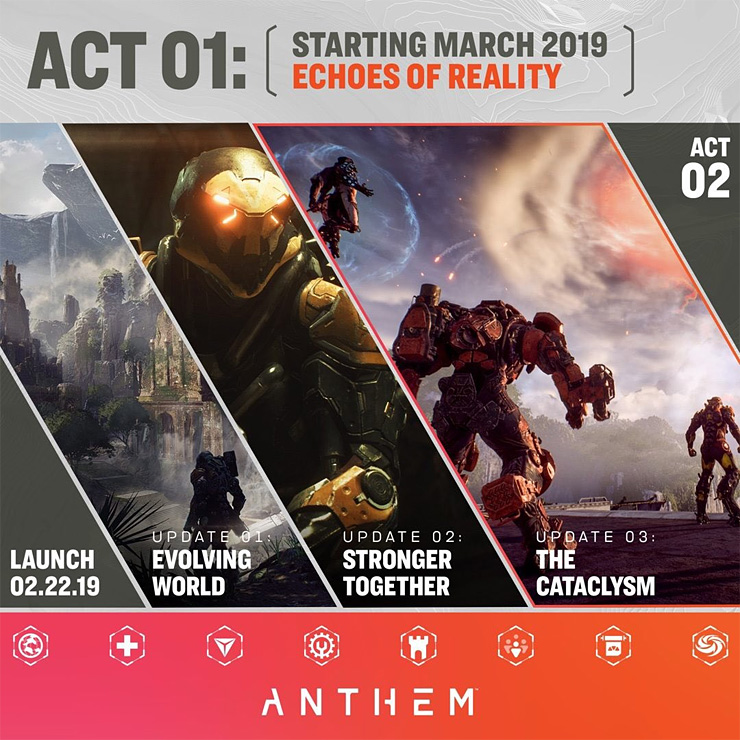 The opening of Anthem, which I got to play during a recent preview event, is a sneak peak of sorts at Cataclysms, and I have to say, they seem like they’ll be pretty intense. You can check out a video rundown of all of Anthem’s endgame/post-launch content, including Legendary Contracts, Strongholds, and Cataclysms, below.

As mentioned, I recently attended an Anthem event where I got to play through a Legendary Contract and a couple Strongholds – you can check out my impressions here. Here’s a few more details about Anthem’s endgame content:

As you explore the world of Anthem and take on missions, your Pilot level will increase. Once you reach Pilot Level 30 – the max level – you can continue to upgrade your javelins by adding higher-level gear to your loadout. The higher the rarity, the better the gear, and the harder it is to get.

Anthem has six total difficulty levels: Easy, Normal, Hard, Grand Master, Grand Master 2, and Grand Master 3. The last three tiers are only unlocked when you reach Pilot Level 30. Once you complete Anthem’s main story, you can up the difficulty of the entire game to challenge yourself even more.

When you can’t find it, build it. Different endgame objectives will reward you with crafting blueprints for gear and personalization items, while others reward you with the crafting materials and coin necessary to fashion those schematics into complete items.

As you become a more powerful Freelancer, people in Fort Tarsis start to notice you more – and some of them would love to put you to work. Factions within Fort Tarsis will offer you contracts. Improving your reputation with different groups will give you access to crafting blueprints. Prove yourself to your faction partners, and you may find yourself on the receiving end of a Legendary Contract. These multi-part missions take a lot more work, skill, and firepower to complete, but the rewards are far greater.

Once you have a blueprint, you’ll need crafting materials and coins to create the piece of gear you have your eye on. Completing regular challenges as you carry out your missions will reward you with the raw materials you need to turn those gear drawings into the real thing.

Strongholds are some of the highest-level fixed challenges in Anthem, and they’ll put your entire squad to the test. These longer missions will have you fighting some of the deadliest enemies in the world, and plenty of them, as you delve deep into unknown territory. Fight your way past every obstacle, and you’ll be handsomely rewarded with some of the best loot in the game.

The world of Anthem is terrifying, dangerous, and unpredictable – and you will have to deal with its deadliest phenomena, called Cataclysms. These world events cause physical changes to the world like extreme weather, deluges of hostile creatures, and changes to the landscape that will reveal new mysteries to solve. Taking on these challenging events will earn you some mysterious rewards – rewards we’ll be able to tell you about very soon.

Anthem will continue to grow, and you can expect to encounter new characters, missions, and stories in the future. Keep your javelins tuned and ready to go at a moment’s notice – you never know when you going to be needed.

Anthem boosts onto PC, Xbox One, and PS4 on February 22, with Origin and EA Access subscribers being able to get a head start on the game on February 15.