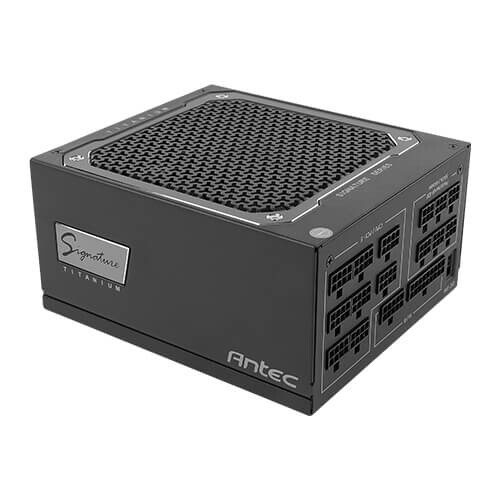 Antec has announced the Signature Series Platinum and Titanium models, which have a total of three models ranging from a 1000-watt model to a 1300-watt model

Antec's Signature Series Platinum and Titanium models that feature OC Link, Fully modular, 100% Heavy-Duty Japanese Capacitors, and 80 PLUS Platinum certification. These power supplies have a fantastic feature for high-end systems being the OC Link, which allows users to connect two power supplies to work in tandem, and this means that these power supplies can power even the most demanding systems.

These power supplies feature a fully modular design, allows users to unplug any cables that the system may not be using. This feature allows for both a cleaner overall PC interior and for better airflow inside the case by not having extra cables.

To cool these fantastic power supplies is a 135 mm silent fan that features incredibly quiet operation and makes use of a fluid dynamic bearing that allows these power supplies to provide both durability and fantastic longevity. These fans also feature a Zero RPM mode that ensures a longer-lasting and quieter system using thermal sensors to keep the fan off unless the power supply begins to heat up.