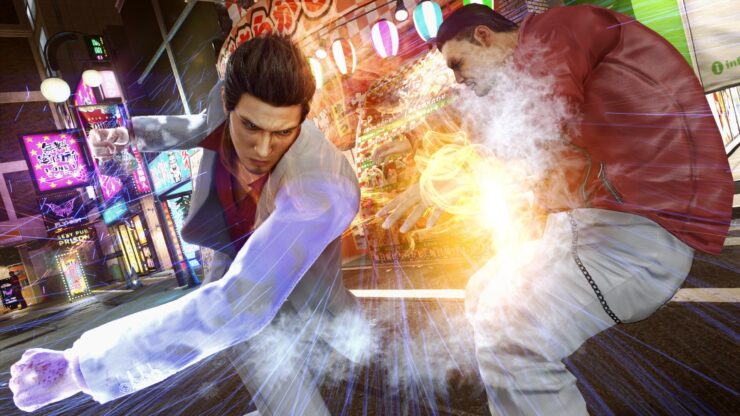 There's been a flurry of announcements in the past few days, so we thought we'd round them up in a single post.

Let's start with the latest and biggest one: SEGA announced a few hours ago that Yakuza Kiwami 2 will launch in Western countries on August 28th, 2018 for PlayStation 4. A remake of the second Yakuza installment, it launched in Japan on December 7th, which makes it one of the shortest localization efforts yet for a Yakuza game.

SEGA had also previously confirmed a Western release window for Valkyria Chronicles 4. The game will launch this Fall on PlayStation 4, Xbox One and Nintendo Switch.

A brand new game announcement was also shared by Koei Tecmo yesterday. It's another entry in the Warriors Orochi series (a crossover between Dynasty Warriors and Samurai Warriors). While the Japanese trailer below mentions Warriors Orochi 3, it's actually going to be titled Warriors Orochi 4 in the West. This new game is expected to launch in 2018 in Japan; no platforms have been revealed yet, but PlayStation 4 is a safe bet.

Moving on from the Japanese scene, there were also two noteworthy announcements in the Western indie scene. RICO, for instance, is an arcade style cooperative first-person shooter inspired by action movies. Featuring both online and split-screen local co-op, randomly generated cases and environments as well as plenty of destruction to be appreciated in slow motion, RICO is due to launch later this year on "all major gaming formats" according to its press release.

Last but not least, indie open world mystery game Outer Wilds has found a publisher in Annapurna Interactive and will launch this year on PC.

First announced by developer Mobius Digital in 2015, Outer Wilds will charge players to explore a handcrafted solar system that's stuck in an endless twenty-minute time loop. With each reset, they'll learn a bit more of what's going on and get closer to solving the mystery.