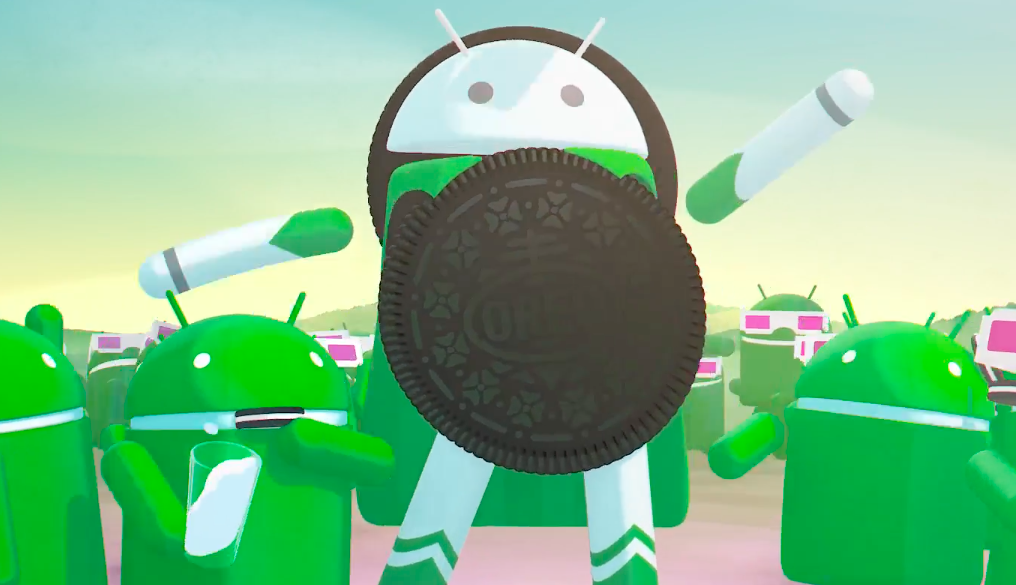 The moment we have been waiting for is finally here! Google has finally unveiled Android "O" - Yes, It is Oreo! We all had our dibs on it, didn't we? "Safer, smarter, more powerful, and sweeter than ever!" as Google puts it.

Google revealed the latest version of Android - Android 8.0 Oreo at an event in the New York City. The company struck a deal with Nabisco, which is the parent company for Oreo. Similar to what Google did for KitKat, it made a contract with Nestle.

Regarding the roll out of the latest Android 8.0 Oreo, Google is most likely to begin the update roll out with Pixel and Pixel XL smartphones. Nexus and Android One devices are next in line, but not from today. [Go to this link where we will be sharing links as soon as they go live]

Android Oreo is full of new features, which makes it the right successor over Nougat. The new OS version comes with enhanced battery life, thanks to background limits feature for apps which ensures that the apps running in the background do not consume much power. Then we have an all new Notification Channels framework that offers more custom controls over notifications handling to the users. With Android Oreo, users will also have an option to choose the icon shapes with adaptive launcher icons that are geared with a variety of icon shapes - right from circular to squircle. These icons shall also have animations that provide an immersive outlook.

In addition, there is support for autofill apps on Android Oreo. Just how you choose keyboard to use on the OS, the new version offers the ability to choose an autofill app that will become the default filler. The new Autofill Framework also manages communication between all the apps and the default autofill.

One of the most talked about feature on the Android Oreo is the Picture-in-picture (PIP) mode that is useful when you can put in the PiP mode (like YouTube videos go in a small box when you browse other videos). This feature comes handy when you are watching a video, and some task comes up. The best part is that users can specify the frame of the PiP along with the controls like Play/Pause. In addition to PiP, there is also multi-display support for launching an app on another display.

As we have already mentioned in one of our roundups about Android 8.0, the new version indeed comes with Smart Text Selection feature, which is aimed at improving how we copy/paste text. This feature uses machine learning to recognise the text like address, phone number, etc. and suggests an app that complies with it. For example - for phone numbers, it will recommend the Contacts app, and for addresses, it will suggest Google Maps.

Android Oreo brings enhanced high-quality Bluetooth audio codecs such as LDAC codec and AAudio technology that is designed to offer superior audio quality to the apps that demand “high-performance, low-latency audio." The new AAudio API for Pro Audio on Android Oreo is a welcome addition for the users.

With Android Oreo, there comes the much-talked about “Google Play Protect” program. It is designed to keep the devices safe from malicious apps; the program scans around 50 billion apps a day to ensure ultimate safety of Android users. Android Oreo is customised to offer all-around protection to the users.

Yes, the new emojis are here! This time around has Google has brought newly rounded emojis that are compatible with other platforms as well. The blobs are a thing of the past now; the new emojis comply with iOS too.