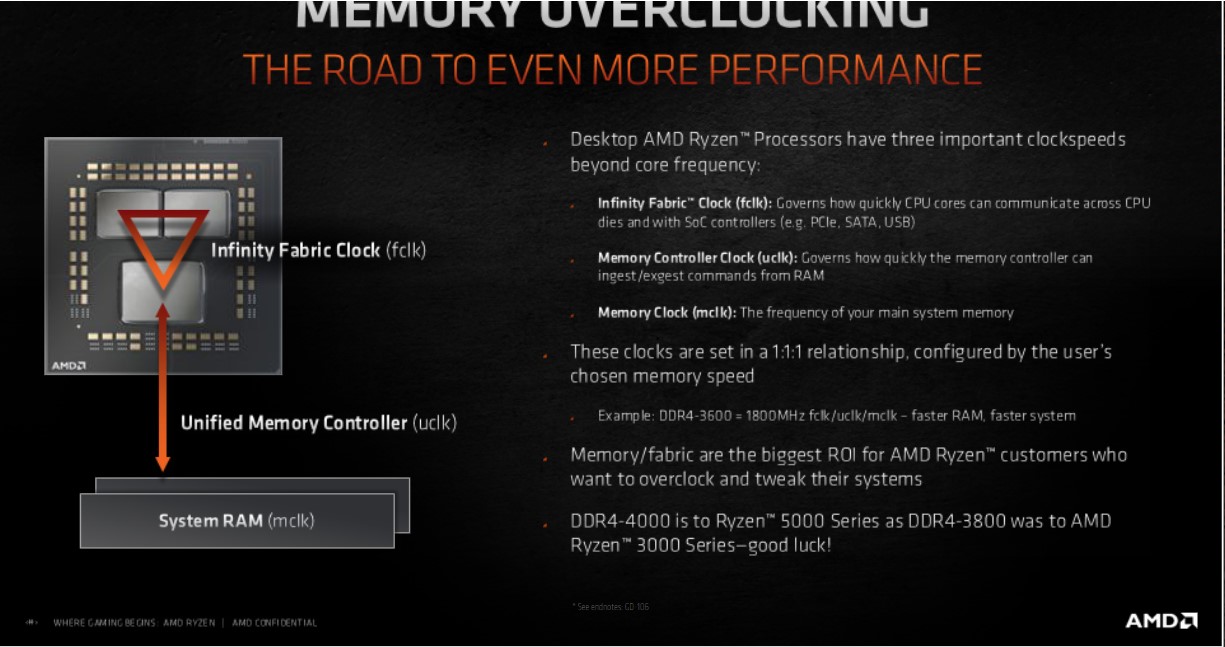 AMD's Ryzen 5000 "Zen 3" Desktop CPUs are less than a month away from launch and as per a leaked slide, they are designed to offer great memory overclocking support. In a slide published over at Technopat, it looks like users who plan to purchase Ryzen 5000 CPUs can leverage from even higher performance with higher-spec'd DDR4 memory kits.

This one slide is part of the AMD Ryzen 5000 CPU NDA which is being shared with the press under a strict embargo however someone decided to leak it and give us a glimpse of what to expect when it comes to memory overclocking. The slide starts off with the details that we already know & that is the three clock speeds beyond core frequency which AMD Ryzen Desktop processors support. Just to recap, they are as following:

All three of the clocks are set in a 1:1:1 relation and configured based on the memory speeds that the system is equipped with. For instance, if the memory features a speed of DDR4-3600 MHz, then these clocks will be set at 1800 MHz for FCLK, UCLK, and MCLK. We have seen that Renoir desktop APUs offer a 1:1 FCLK ratio when it comes to memory and memory overclocking support and given us some spectacular numbers but the standard Ryzen Desktop CPUs rely on a Chiplet design while the Ryzen Desktop APUs feature a monolithic design with a vastly different chip hierarchy even if the underlying core is fundamentally the same.