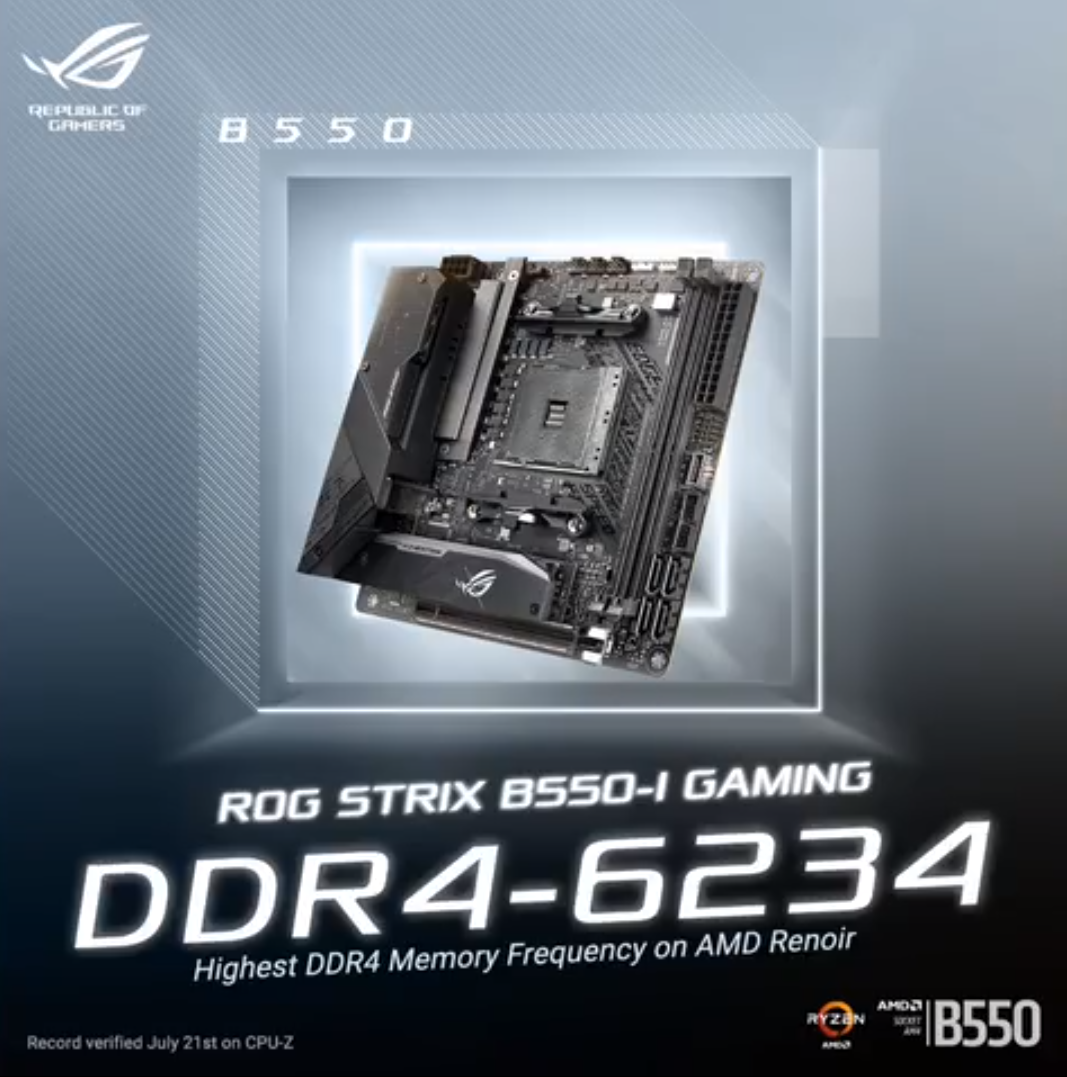 The AMD Ryzen 4000 Renoir desktop family is officially here & its already been pushed to its limits by overclockers. Renowned Taiwanese overclockers, TSAIK and Bianbao, have pushed the Ryzen 7 4750G to insane speeds on both the processor and memory with LN2 overclocking on ASUS's and MSI's B550 motherboards.

The AMD Ryzen 7 4750G is the flagship APU in the Renoir desktop family and it makes sense why it will make the most appearances in the overclocking scene. As such, overclockers have put the APU to the test and see how well it can overclock by itself and its memory on the B550 platform. So the first result is the CPU overclock which has been achieved by TSAIK. 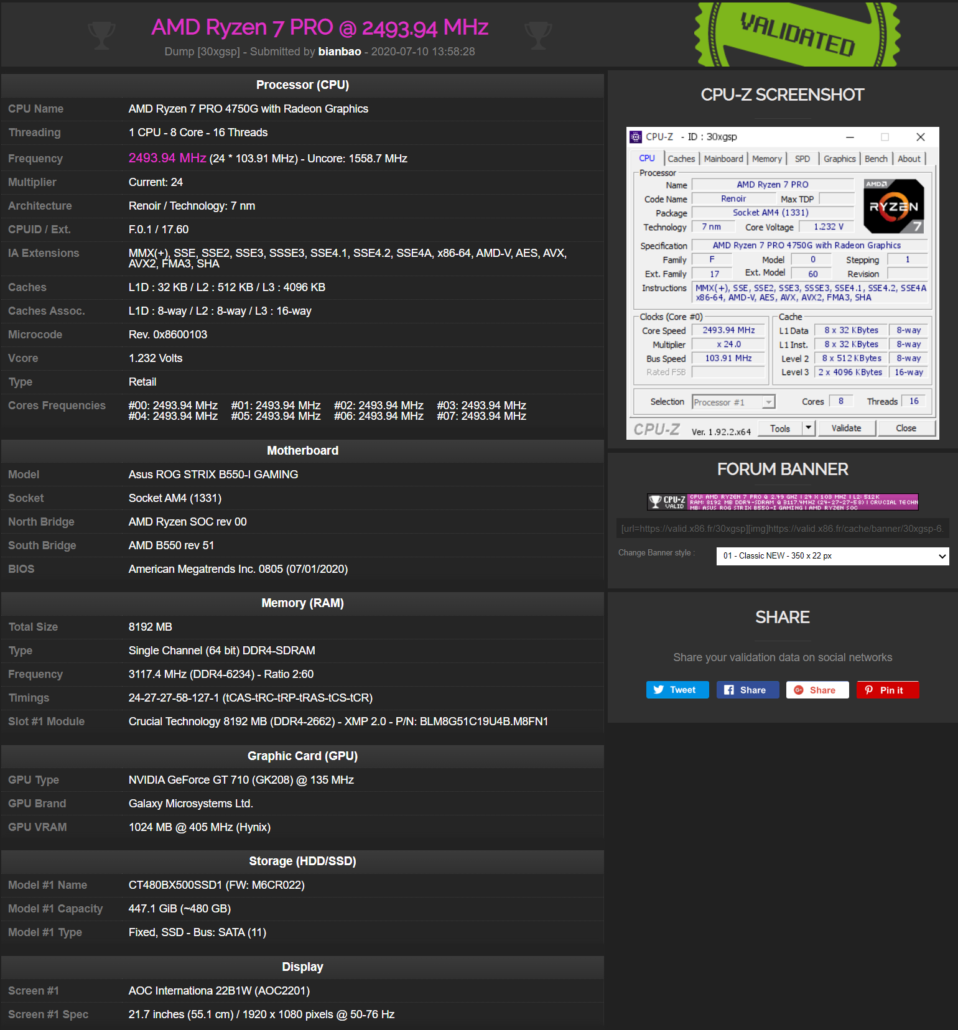 The APU was pushed to an impressive 5.8 GHz (5812.9 MHz) on an MSI MPG B550 Gaming Carbon motherboard. Interestingly, the Ryzen 7 4700G only had half of its threads enabled to achieve the overclock. This overclock represents a 61.47% boost over the base frequency of the chip which can only be achieved with the use of liquid nitrogen cooling. However, we've seen conventional cooling being used to push the chip past 4.5 GHz (all-core) with ease.

The second overclock comes from Bianbao who has set one of the fastest memory overclocking records on the AMD AM4 platform. The AMD Ryzen 7 Pro 4750G was once again utilized and LN2 cooling was used. The CPU was clocked down to just 2.5 GHz at 1.232V but its not the CPU clocks that matter here. The memory was pushed to an impressive DDR4-6234 MHz clock rate (3117.40 MHz). The timings were configured to 24-27-27-58-127-1T. Just note that the DIMMs used are the Crucial Ballistix DDR4-2666 (8 GB x 2) kit. The record memory overclock was achieved on the ASUS ROG STRIX B550-I Gaming motherboard.

Following is the list of all overclocks achieved along with their submission links:

You can check out the AMD Ryzen 7 4750G APU memory overclocking session in the following video: