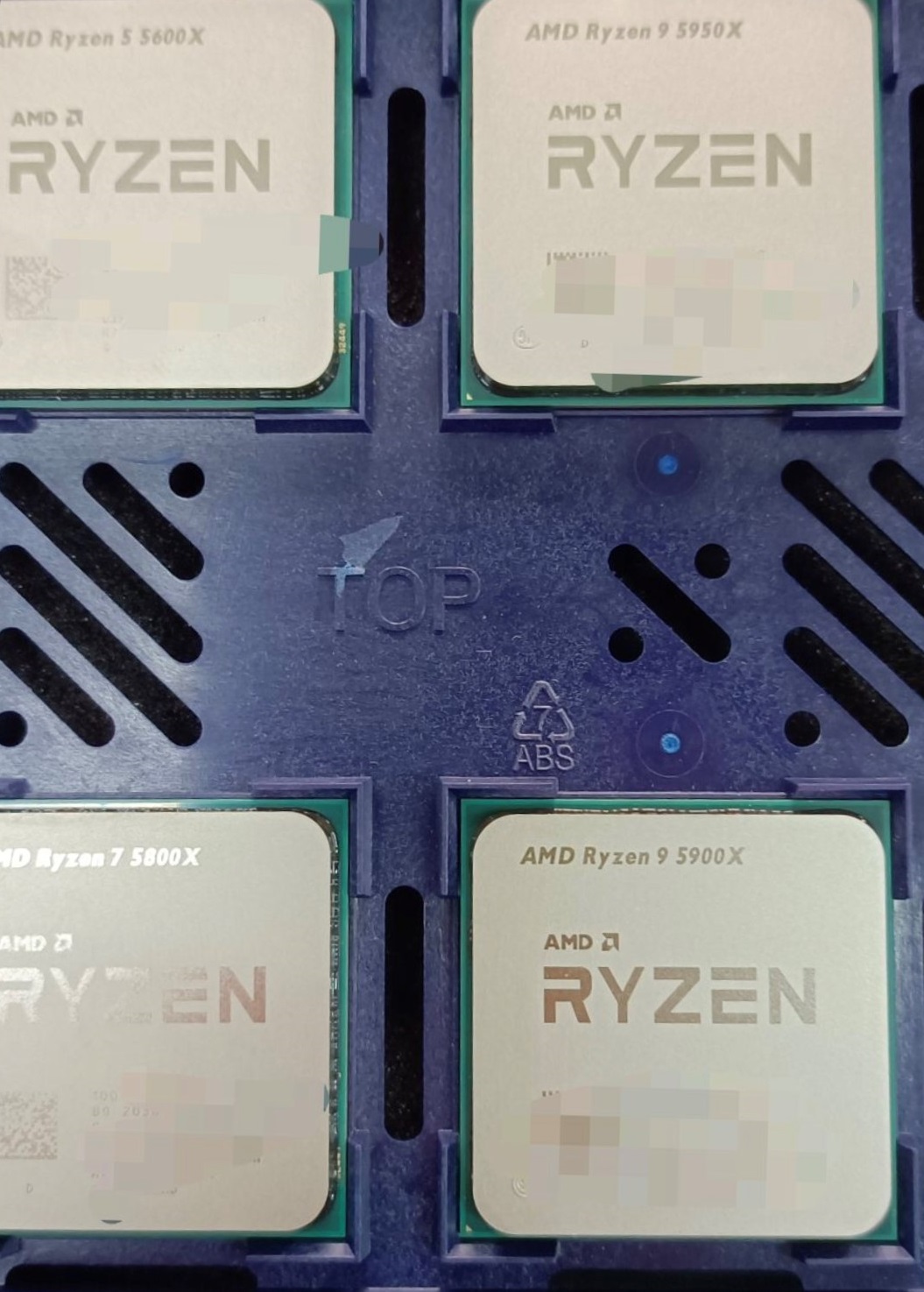 The full AMD Ryzen 5000 CPU stack which includes the Zen 3 powered Ryzen 9 5950X, Ryzen 9 5900X, Ryzen 7 5800X, and Ryzen 5600X has been pictured in a tweet by HXL (@9550Pro). In the picture, all four CPUs can be seen sitting in a tray and it is likely that these are the first CPU (Retail) samples sent to an OEM or board partner for integration/testing on their new platforms.

The picture shows all four AMD Ryzen 5000 Desktop CPUs sitting in a box tray. These CPUs have their official brandings over the IHS which suggests that these are the final retail samples that will ship out to OEMs, Partners, Reviewers, and Customers in the coming weeks. The OPN codes and serial numbers have been blurred since they can be used to track the main source from where the picture originates.

This more or less confirms that AMD is already shipping out its Ryzen 5000 Desktop CPUs and we can hope for good quantities at launch for all four CPUs. The AMD Ryzen 5000 Desktop CPUs have already been listed by several retailers and they're also available for preorders but at inflated price points right now. Once again, the official launch is on November 5th which is two weeks from now.