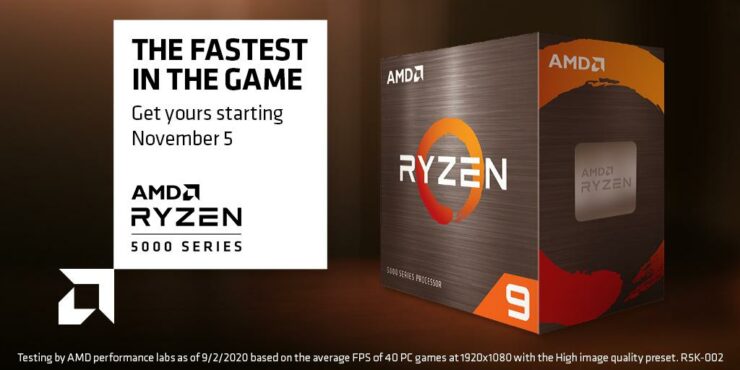 AMD's Ryzen 5000 series desktop processors have started showing up on various online retailers including Amazon as spotted by Momomo_US. Listed at Amazon Italy, the Ryzen 9 5950X, Ryzen 9 5900X, & Ryzen 7 5800X are available for pre-order but at inflated prices which are expected of a preliminary listing.

The top trio of AMD Ryzen 5000 Desktop CPUs has been listed by Amazon Italy and available for pre-order. These include the 16 core Ryzen 9 5950X, the 12 core Ryzen 9 5900X, and the 8 core Ryzen 7 5800X. The pre-order prices are preliminary and as such, higher than the MSRPs which were suggested by AMD and also due to the added VAT for the given region. Links and prices are mentioned below:

These prices are definitely higher than the official MSRPs suggested by AMD for the EU market (at least for France) which were reported a few days ago by Overclocking.com and listed as below:

While I personally won't advise pre-ordering the processors at the said prices, there's a slight possibility of the high-end models to face a shortage at launch so those who have been waiting to grab these processors at launch would take this as an opportunity and just get one regardless of the price. The release date is still the 5th of November for the Ryzen 5000 Desktop CPUs so the chips would be shipped to customers that day.

In addition to that, several EU & UK based outlets have also listed the Ryzen 5000 desktop CPUs although none of them are taking pre-orders yet. Following are some of the listings: