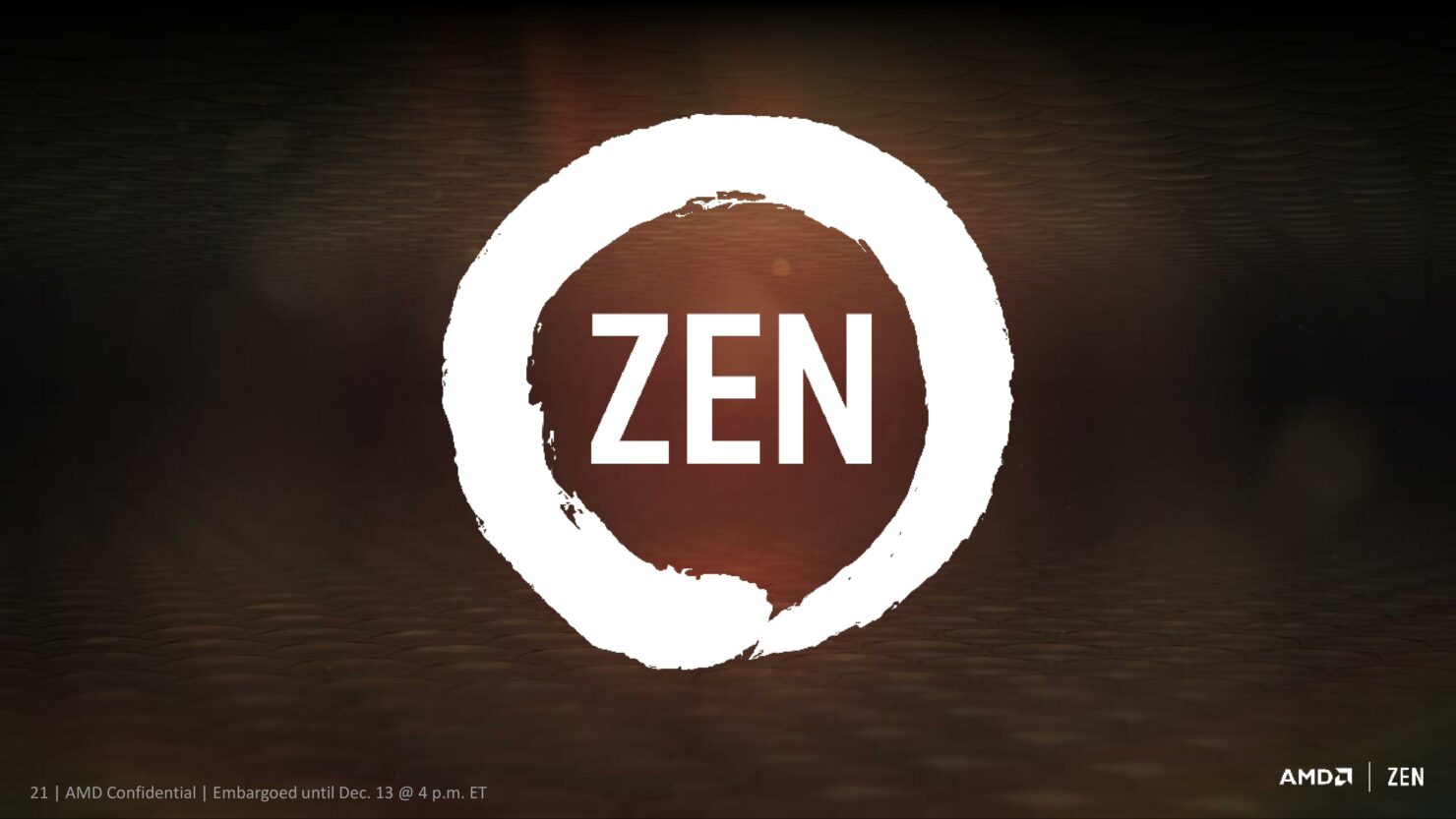 AMD has confirmed that their Zen CPU architecture for Ryzen processors is expected to last four years. It took AMD four years to develop Zen and it will take another four for Zen to complete its shelve time.

In an interview with PCWorld, Mark Papermaster confirmed that Zen will feature a four year lifespan. He mentioned that AMD will not follow Intel's Tick-Tock model and instead go for Tock, Tock, Tock. This means that AMD will be planning to offer future revisions of Zen with an improved architecture to increase performance and efficiency. AMD will be featuring future revisions on Zen on their consumer, server and workstation processors.

When asked how long Zen would last, compared to Intel’s two-year tick-tock cadence, Papermaster confirmed the four-year lifespan and tapped the table in front of him: “We’re not going tick-tock,” he said. “Zen is going to be tock, tock, tock.” via PCWorld 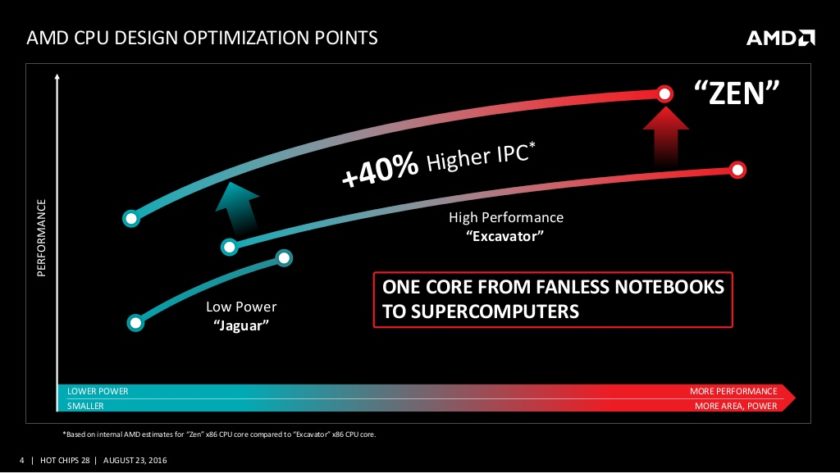 A tock cycle represents a new architecture while a tick cycle represents a process shrink along with architecture improvements. Intel has dropped this in favor of the PAO Cadence (Process-Architecture-Optimization). AMD is going to follow with the Tock, Tock, Tock cycle which means the next two generations of Zen will come with an improved architecture rather than a process shrink. This also confirms that AMD will be sticking with 14nm for a while. AMD will stick with the 14nm node and jump ship to the 7nm process after 2020.

AMD Zen To Be Replaced With Zen+ and Zen++ Cores In The Future?

So what comes after Zen? In previously shown slides, AMD calls the core after Zen as Zen+. Zen+ is going to lift the IPC and efficiency further but there's also a third tock which we are going to call Zen++ (not an official name). If we look at the past, Bulldozer had a revision known as Piledriver. There was also Steamroller and the Excavator microarchitecture after that. The construction of all the cores had one thing in common, they were derivatives based on the original Bulldozer design. But the latter two were a Tick-Tock cycle since Steamroller was based on 28nm rather than 32nm (Bulldozer / Piledriver). 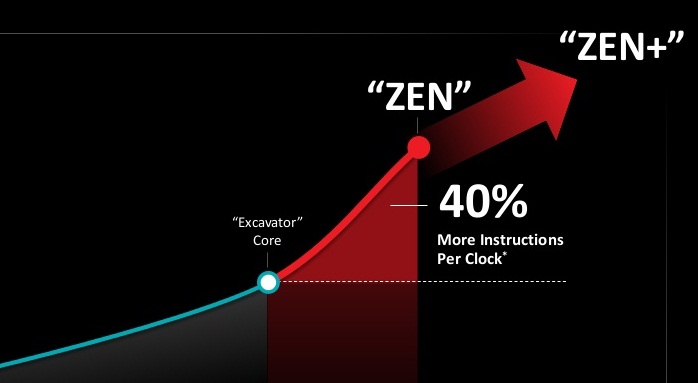 Intel on the other hand has totally dropped the Tick-Tock cycle and gone with a new plan. They have launched Broadwell (process shrink or Tick), Skylake (architecture upgrade or Tock) and Kaby Lake (optimized microarchitecture or a half Tock). But they will have a second optimized node based on 14nm launching in 2017 known as Coffee Lake. So Intel is stuck with 14nm on the desktop front for some time too. This puts Zen in a pretty good launch position against Intel's offerings. The 10nm processors from Intel won't be ready for desktops and there are rumors that Intel may entirely skip 10nm for desktops in favor of the 7nm process on Ice Lake or Tiger Lake chips.

What those improvements will be, of course, is anyone’s guess. But Papermaster said he’s a believer in architecture improvements that go beyond simple manufacturing, something he’s previously referred to as “Moore’s Law Plus.” via PCWorld

AMD's CEO and President, Lisa Su, also confirmed that Zen will last three to five years with itself and its ZEN+ successors.

I think Zen is the first of a multi-year strategy so you know again you ask me what are my thoughts around the company I think AMD at our core we are a high performance computing company and so you know Zen is a from scratch architectural design, for those of us who do those you know it takes a lot of work.

It’s a multi-year effort but I think it’s a multi-year effort that we can see coming to fruition. And so what datacenter customers want from us is one we want you to be competitive and two we want a long term roadmap. And so we’ve really talked about Zen+, Zen follow ons, as you know a three to five year view of what’s needed to be successful in the datacenter. via Wccftech

AMD doesn't see any major threats from Intel that may affect Zen's launch. It was met with great response at the showcases from the PC gaming and enthusiast community. Ryzen is shaping up to be the processor series that AMD and PC gaming fans have long been waiting for. The future Zen+ cores will ensure that performance of Zen based chips keeps going up and will deliver the best efficiency possible.

As for the platform itself, AM4 X370 will be top of the line. Aside from the budget friendly B350 and A320 chips, the X370 PCH will offer increase PCIe lanes and increased storage / connectivity features. AMD has planned a total of 16 new AM4 motherboards which will be available at launch through their partners. The boards are detailed in our post here.

The platform itself looks fantastic but the processors are the key component for AMD. We know some numbers in regards to performance and efficiency, but we can't wait for these chips to actually hit the market. The expected arrival date of Zen based processors and the AM4 platform is Q1 2017 (February-March).