AMD Volcanic Islands family is now official with the introduction of the latest GCN based Radeon R9 and Radeon R7 graphic cards aiming the budget friendly price points of $89 - $299 US. The prices at which AMD has intro'd their latest GCN based Volcanic Islands family is nothing short of amazing with the $89 R7-250 coming faster than the Radeon HD 7770 while the Radeon R7-280X gives you a full blown Tahiti architecture at only $299. 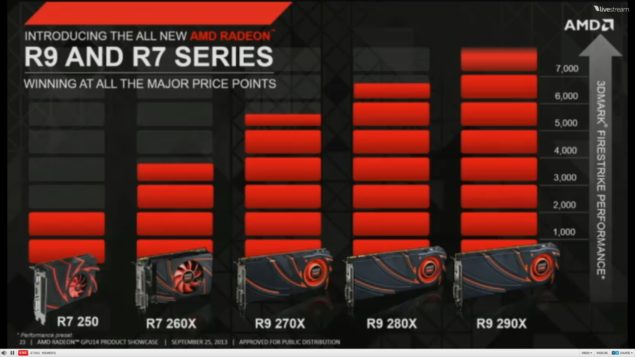 The AMD Volcanic Islands flagship Radeon R9 290X and Radeon R9 290 would be based on the Hawaii GPU and are already detailed  by us over here. In this article, we take a look specifically at the budget and gaming oriented cards which without a doubt look attractive due to their price range. Take a look at these GPUs along with their price and performance ratings below:

The AMD Radeon R9 280X is based on the Tahiti XT architecture featuring 2048 Stream processors and scores 6000 points in 3DMark Firestrike performance mode. The Radeon R9 290X would be available for $299 in the next couple of weeks and is remarkable that Tahiti is now available for such a low price while it was the flagship GPU of the last generation Radeon Family.

The AMD Radeon R7 260X is a single variant that is based upon the Bonaire XTX chip which is a faster version of the Bonaire core that was feature on the Radeon HD 7790. The GPU has a performance score of around 4000 marks in Firestrike in performance mode and would be available in 2 GB models for $139 US at launch.

We will be grabbing specifications regarding these GPUs in a few minutes so stay tuned for the updated details. Till then enjoy the amazing prices of the AMD Volcanic Island GPUs. 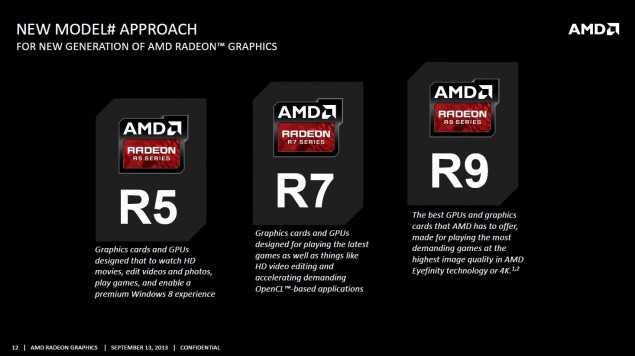 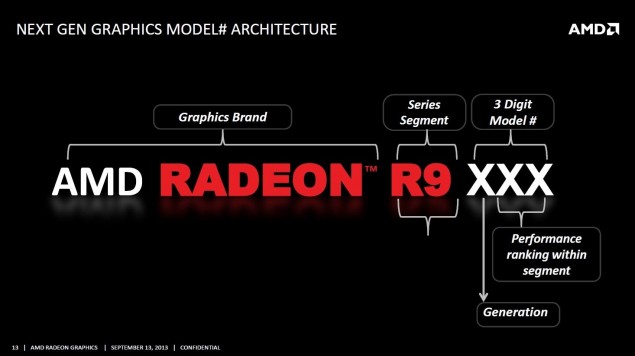 “The AMD Radeon R9 and R7 Series graphics cards are new GPUs for a new era in gaming,” said Matt Skynner, corporate vice president and general manager, Graphics Business Unit, AMD. “This era is shaped by ultra-resolution gaming and an exciting new generation of highly-anticipated games like ‘Battlefield™ 4.’ But it’s also an era shaped in a very powerful way by our own Unified Gaming Strategy; we’ve teamed up with the world’s top game developers to establish a comprehensive portfolio of games that you can maximize to their full potential only with AMD Radeon™ graphics.”

Mantle and Graphics Core Next: Simplifying Cross-Platform Game Development
The award-winning Graphics Core Next (GCN) architecture in the AMD Radeon R9 and R7 Series graphics cards continues to serve as a driving force behind the Unified Gaming Strategy, AMD’s approach to providing a consistent gaming experience on the PC, in the living room or over the cloud — all powered by AMD Radeon graphics found in AMD graphics cards and accelerated processing units (APUs). The four pillars of the Unified Gaming Strategy — console, cloud, content and client — come together with the introduction of Mantle.

With Mantle, games like DICE’s “Battlefield 4” will be empowered with the ability to speak the native language of the Graphics Core Next architecture, presenting a deeper level of hardware optimization no other graphics card manufacturer can match. Mantle also assists game developers in bringing games to life on multiple platforms by leveraging the commonalities between GCN-powered PCs and consoles for a simple game development process.

With the introduction of Mantle, AMD solidifies its position as the leading provider of fast and efficient game development platforms. Mantle will be detailed further at the AMD Developer Summit, APU13, taking place Nov. 11-13 in San Jose, Calif.

AMD TrueAudio technology enhances audio realism by simulating the human brain’s perception of real-world sound, working in concert with the user’s existing audio hardware to recreate a lifelike experience in upcoming games like “THIEF™” by Square Enix or “Lichdom” by Xaviant Games.

AMD Multi-Display Technology: Redesigned for Ultra-resolution Gaming
The arrival of the next-generation AMD Radeon graphics cards also marks a new chapter in AMD’s historic support for stunning display configurations. AMD Radeon R9 and R7 Series graphics cards are made for gaming on UltraHD (3840×2160) displays, including support for non-tiled 2160p60 displays with a future AMD Catalyst™ driver release. In addition, gamers more accustomed to AMD Eyefinity multi-display technology will be freed to use virtually any combination of display outputs when connecting matching monitors to the DVI or HDMI® outputs on their system.

AMD Radeon R9 and R7 Series graphics cards will be available for purchase in the near future.