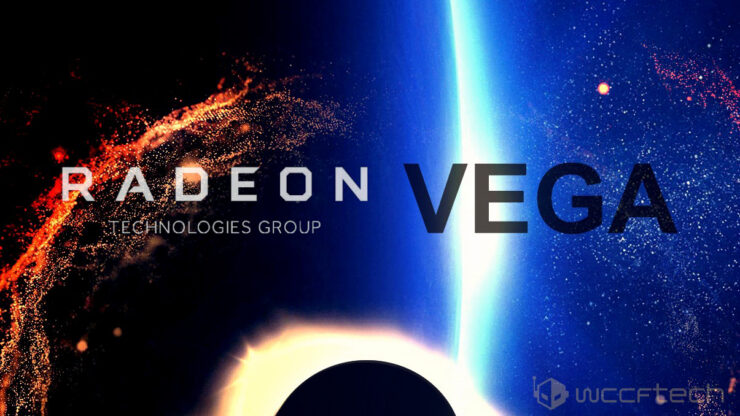 AMD's next generation enthusiast Vega GPUs are reportedly set to debut publicly for the first time ever in January at CES 2017 in Las Vegas. A Vega preview In Vegas? There's got to be a pun in there somewhere. We have no doubt that the marketing folks at the Radeon Technologies Group are cooking up some marketing material to capitalize on this coincidence with some type of play on words.

As it turns out, the private pre-announcement press briefing is said to be taking place right now. All participants would've had to sign a non-disclosure agreement beforehand. Privileged information  discussed in the embargoed briefing should become public in the coming weeks as part of Vega's January debut in Las Vegas

This doesn't particularly come as a surprise to us. In fact, we reported back in early October in an exclusive that AMD had a Vega event planned for December.  According to everything we've been hearing so far, Vega represents a significant architectural leap in performance and power efficiency.

The Vega 10 GPU is an especially impressive one. Purported to deliver more than double the graphics horsepower of the RX 480, double the memory and double the memory bandwidth. It's also officially AMD's first ever graphics product to feature stacked, second generation High Bandwidth Memory technology "HBM2".

Vega 10 is aimed squarely at the high-end, enthusiast 4K gaming, VR and professional high performance computing markets.
There's been talk that AMD could showcase Vega 10 publicly as early as this month. What we do know is that some of the press is attending such a showcase as we speak, behind closed doors.

With that being said AMD hasn't been particularly shy about teasing some Vega tidbits this year. The new graphics architecture was first announced earlier this year during the company's Capsaicin press event. Where Raja Koduri the ,then newly appointed, head of the Radeon Technologies Group laid out AMD's GPU roadmap going all the way to 2018.

Since then we have actually spotted the fabled RX 490 card on AMD’s & Sapphire’s official websites. The card was touted as a 4K gaming capable high-end offering with a 2016 release date. Not long after that Raja Koduri announced that the Radeon Technologies Group was celebrating a major milestone with regards to Vega 10’s development. Subsequently, the head of PR at the Radeon Technologies Group teased the launch venue for Vega 10 on his facebook page.
Last we heard we could get a glimpse of Vega 10 for the very first time at AMD's "New Horizon" event on December 13th.

The structure and configuration of SIMD units is entirely new. Each SIMD is now capable of simultaneously processing variable length wavefronts. It also includes clever new coherency features to ensure peak stream processor occupancy in each compute unit at all times and reduce access times to cache and HBM. Memory delta color compression has also been improved.

The specifications for AMD's upcoming flagship Radeon graphics card and Fury X successor based on Vega 10 have been leaked on one of the company's leading engineers' LinkedIn page. Packing an impressive 4096 next generation V9 cores and an unbelievable 12 teraflops of compute performance. Which puts it ahead of the 11 teraflops of Nvidia's top dog, the $1200 GTX TItan X. 16 gigabytes of second generation High Bandwidth memory and up to 1 terabyte/s of memory bandwidth.

Vega 11 is a smaller chip, rated at 7-8 TFLOPS of compute and equipped with 8GB of HBM2. It's designed to deliver the highest possible performance in a more limited thermal and power envelope. Making it suitable for high-end gaming notebooks. In the desktop it will slot in above where the RX 480 currently sits.