If you were waiting for more 2nd Generation Ryzen Threadripper options to become available, then today would be a great day as AMD has just announced the market availability of their 16 core, Ryzen Threadripper 2950X processor which excels its predecessor in all ways possible.

Being the second Ryzen Threadripper 2nd Gen entrant to the market, the Ryzen Threadripper 2950X checks all things that are needed for it to become a successful high-end desktop CPU. It comes with enhanced Zen cores (12nm Zen+), faster clocks out of the box, far better-overclocking capabilities and a price point that you cannot ignore. You can head over the following links to buy the processor:

The Ryzen Threadripper 2950X will feature the same core config as its predecessor, the 1950X. We are looking at the same 16 cores and 32 threads on two die out of the four which are enabled on this chip.

At the same time, the chip will be enhanced by the new Zen+ cores and provide higher clock speeds of 3.5 GHz base and 4.4 GHz boost with a 180W TDP. Users will also be delighted by the overkill 60 PCIe lanes that they can use for PCIe and storage devices while the large 32 MB L3 cache is retained. The chip will also come at a $100 US smaller price tag than its predecessor, at just $899 USD whereas the 1950X had a retail price of $999 US at launch. The 1950X is also available at much cheaper retail prices nowadays considering it has been a year since launch. 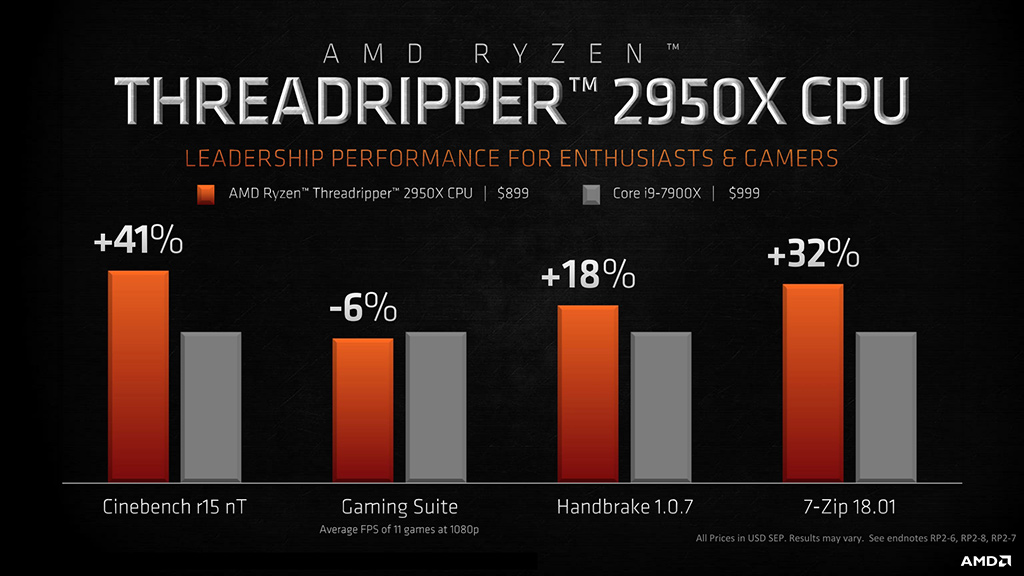 Considering the performance and price tag, we are looking at a stunning value of this HEDT CPU. The competition currently offers no more than 10 chips under the $1000 US tag whereas AMD is offering 16 cores under $1K. Similarly, when we compare the overclocking potential and the X399 feature set, the AMD HEDT side looks very strong and further strengthened with the release on 2nd Generation Ryzen Threadripper processors.