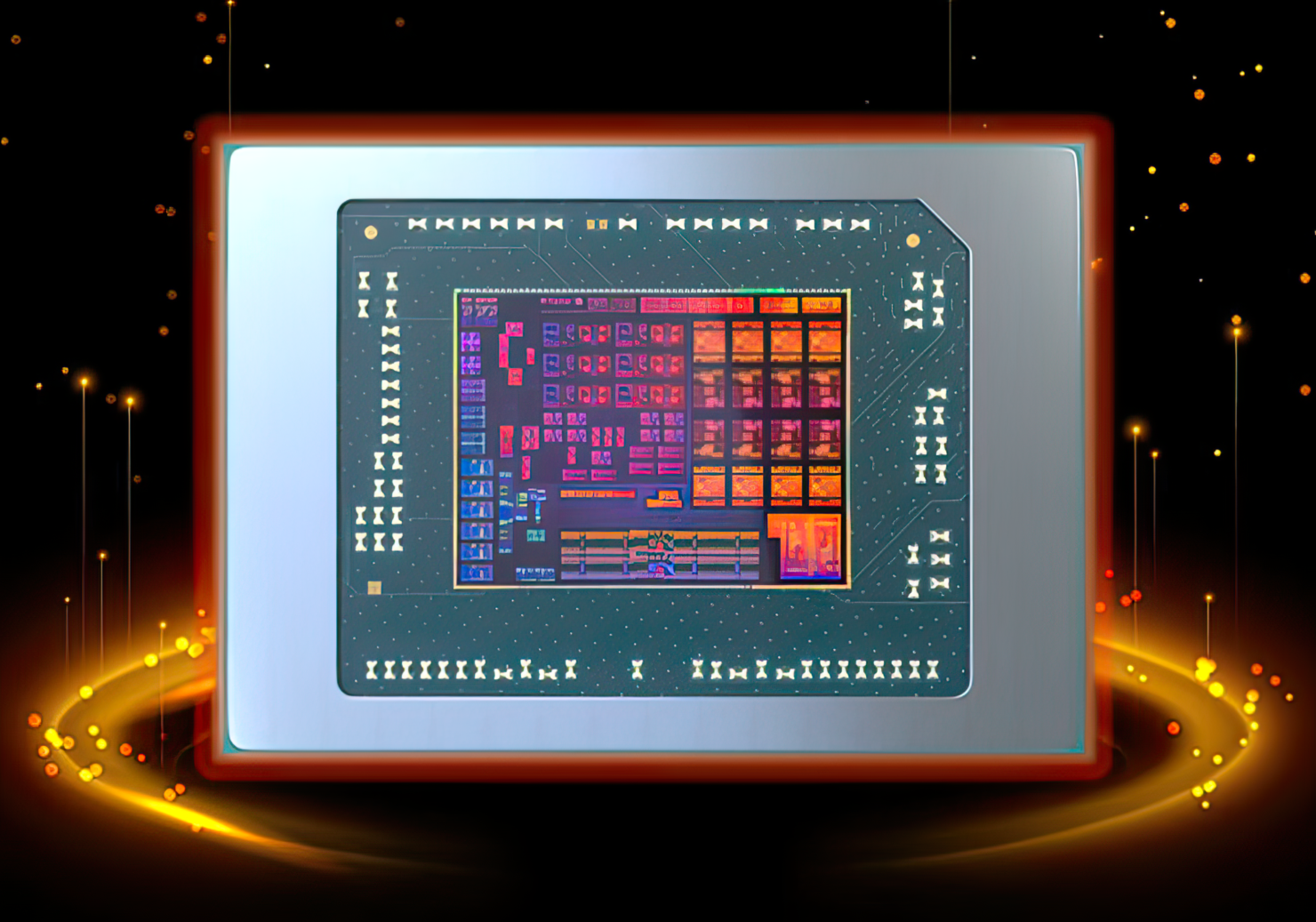 AMD is undoubtedly the king of the integrated graphics segment, with its Ryzen APUs delivering the best performance in a power-efficient package. The AMD Ryzen APUs have continued to excel their predecessors & the recent switch to the RDNA 2 architecture has brought even higher performance but it looks like the coming generations will make a big win for the budget gaming industry and will also land in heated competition from the blue team.

Despite being the leader in the integrated graphics segment, AMD has continued to innovate. Even with their Pre-Rembrandt APUs, the company kept on improving the performance of their Radeon Vega graphics architecture. A huge improvement was made by shifting the Vega architecture to the brand new 7nm process node which added power optimizations and improved the clocks by a mile to hit higher performance.

With their most recent lineup, the Ryzen 6000 'Rembrandt', AMD made an entire architectural shift to RDNA 2. The APUs were the first to utilize a 6nm Radeon graphics architecture, bringing in huge improvements to clocks & efficiency. Offering up to 12 RDNA 2 Compute Units for a total of 768 SPs and the same architectural features as the desktop lineup, the little Radeon 680M iGPU has so far shown impressive performance, nearing the desktop-grade GeForce GTX 1060 and even landing in better efficiency than the desktop RX 6400 graphics card. Our friend, TechEphipany, has a full video channel on YouTube dedicated to gaming benchmarks and the performance of AMD's APU that you can check out here. 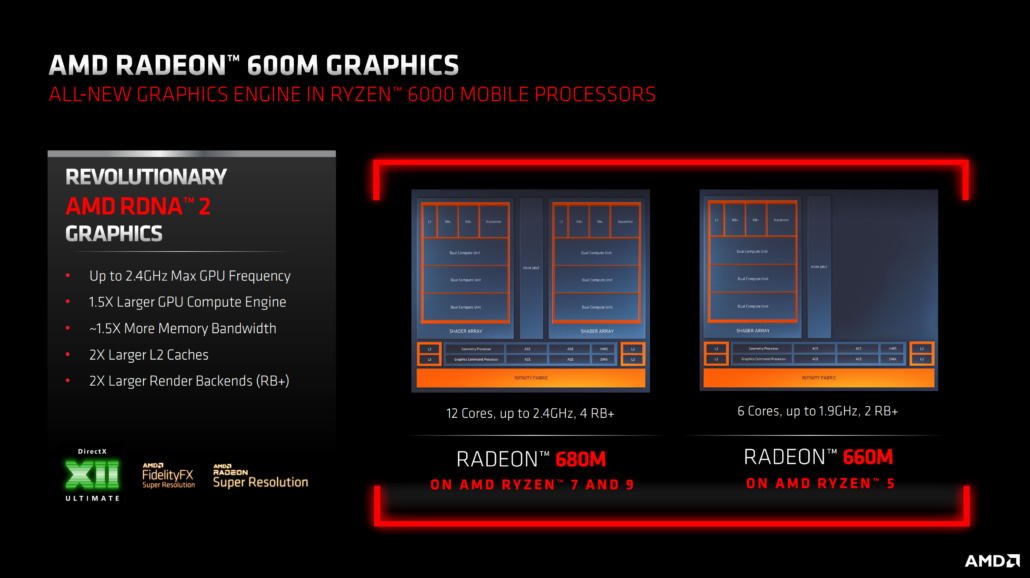 But we have yet to see the full potential of the Ryzen APU's iGPU. The AMD Rembrandt APU release on the desktop platform is still imminent and a higher TDP rating would allow users to overclock & extract further performance out of the RDNA 2 chips featured on the monolithic die. Considering just how well the Radeon 680M performs on the laptop segment, it will allow budget PC gamers to enjoy gaming at 1080p low easily without investing in a $150 US+ graphics card. But Rembrandt on desktops is just a teaser of what's to come. Enter Phoenix!

AMD's next-generation Phoenix APUs are what would be the real game-changer for the budget PC gaming segment. Although still a year away from launch, these APUs are reportedly going to adopt the 5nm Zen 4 cores and RDNA iGPU. Now how will this be a game-changer if it still uses the same RDNA graphics core? First of all, we don't know if this iGPU will be based on the RDNA 2 or RDNA 3 variation. Previous reports have stated its RDNA 2 but there is a likelihood that AMD might go with RDNA 3 considering the APUs will launch a few months after the next Radeon lineup. And we know that RDNA 3 IP exists on both 5nm and 6nm nodes.

AMD could go two routes with that, either launch RDNA 2 on 5nm with enhancements in the power department or go RDNA 3 on 6nm with architectural improvement. I would still incline towards the RDNA 2 IP since it makes more sense based on the next rumor that is being stated. 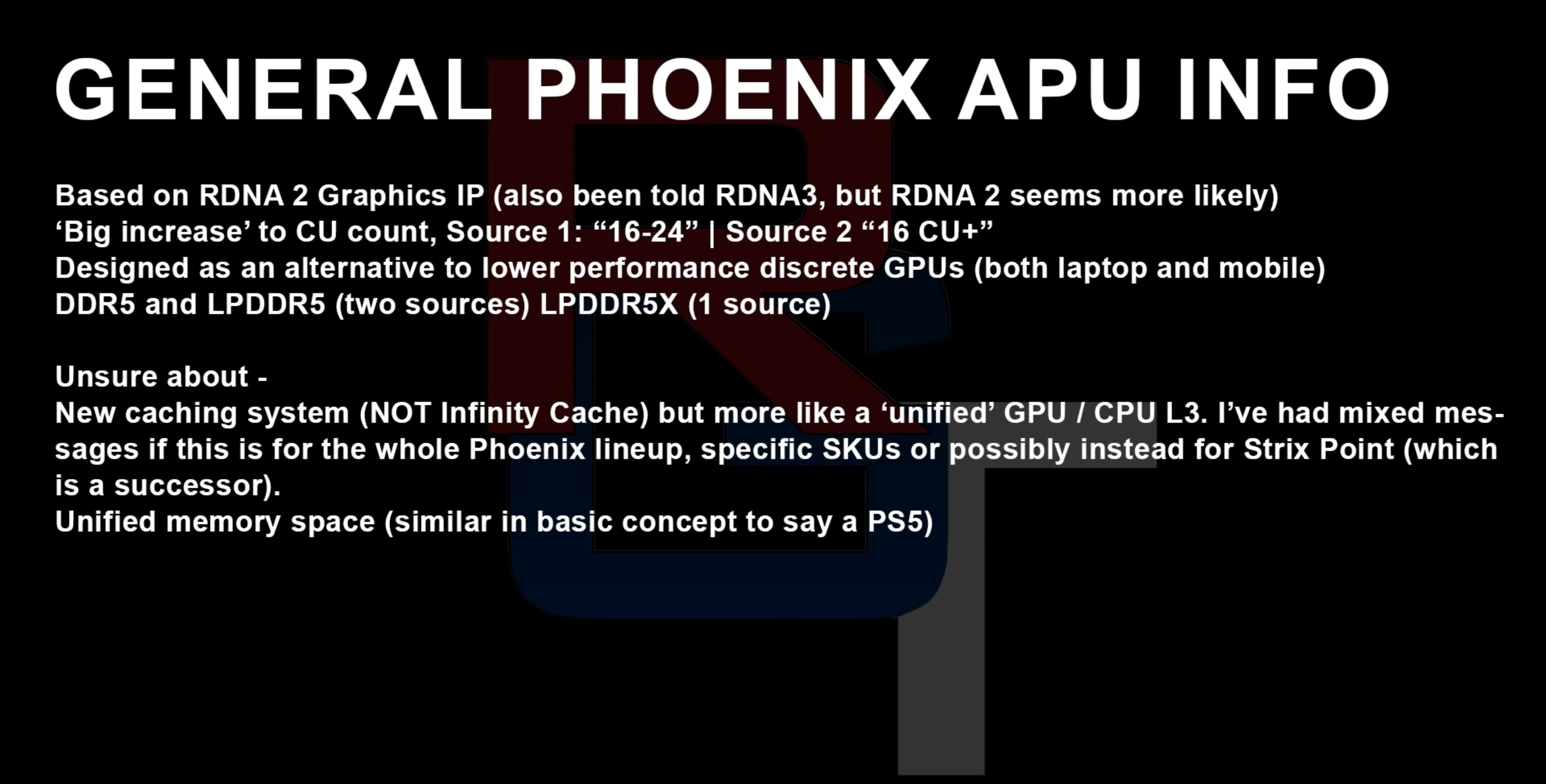 So far, we have not heard anything about the CU count on the Phoenix APUs but there are new rumors suggesting anywhere from 16 and up to 24 Compute Units. That's up to double the CUs as the current iGPU, the Radeon 680M and even at the lowest-end, that's the same CU count as the Radeon RX 6500 XT, a desktop graphics card. Just how much performance is that? We have a chart to show you the FP32 (Theoretical) horsepower:

You can see from the chart above that the Radeon 680M already offers compute prowess close to the Xbox Series S console and is faster than the desktop-grade RX 6400. The next-gen Phoenix Ryzen APUs can deliver even higher performance and exceed even more entry-level graphics solutions.

The company could fine-tune the RDNA 2 further for its Phoenix APU and we could end up getting performance faster than a desktop Radeon RX 6400 or even the RX 6500 XT within a year of their launch. This would be a game-changer for budget PC gamers as they can buy a CPU, without the need to spend $150-$199 US on a graphics card and get similar or better performance.

The Tech of The Future (For Ryzen APUs?)

Furthermore, AMD has been working on technologies that might be integrated into next-gen Ryzen APUs such as Phoenix. First and the most obvious one is 3D V-Cache and a gaming APU can benefit big time considering the Monolithic designs don't have access to higher cache as compared to their MCM siblings. 3D V-Cache has already proven its worth on the 5800X3D and it might pave way for even higher performance on Ryzen APUs which are both cache and bandwidth starved. The other technology is Infinity Cache.

Infinity Cache is definitely a huge help for the GPU, providing it with a near-to-GPU cache solution with lots of high-speed bandwidth. AMD is working to add it to its new RDNA 3 MCM GPUs in the form of MCD through vertical stacking but whether this tech ends up on Phoenix is something only time would tell. Of course, these technologies would be cool but there's a lot of work and R&D that needs to be invested to make them work so if not Phoenix, maybe the generation after that would utilize them. But at the end of the day, even without them, a CU count bump, increased clocks, and power optimizations can deliver current low-end graphics card performance on Ryzen APUs by 2023.

And It's not just AMD that is investing in more powerful iGPUs. Intel has also unveiled in its own roadmap how they will be leveraging their Arc GPU IPs for integration within their future CPUs. AMD could be looking at heated competition coming from Intel which wants to implement their latest graphics IP within Meteor Lake CPUs as early as 2023. Contrary to AMD's monolithic implementation, Intel will be using a multi-tiled approach for their iGPU and calls it a tGPU (Tiled GPU).

The GPUs will retain all the features of the IP such as DeepLink, XeSS, raytracing, and more. So it will all come down to who offers the best user experience and AMD might have an edge here with its more robust Radeon Software suite. Intel has a long way to go given all the troubles they have encountered on their first Arc launch so we will see how they stack up in 2023.

While this all will mean the end of low-end discrete graphics cards, it will be all for a good cause because we have seen that entry-level graphics cards aren't that good when compared to iGPUs anyways. This is particularly true in the laptop segment where the Navi 24 has proven to be far less impressive than the Radeon 680M. Even the desktop release has so far been disappointing and with the same performance coming to next-gen APUs, there won't be a huge benefit of spending $150 US+ on a discrete graphics card.

Which would you choose if you had a budget PC in mind?