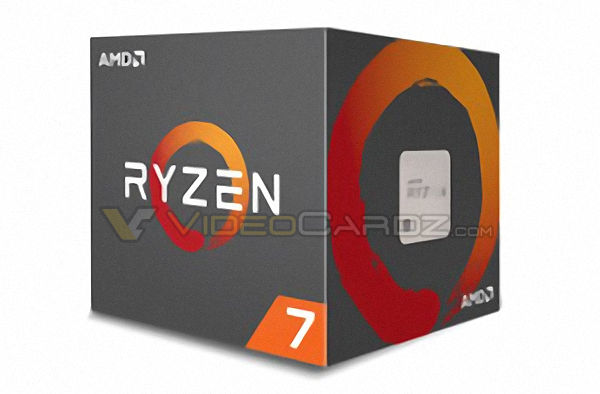 Here they are, AMD's next generation Ryzen CPUs pictured in all their glory. This is what the retail box actually looks like, courtesy of VCZ.

AMD’s President and CEO Lisa Su confirmed that Ryzen will be released in early March. It was later confirmed that the release date is in fact set for March 2nd. The new line-up starting with the $499 Ryzen 7 1800X and ending with the Ryzen 3 1100 includes 17 different models. Four octo-core CPUs, three hexa-cores and six quad-cores. All Ryzen chips feature fully unlocked multipliers, making every one of them overclocking-ready right out of the box. 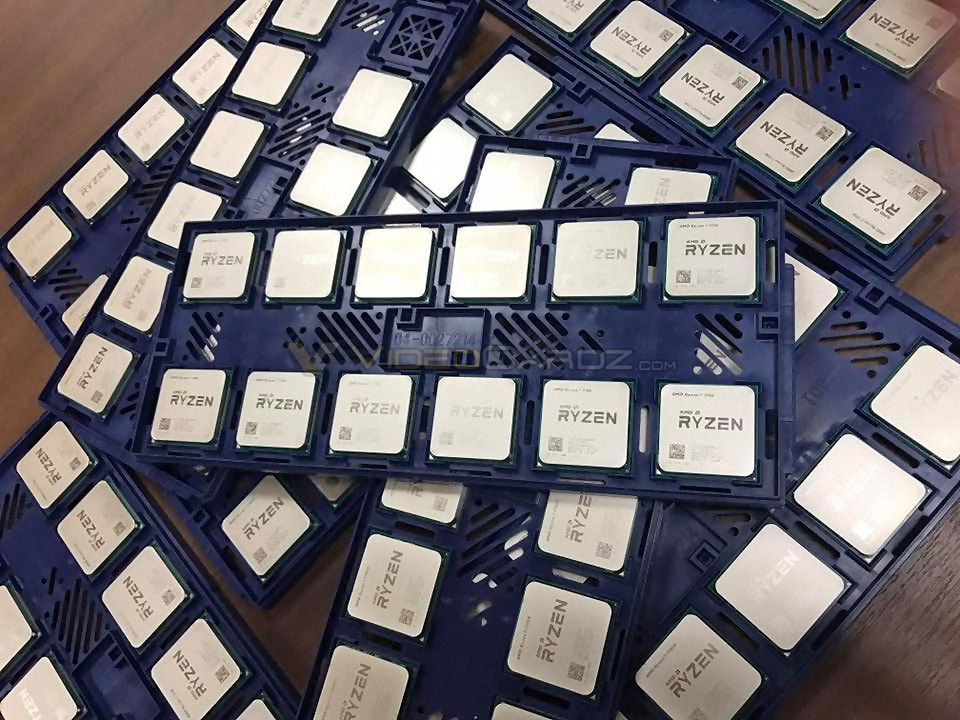 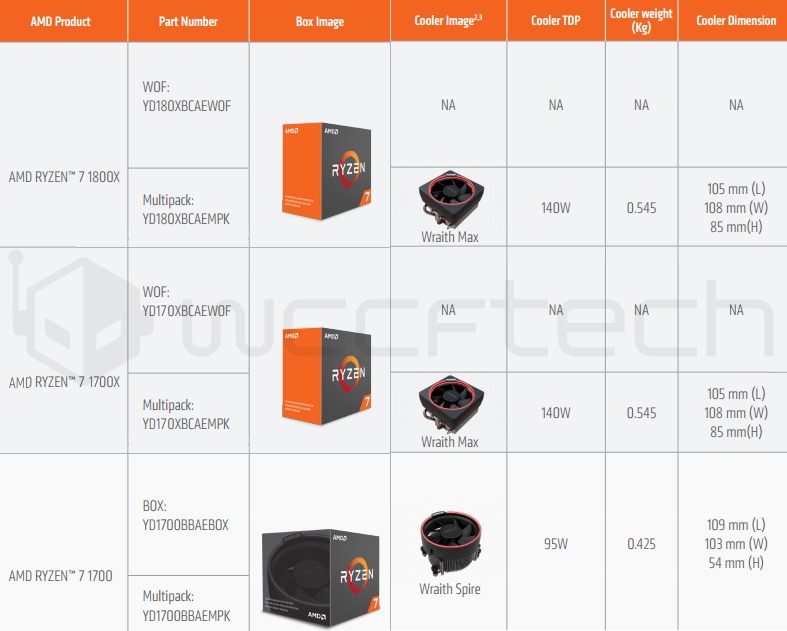 The Ryzen 7 1800X and 1700X will come in two options. A boxed chip with the brand new Wraith Max 140W cooler with RGB lighting or just the chip without the cooler. The cooler bundle costs $20 more, so for users that are looking to use aftermarket cooling they can just opt for the chip without the Wraith cooler and save twenty bucks.

The 1800X and 1700X are 95W CPUs and AMD is pairing them with a 140W cooler. The 1700 is a 65W CPU and AMD is pairing it with a 95W cooler. So the company is going all out on the cooling with Ryzen to make sure the chips run cool and the system remains very quiet.

The system pictured above with AMD's Raja Koduri clearly features one of the new RGB coolers. The ring around the coolers' fan will shine brightly with a color of your choosing. In the case of the above system the color that Raja has chosen is magenta.

In the mid range AMD will actually offer 6-core, 12-thread CPUs that'll compete in the same price bracket that's currently occupied by Intel's flock of i5 chips. We'll have two Ryzen CPUs in this segment initially. A Ryzen 5 1600X 95W Black Edition and a Ryzen 5 1500 65W chip. Just like the 1800 Pro, we've seen references to a 1600 Pro but we've yet to confirm the specs of this chip.

At the entry level of the Ryzen stack we have two quad-core chips without multithreading. Amazingly, both of these chips are actually cheaper than Intel's dual core i3 7350K. It's worthy of note that all Ryzen chips feature fully unlocked multipliers. So all Ryzen chips are overclocking ready right out of the box. You won't have to pay extra for an unlocked chip like you'd normally do on the Intel side. So long as you have an X370 or B350 AM4 motherboard, you're good to go.